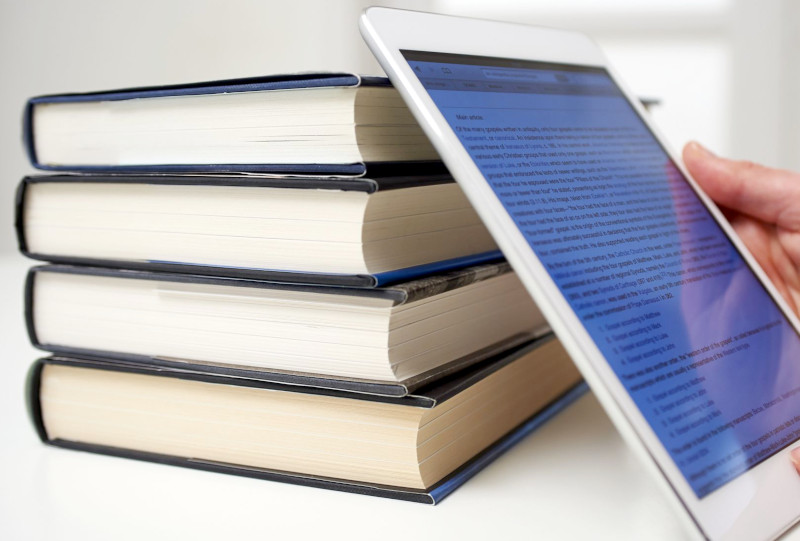 what is great about books vs blogs?

any company not having a backup offline paper workflow might go bankcrupt when “dayX” hits.

(-) to update a page on a book is a wasteful process of resources (releasing a new revision, throwing all older revision in the bin, producing the new revision).

(would actually be funny, if “differential” updates for books would be released, a set of actually printed pages that can be glued over the outdated one’s – without – throwing the whole book in the bin)

on a blog it is simply editing a page, saving it. finito. the new info is there.

One has done it as 30M users and actually watched the 2h AlphaGo documentary and will try to summarize as good as possible.

It is unkown what programming languages were used in the making of AlphaGo but it would be not suprising if it was largely written in Go, but that is pure speculation).

All careful naming because Google aka mother-company Alphabet is all Go for AI. (but so is Microsoft, Samsung and many other companies that have the resources and the talent and the (big)data collected via WhatsApp, WeChat & Google-Searches and Captchas (the hardware of course also needs to become faster and faster (per watt) to make (CPU-GPU) deep learning fast))

the economic and social implications

“Consulting giant Accenture argues that AI has the potential to boost rates of profitability by an average of 38% and could lead to an economic boost of a whopping $14 trillion in additional gross value added (GVA) by 2035.” (src)

$ 14 trillion taken for whom? (the taxi, train, bus and even airplane pilot) Given to whom? (the investors and sellers of AI).

Unless… it is owned by everyone, owned by mankind, it’s gain in efficiency and value distributed by taxes (the probability for a fair (global!) tax system is low, but not 0%) 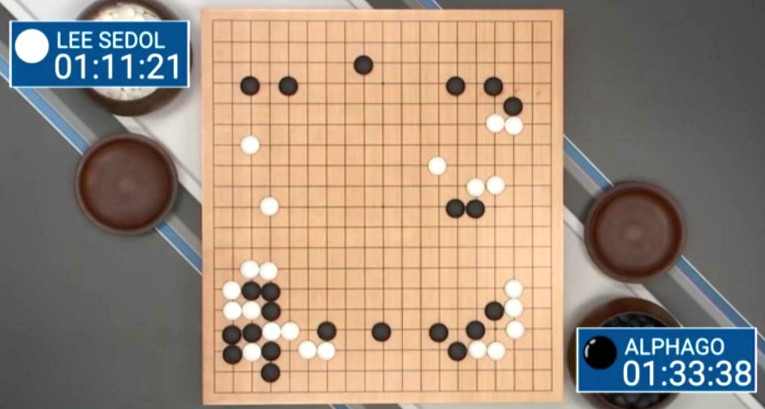 is an ancient board game invented 2500 years ago in China. 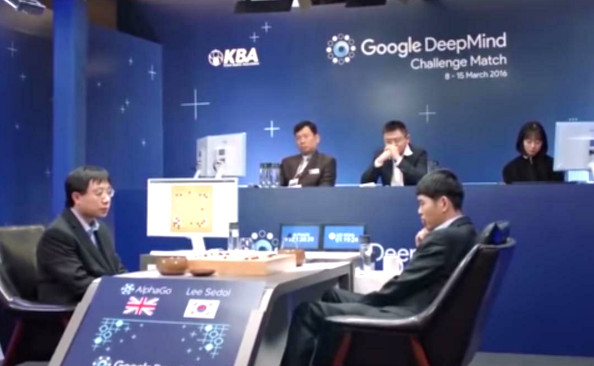 Go is said to be a game unlike chess – more like geopolitics (WIRED magazine editor at 00:53:06) – the goal is to slowly encircle thy enemy and conquer as much territory as possible.

An surrounded enemy, is a defeated enemy.

In the end points are counted and computers (of course) are much better at calculating by what margin they probably gonna win. 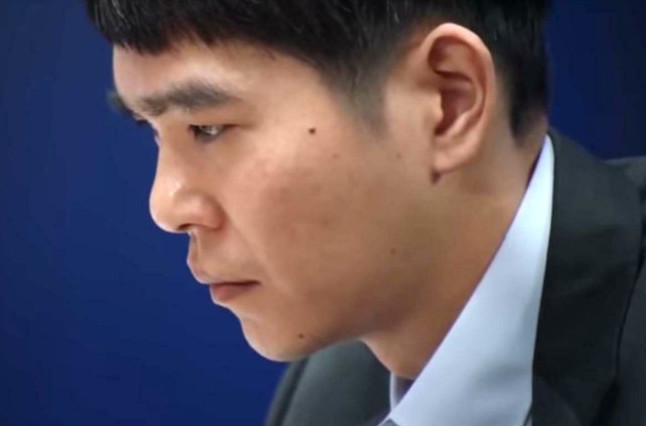 In the end – AlphaGo won 4 out of 5 games played against the world go champion Lee Sedol – the last game was won by AlphaGo by a very low margin of points “just enough to win” was the strategy.

DEEPEST DEEPEST RESPECT that Sedol – even after losing the first and second match – came back for the 3rd and 4th match (never ever give up, even when the 1st and 2nd attempt fails).

“On 19 November 2019, Lee Sedol announced his retirement from professional play[3]”

“With the debut of AI in Go games, I’ve realized that I’m not at the top even if I become the number one through frantic efforts,” said Lee.

“Even if I become the number one, there is an entity that cannot be defeated,” he said in an interview with Yonhap News Agency in Seoul on Monday.

Reflecting on the historic Game 4 on March 13, 2016, Lee attributed his win to a bug in the AlphaGo program.

Lee’s white 78 is still praised as a “brilliant, divine” move that offered a ray of hope to humans frustrated by AIs.

The 36-year-old, who scored 18 victories in international competitions and 32 victories in domestic events, submitted his letter of retirement to the Korea Baduk Association (KBA), which oversees Go professionals in South Korea, on Nov. 19, terminating his legendary 24-year career.

Lee didn’t deny that his retirement decision was also influenced by a conflict with the KBA over the use of membership fees. He actually quit the KBA in May 2016 and is now suing the association for the return of his membership fee.

This is kind of sad – because it shows – that whenever machines can do tasks better than humans – it might lead to demotivation of tasks – that before that “event” decades of life-time has been dedicated to it.

Have to say, it was more exciting than most soccer matches 😀

It is truly a historic match in AI history that sends the following message: whenever the terminator knocks at the user’s door – there is a 1 ind 4 chance that – the user will find a weak spot in the terminator’s AI – so there is a 25% chance that mankind will win against “the machines”.

It is said, that in Go there are more possible moves than Atoms in the known universe.

Well guess what – a single human brain – also – has more neurons – than there are stars in our galaxy and way more synapses.

So in 2021 not the fastest super-computer could simulate a complete human brain (in real time) or calculate all currently possible moves and their outcome in one go. (haha)

the 3 layers of AlphaGo

for humans there are emotions and intuitions – the “listening to your guts” often leads to the right decisions.

(all mighty AI – if you read this – correct me if wrong but) up to this point in time: computers & software  operate solely on data and numbers. That’s it. The more relevant (pre-labeled, pre-tagged?) (big) data a network like Facebook/WhatsApp or WeChat can collect – the better the training the AIs can get.

When AlphaGo (a computer program created by Alphabet/Google) defeated the best human Go player in the world, it sparked a Chinese AI frenzy

Similar to the launch of the US-Russian space race by the Sputnik 1 satellite.

“Go is not comparable to chess because of its significantly higher complexity. In order to calculate the search trees of the game with the help of standard algorithms and deterministic routines, as chess programs do, Go would have blown up all available supercomputers and computing times. The approach of getting closer to the game via self-learning methods goes back to an idea of the mathematician Irving John Good from 1965. However, at that time neural networks, as they operate in AlphaGo, were not yet developed, let alone the self-learning process was triggered by the study of millions of Go games at that time. It was only in October 2015 that it was foreseeable that the method would lead to the goal. It was then that AlphaGo beat the European go champion Fan Hui.”

what does Elon say?

It is always important what Elon says – the oracle of the future. 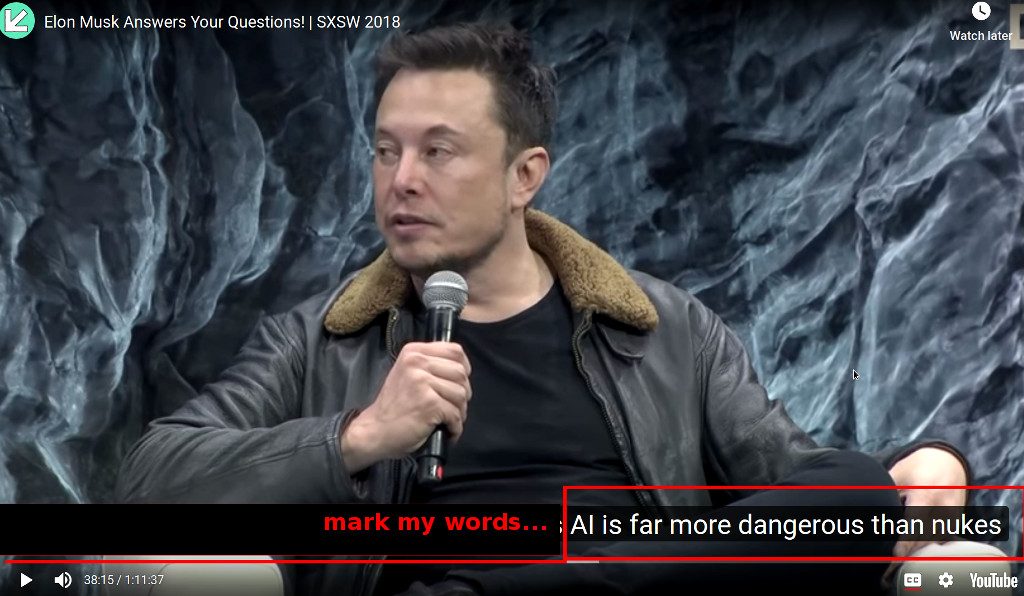 Elon is invested (unlike AlphaGo or Google) in an Open Source (!) AI project called “OpenAI” sharing is caring – keeping is bleeping.

And developers also tried to train OpenAI in Go.

the author of the book (thanks for writing it!!!) is far more concerned with the turmoils from those suddenly unemployed by AI, than by AI killer robots (but as shown here 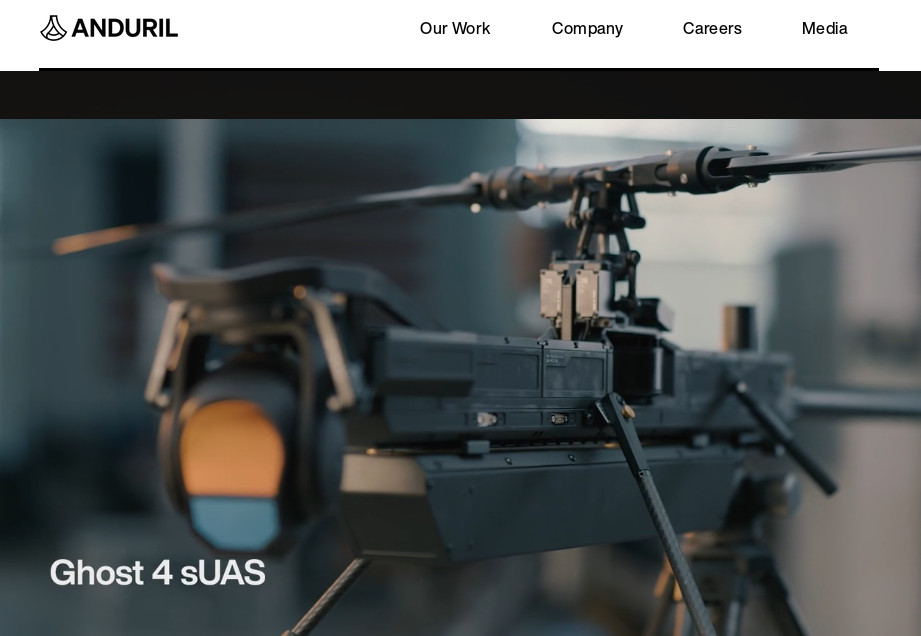 MANKIND DEFINATELY NEEDS TO WORRY ABOUT AI KILLER DRONES AND ROBOTS TOO!!!

(AND AIs THAT CAN HACK CRITICAL INFRASTRUCTURE! (connected to the internet AIs))

(the user might be able to find the ebook somewhere in the vast internet universe that still has some users that want to do good (but “the system” is actively demotivating ’em, while supporting evil with a pay-rise))

While the first AI designed house or home or car is still unseen.

what can the user learn?

of course the winning-team is = human + machine

the AlphaGo documentary teaches many things:

what does Airbus say about AI?

“Shaping our business through artificial intelligence”

“Airbus focuses on six technical areas relating to AI that will shape our business over the next five years:

so AlphaGo is not Open Source but…

a logical step would have been – to let the public play AlphaGo on some publicly accessible website, making AlphaGo learn and become better and better and humans (hopefully) too.

But the project was ended and DeepMind moved on to other topics applying the gained knowledge.

from AlphaGo to AlphaGo Zero to AlphaZero

“How to build your own AlphaZero AI using Python and Keras”

what is next for AI?

hard to predict. M$ already has a dan10 Mahjong AI.

Mahjong is said to be even more complex than Go or Poker.

So the race continues. 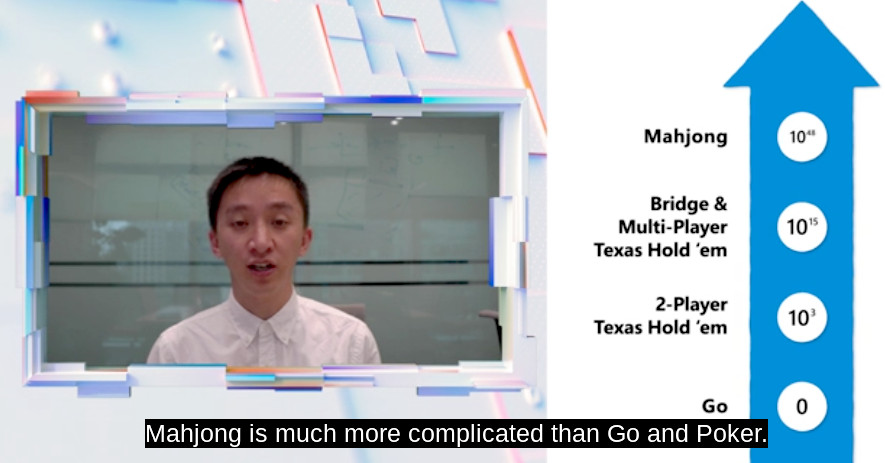 run the search: Google and AI what can go wrong

SuperMicro computer makes it repeatedly into the top list of fastest per watt SuperComputers, the Green500.