Mozilla foundation – how to regain trust and users

Ok, let’s put this straigt. Mozilla HAD (!!!) a contract with Google from 2012 – 2014 that showered them with money – which they probably got a lot of shitstorms, and online-bashing.

But even worse: Google stole a lot of Browser-Market share from Mozilla.

Well i guess Google paid Dollars – but Mozilla paid double. (passing on data to google about searches and loosing users)

Despite these evil deals I personally have a good feeling about the Mozilla foundation – but those kinds of deals can massively undermine the TRUST that Mozilla is still serious about it’s goals. (it really was not very comfortable to go into settings, trying to make https://startpage.com the default search… while not knowing if the “AUTO COMPLETE SHIT” still was send to Google… NOT NICE!)

Never the less – it seems like Mozilla (former Netscape) survived – and hopefully did not sell it’s soul to the devil of money YET. (if you won’t believe me but brain scientists actually have proven the psychological effects of money on people, communities and society are DEVASTATING (split, split, split, fight, split)

After all – what users like is high quality software +innovation and maybe even DEMOCRATIC STRUCTURES – like “propose a feature” then “vote on that feature” and Mozilla will explain why this is a good idea for the road map of Firefox or why not.

YOUR ONLY CHANCE OF WINNING BACK MARKET SHARE IS IF YOU WORK CLOSELY WITH THE COMMUNITY AND MAKE A BETTER PRODUCT.

listen to what the community has productive input, make firefox easier to handle, faster, more efficient, easy and convenient to install and update.

Small filesize would be a bonus.

Even if that means new concepts – back to scratch and rewrite, rewrite, rewrite yeah its hard work to surpass the v8 engine 😀 and Google has definitely more money – so score on everyday-convenience while also protecting privacy – where Google will ALWAYS SUCK. 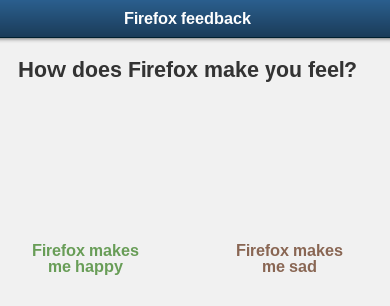 -> please give them input and feedback about their products – so they see you care. 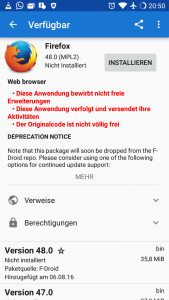 <- it’s a good thing, that firefox is also available as an App in the alternative app-store f-droid.org… but f-droid says they gonna drop it soon… and one should download it manually.

Note that this package will soon be dropped from the F-Droid repo. Please consider using one of the following options for continued update support:

We urged Mozilla to enable auto-updates for release builds in 2015 — see bugzilla — but the issue seems stalled. So even when you download Firefox manually, make sure you revisited the download link from time to time.

Mobile version of the Firefox web browser. Uses the Gecko layout engine to render web pages, which implements current and anticipated web standards. Features include: bookmark sync, custom search engines, support for addons and the ability to enable or disable the search suggestions.

Tracks You
This application tracks and reports your activity to somewhere. more…

BUT DO NOT TRAST ANYBODY – RESEARCH FOR YOURSELF! THINK FORYOURSELF -> SOURCECODE OF GECKO-ENGINE, FIREFOX AND THUNDERBIRD and give feedback! THANKS 🙂

THATS A SHITLOAD OF MONEY – What do you do with all that money?

And how can you stay “independent” if 90% of your income come from the monopolist of Search Engines?

“The specific terms of this commercial agreement are subject to traditional confidentiality requirements, and we’re not at liberty to disclose them.”

“A choice of device will determine much of your online experiences — the software and content available to you, what payment systems you can use, where your data goes, which if any of your data you can manage, the way you identify yourself to the world,” Baker wrote in a blog post on Nov. 10. “People and businesses are able to innovate within the frameworks determined by larger businesses. One can only act as you’re given permission. Frankly, this direction for the Internet sucks.”

Some analysts believed that Mozilla’s switcheroo to multiple partners — it will restore Yandex Search in Russia, for instance, after dumping it in 2012 — will bring in more money. “Mozilla realized they could make more money by splitting up defaults by region instead of signing a single global deal,” opined Ben Thompson in his Thursday Daily Update to paying subscribers of Stratechery.com.

But Mozilla’s contribution may have been less attractive to Google over time as Firefox’s share of all browser users has declined — according to metrics firm Net Applications, Firefox’s desktop user share has fallen 37% since the late-2011 contract the two signed.”

Packt with the devil… never ends good i guess.

The Aim: How to keep your BigData for BigBrother footprint small

Because after all – that is the program you type a lot of passwords into – like webmail – logins to banks and blogs – while backdoors can (of courseso) also be in your OS or your hardware – it could also be in your browser – so can you trust it? it’s critical and would render things like TOR useless if you could not trust it.

“The web is one of our most valuable public resources — it’s Mark Surman’s job to protect it.”

Whenever there is a lot of cash involved … from one single donor – things get biased – and i have heared of Google-people beeing working at Mozilla – probably just to steal the knowledge and incorporate it into Chrome – then outsmart the whole thing.

So the current financial system actually “KILLS” creativity and competition.

There is (unfortunately) no doubt about that: Otherwise: Where can i apply for a loan that i do not have to pay back if my idea turns out to not sell? (And why is https://www.kickstarter.com/ sponsoring so much nonsense?)

The fact Mozilla is still around and still some kind of independent is pretty cool and massive. But they also struggle with the current financial system.

I am not sure about the internal workings of the Foundation – but i just hope they did not sell their souls to Google YET.

Wikipedia has definitely felt the influence of the $-control-system – while scientific articles are great – some articles get corrected to reflect Washington’s views on politics and history.

Wikipedia is another monopoly who just killed all the other Encyclopedias that existed on this planet.

For example – people that investigate 9/11 like Dr. Daniele Ganser a swizz historian are associated with being “conspiracy theorists” – Daniele lost his job (i guess he found a new one – publishing books – enough to drive a Tesla apparently) – how does Wikipedia do that?

By hiring a whole “human botnet” of unemployed (e.g. GERMAN MUSIC) students – so i guess the NSA is also on their “sponsors” list.

One day i had a little overdose of paranoia: Ever pasted a shitload of mail addresses into your icedove/thunderbird “To:” line?

don’t be confused by the name – “chrome” in this case does not mean Mozilla stole or incorporated source-code from Google’s (also OpenSource) “Chromium” project – that is actually stealing market share from Mozilla Firefox quiet fast.

Thunderbird = Icedove’s sourcode is (packed) modest 200Mbytes and you can get it here:

no Trojan could be found there… paranoia deleted.

After all if you look closely – Thunderbird seems to be a dynamic website running on a modified Firefox – that’s were all the javascript comes from. I mean that makes sense – Mail-Programs also have to render HTML-Mails.

guys… if possible… not too much JavaScript… it’s kinda slow 😀 and not won’t add to the reliability of your products.

YOU ARE FIRST SPONSORED – THEN EATEN UP BY GOOGLE!

“Royalty revenue totaled $306 million in 2013, up $3 million, for a very small increase of just 0.5%. In 2012, Mozilla‘s royalty payments had doubled over the year before due to a new contract with Google, its global search partner, that was signed in late 2011.

At the time, reports circulated that claimed the contract guaranteed Mozilla $1 billion over the three-year deal.

As it has in the past, Mozilla did not name its largest source of income, saying only that, “Mozilla entered into a contract with a search engine provider for royalties which expires November 2014. Approximately 90% of royalty revenue for 2013 and 2012, was derived from this contract.”

But that “search provider” was Google.” 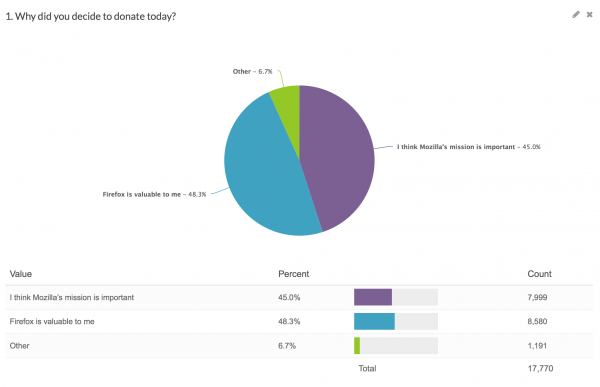 if you can to keep Mozilla Open, Independent and respect Privacy https://donate.mozilla.org/?source=donate_redirect

i don’t think this is true: https://fundraising.mozilla.org/bitcoin-donations-to-mozilla-17-days-in/

the overall financial system and economy is not doing good – suprime crisis of 2008 is not yet over – it’s just delayed – they are still trying to put out the fire.

But i guess NOBODY KNOWS EVERY ASPECT OR WHAT MIGHT BE HIDDEN IN CHROME’S 10GBytes of SOURCECODE:

What Other Browsers are still in the Game:

i searched the apt cache:

garmin-plugin – browser plugin for communication with the fitness websites

webhttrack – Copy websites to your computer, httrack with a Web interface 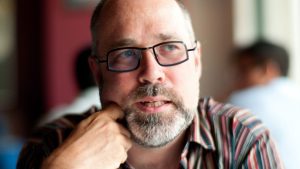 The web is one of our most valuable public resources — it’s Mark Surman’s job to protect it.

Mark is Executive Director of the Mozilla Foundation, a global community that does everything from making Firefox to taking stands on issues like privacy and net neutrality. Mark’s main job is to build the movement side of Mozilla, rallying the citizens of the web, building alliances with likeminded organizations and leaders, and growing the open internet movement. Mark’s goal is nothing short of making the health and accessibility of the internet a mainstream issue around the world. 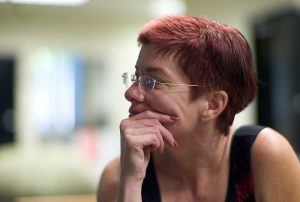 That gives you a feel for the tone of the messages overall.

While working through this sample, I made a note of comments that stood out to me. This selection is looking for an inspiring (rather than a purely representative) sample.