kickstarter -> the most useless projects on earth with 8 Million USD FUNDING!

Why do the most useless projects get the most funding?

don’t get me wrong… i am not envying anyone… i am just asking questions: Why do projects that you play 5min then dump in the trash causes people to donate 8 MILLION USD!? 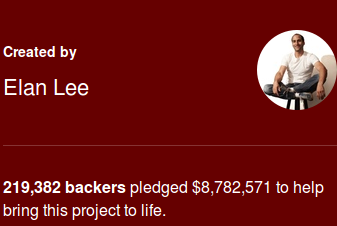 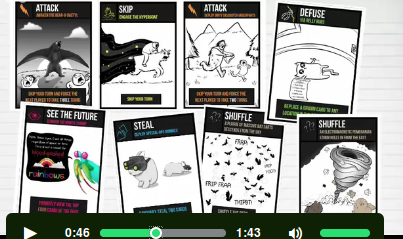 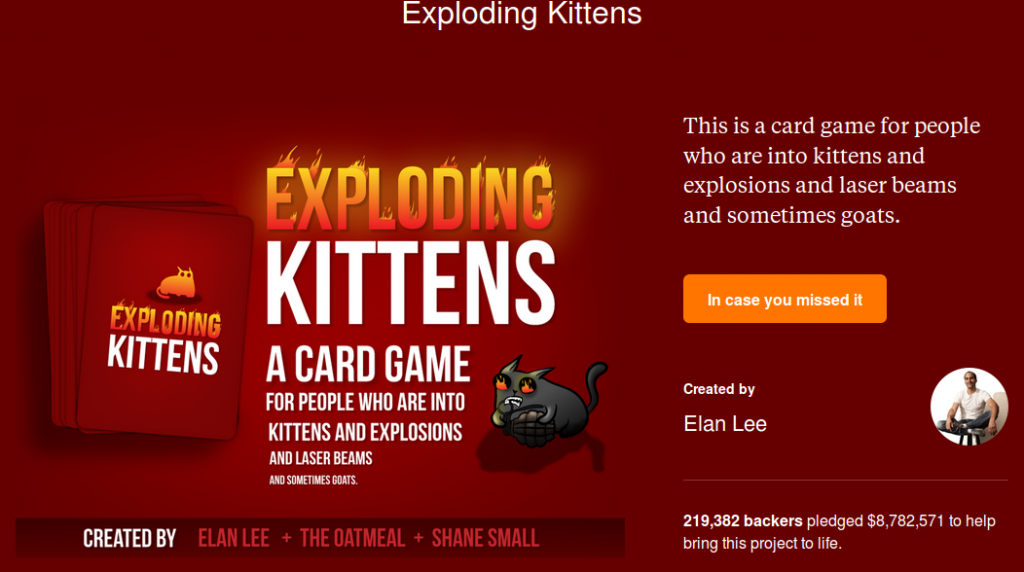 This is 40USD FOR EACH BACKER!

does it reflect the state of insanity and madness of this homo “spaniens” (not so wise) civilisation?

i guess it does.

we are completely emotion driven and distraction paralized monkey shitheads – always ready for the fun – even if it kills ourselves.

i try to give an answer: people think its fun to play card games – while the rest of their world falls apart. (cool but deadly distraction)

well… if the world really dies… let’s have some fun? (this is totally irresponsible and not an option)

I JUST HOPE THEY USE THAT EARNED MONEY TO MAKE THIS WORLD A BETTER PLACE! OR I GONNA MAKE A NEW REALITY-CARD GAME: “EXPLODING IDIOTS”

… argh i guess this “Game” is allready invented: It’s called

it might be fun… until the first bullets fly in your direction.