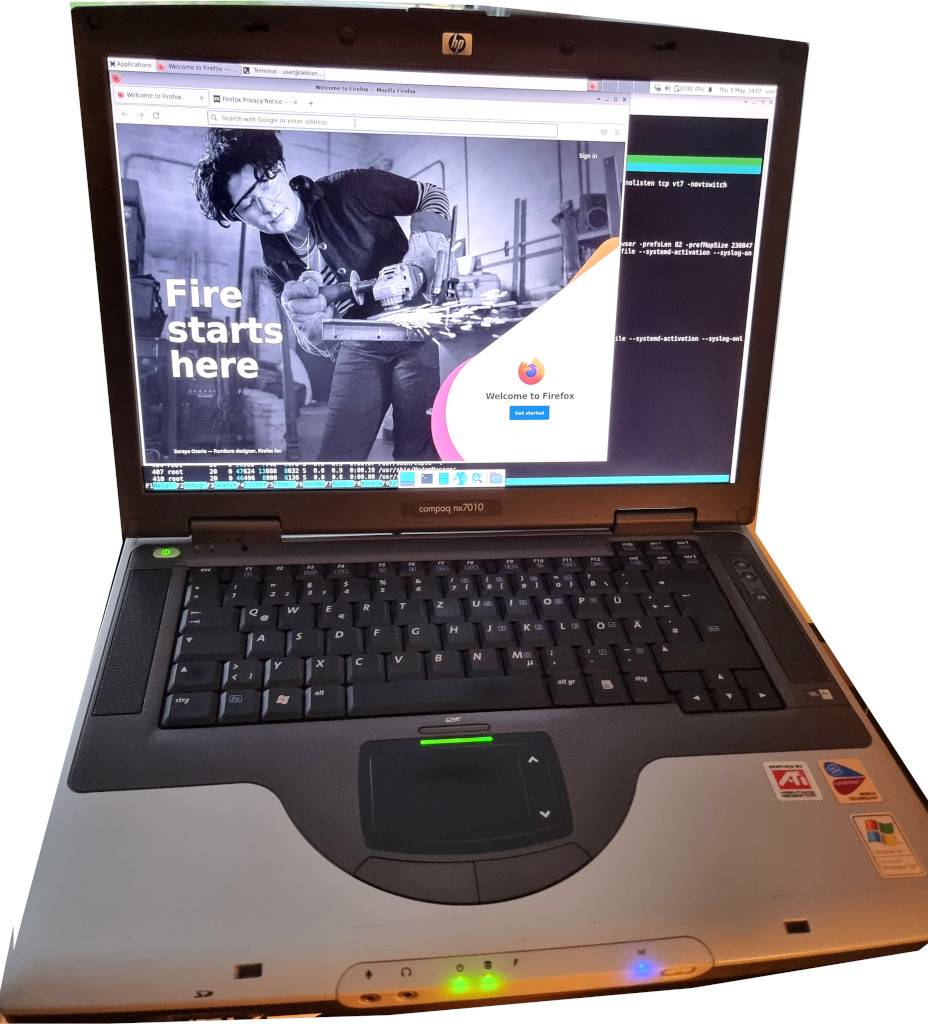 how to setup GNU Linux on this old hardware?

two options: (as booting from USB does not really work with computers that old)

(it does not do much, but it still exists… as a name)

“Compaq Computer Corporation (sometimes abbreviated to CQ prior to a 2007 rebranding) was an American information technology company founded in 1982 that developed, sold, and supported computers and related products and services. Compaq produced some of the first IBM PC compatible computers, being the second company after Columbia Data Products[1] to legally reverse engineer the IBM Personal Computer.[2][3] It rose to become the largest supplier of PC systems during the 1990s before being overtaken by HP in 2001.[4] Struggling to keep up in the price wars against Dell, as well as with a risky acquisition of DEC,[5] Compaq was acquired for US$25 billion by HP in 2002.[6][7] The Compaq brand remained in use by HP for lower-end systems until 2013 when it was discontinued.[8] The brand is licensed to third parties for use on electronics in Brazil and India. ” (Wiki)

(Elon) “He moved to California in 1995 to attend Stanford University but decided instead to pursue a business career, co-founding the web software company Zip2 with his brother Kimbal. The startup was acquired by Compaq for $307 million in 1999.” (no wonder they went BROKE X-D)

“The same year, Musk co-founded online bank X.com, which merged with Confinity in 2000 to form PayPal. The company was bought by eBay in 2002 for $1.5 billion.” (Wiki)