“But when the enclave is also handling in-enclave exceptions (e.g., timer interrupt or division-by-zero), the vulnerability provides a brief window for a local attacker to hijack the control flow of execution by injecting an asynchronous exception immediately after the enclave is entered.

Armed with this capability, the adversary can then corrupt the in-enclave memory to leak sensitive data such as RSA private keys or execute malicious code.” 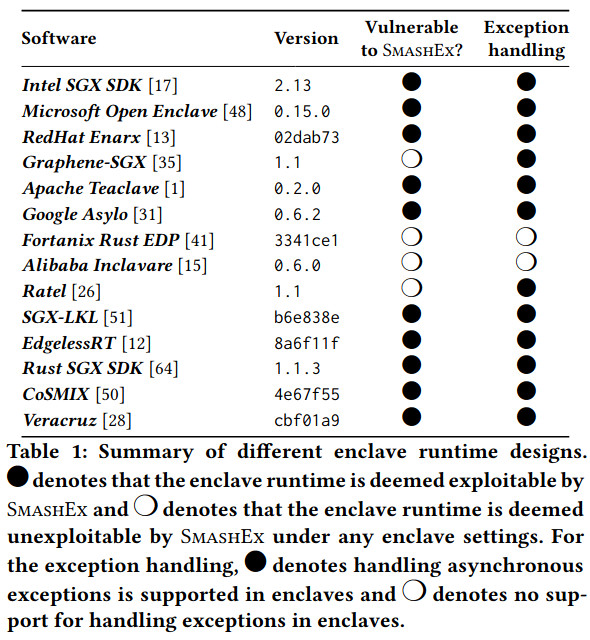