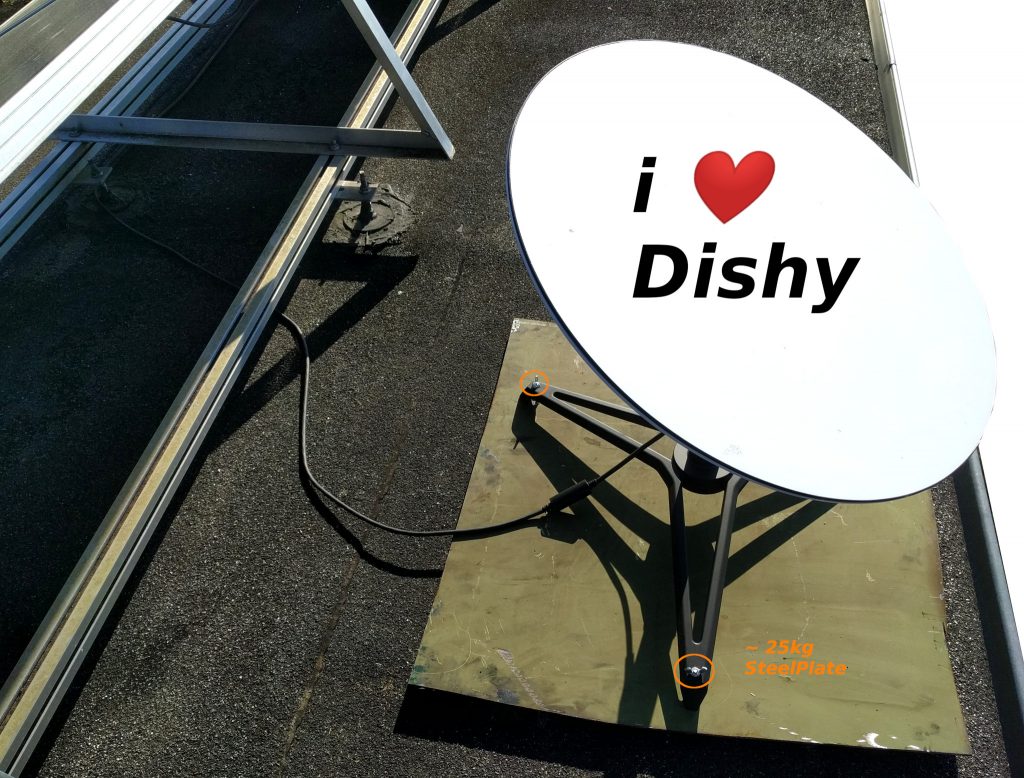 How to get StarLink Support:

StarLink has “traditional” internet service provider “panic” and unless Quantum Internet (which can also be realized via satellites) comes into place, StarLink does not have to panic.

(Amazon with project “Kuiper” will provide some competition launching their own 3,236 low Earth orbit internet service satellites, providing internet speeds up to 400 MBit/s thus might drive down prices 🙂

but also StarLink will upgrade: to 300 MBit/s and latencies around 20ms.

DO NOT DRILL HOLES IN ROOF!

WATER WILL DROP THROUGH AND RUIN THE HOUSE WITH MOLD!

A LITTLE BIT OF PASTE CAN NOT FIX THAT!

IT CAN NOT BE SEALED WITH A “BIT OF SILICON PASTE”! 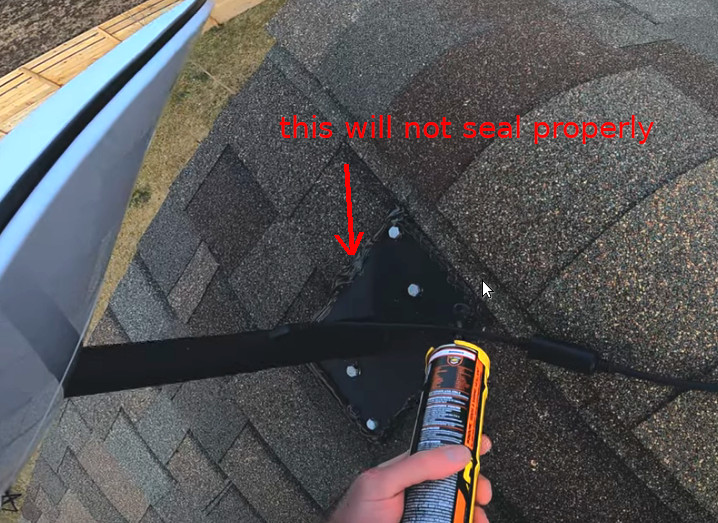 THERE NEEDS TO BE A-ROOF-OVER-THE-ROOF (UV RESISTANT HARD-PLASTIC OR EVEN METAL) CASING THAT COMPLETELY COVERS THE HOLES OF THE SCREWED-UP-ROOF OVER THE RIM! (NOW A 3D PRINTER WOULD COME IN HANDY) 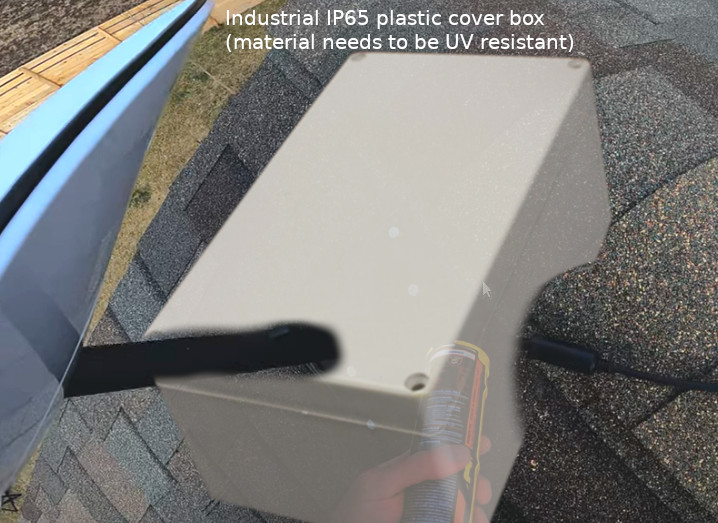 this is a very bad drawing, but the user get’s the idea, there need to be a complete roof on top of the roof (under which the screws are completely dry)

OR: FIND A WAY TO ROOF-GLUE-MOUNT THE DISH!

(plus: a still dry home with no mold) 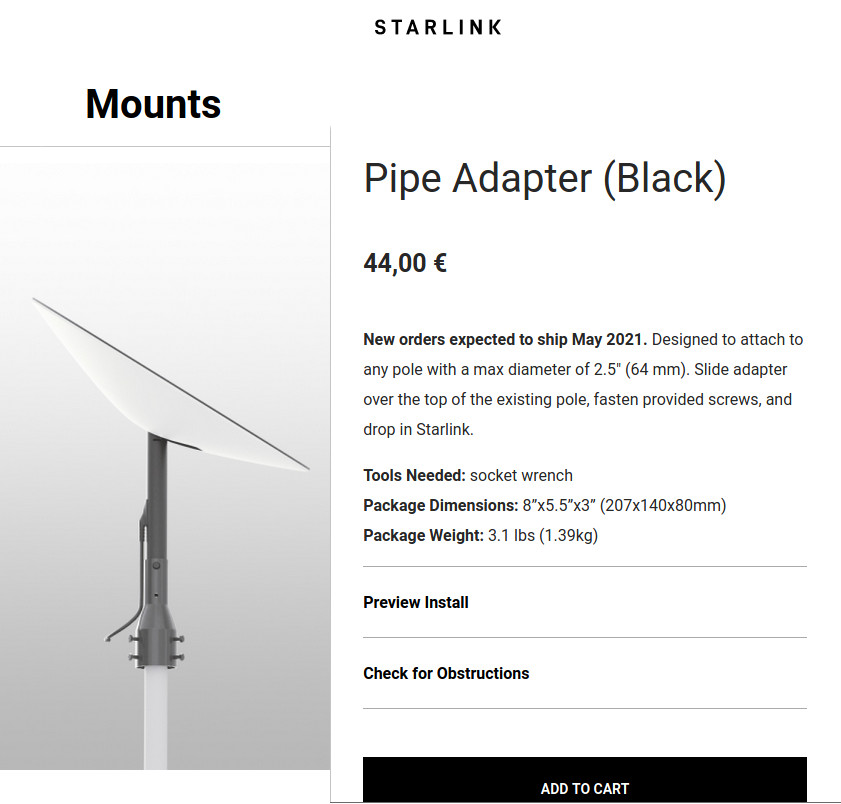 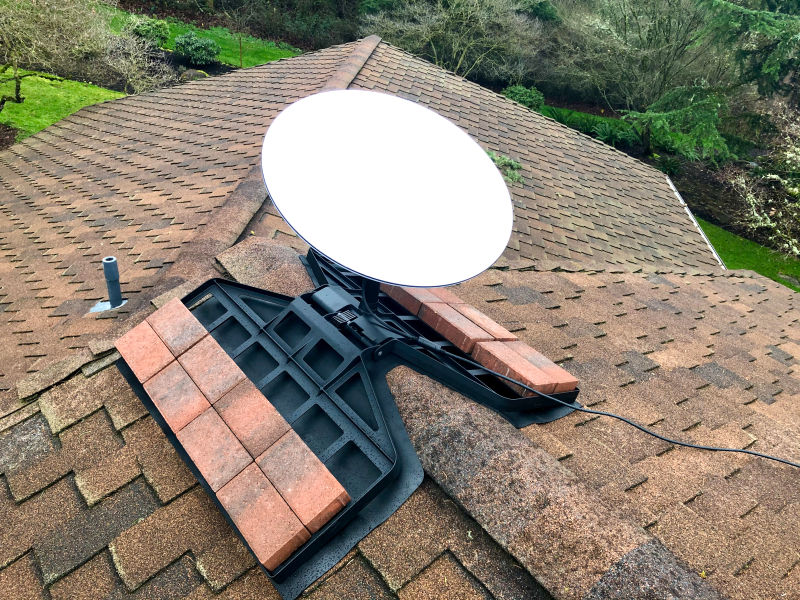 in case of hurricane: bricks might not be enough, go for SOLID METAL BLOCKS (LEAD IS POISONOUS! BUT STEEL IS ALSO VERY VERY HEAVY X-D)

“heard from several fellow Beta testers wondering how I was able to order the Ridgeline Roof Mount since it still isn’t showing up on the Starlink web site. That was the case when our Starlink arrived, so I put in a support request to Starlink saying I needed the Ridgeline Mount to be able to test the system in a place with a clear view of the sky. I got a response from the support person saying they could order that mount for me, using the credit card they had on file. So give that it a try if you want one. It might work for you also.

Even that is better: 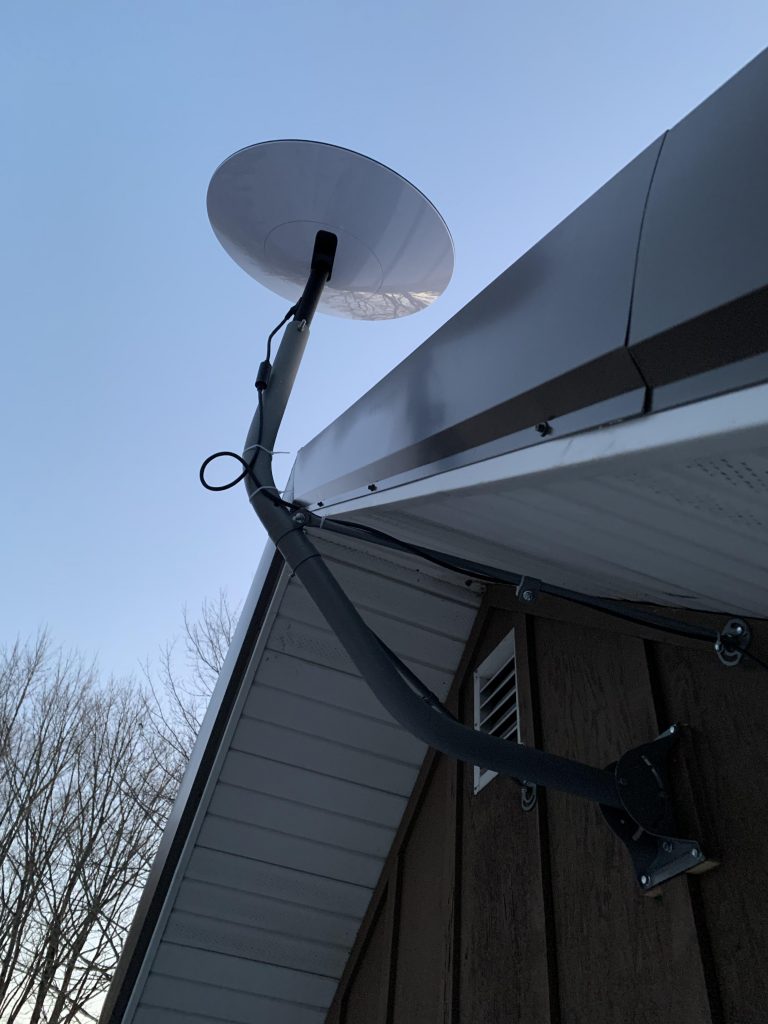 how reliably is it?

We’re working on some software features that are going to make this much better and, long-term, the clearance you’ll need is going to shrink as the constellation grows. So this will get much better!

Also, hot short-term tip! The satellites clump up around 53 degrees latitude (north and south). So I would focus on keeping that part of the sky clear as we keep improving this!”

“Dishy” CAN DETECT AND MELT SNOW!

“It has a 150watt heating coil inside to clear itself of snow.” (so the heat comes from active heating coil in the dish, not the data-beam from the satellite X-D) (src: reddit.com)

“A: Your Starlink will detect and melt snow that falls directly on it, however accumulating snow around your Starlink may block the field of view. We recommend installing Starlink in a location that avoids snow build-up and other obstructions from blocking the field of view. Heavy rain or wind can also affect your satellite internet connection, potentially leading to slower speeds or a rare outage.”

also: not so mobile

“Q: Can I travel with Starlink, or move it to a different address?”

Your Starlink is assigned to a single cell.

This is constrained by geometry and is not arbitrary geofencing.” 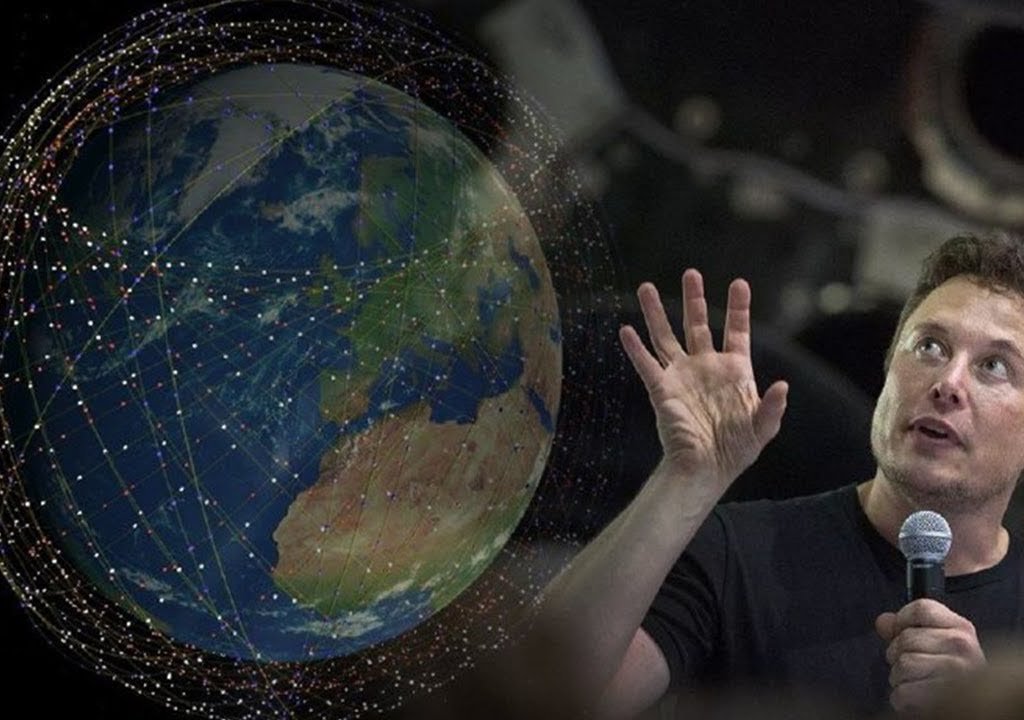 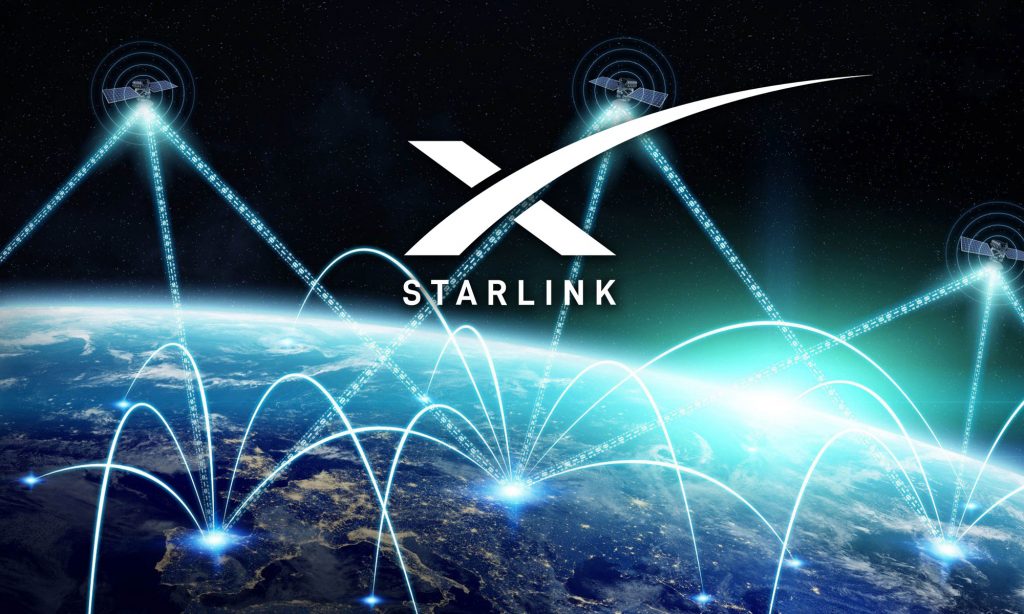 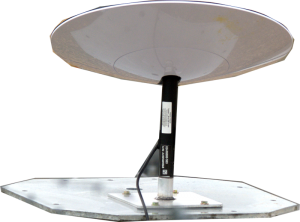 available in what countries when?