are meta-languages the solution? – Corona-Virus-Pandemic-Lockdown increased activity on GitHub – trends in programming languages according to GitHub (Microsoft) and StackOverFlow – the loved – the dreaded – the wanted 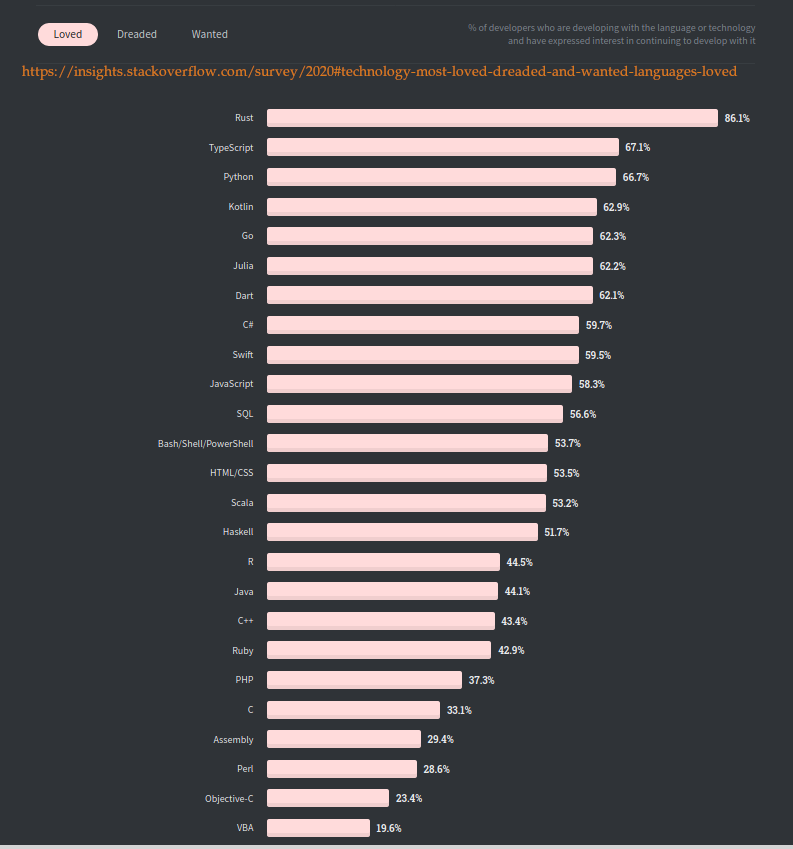 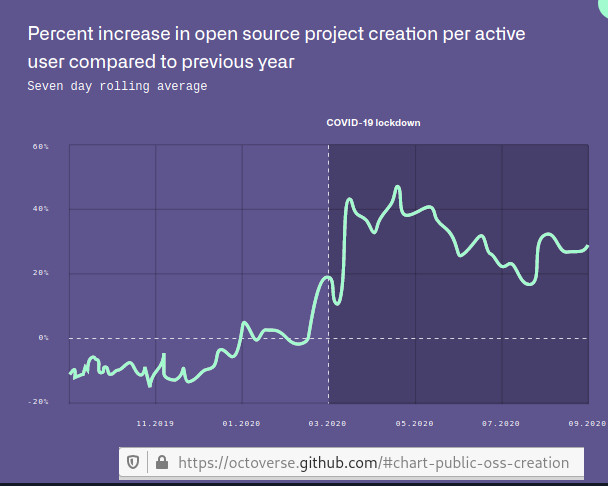 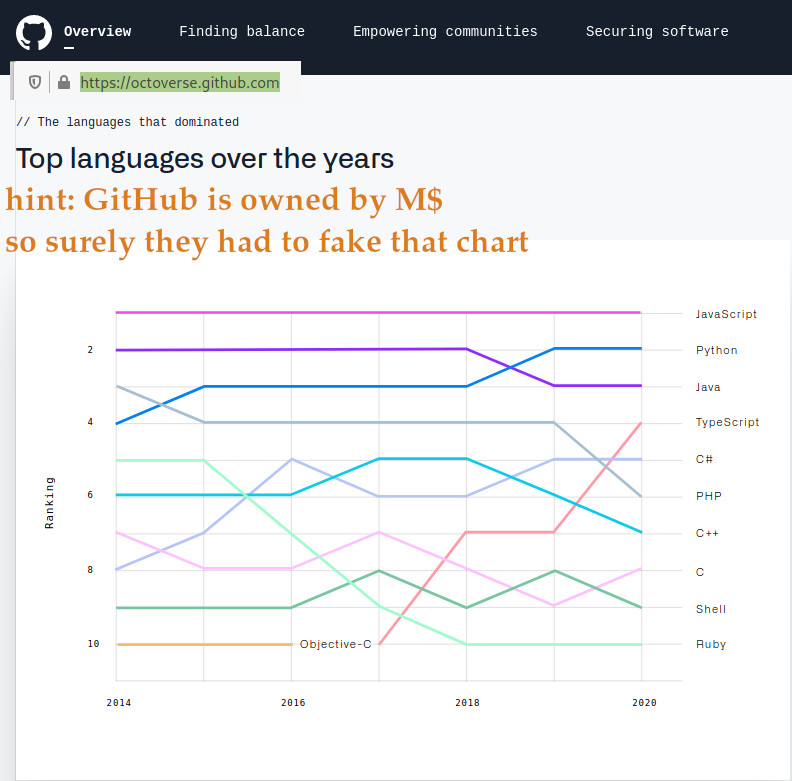 this chart is a bid bad, it looks like Objective C (Apple & IPhones) had ANYTHING to do with TypeScript (it has not) src: https://octoverse.github.com/

vs activity on StackOverflow: https://insights.stackoverflow.com/survey/2020#technology-most-loved-dreaded-and-wanted-languages-loved 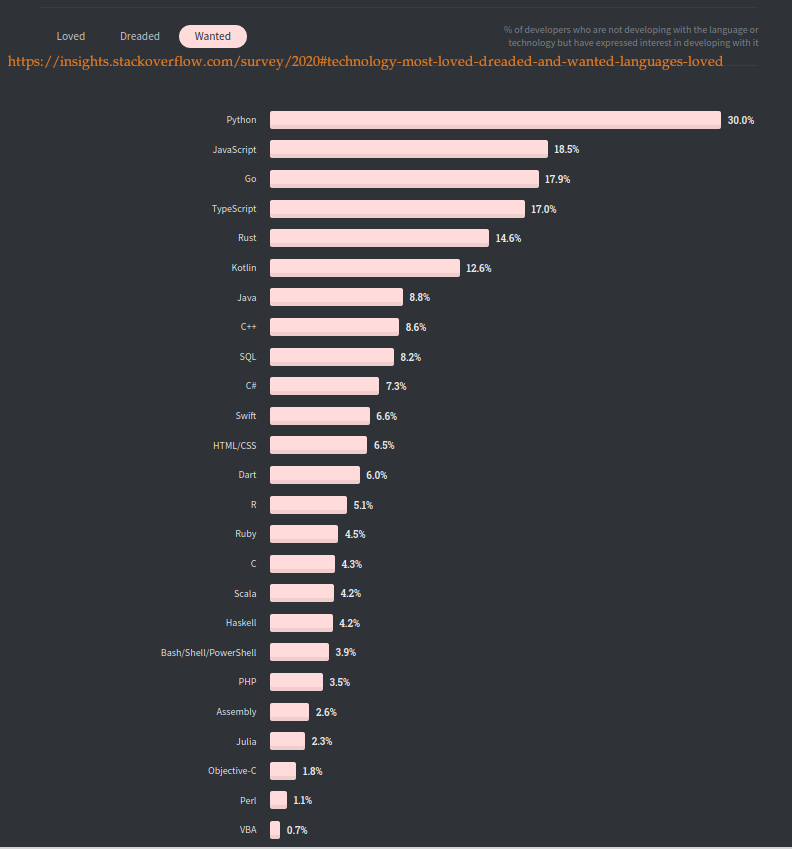 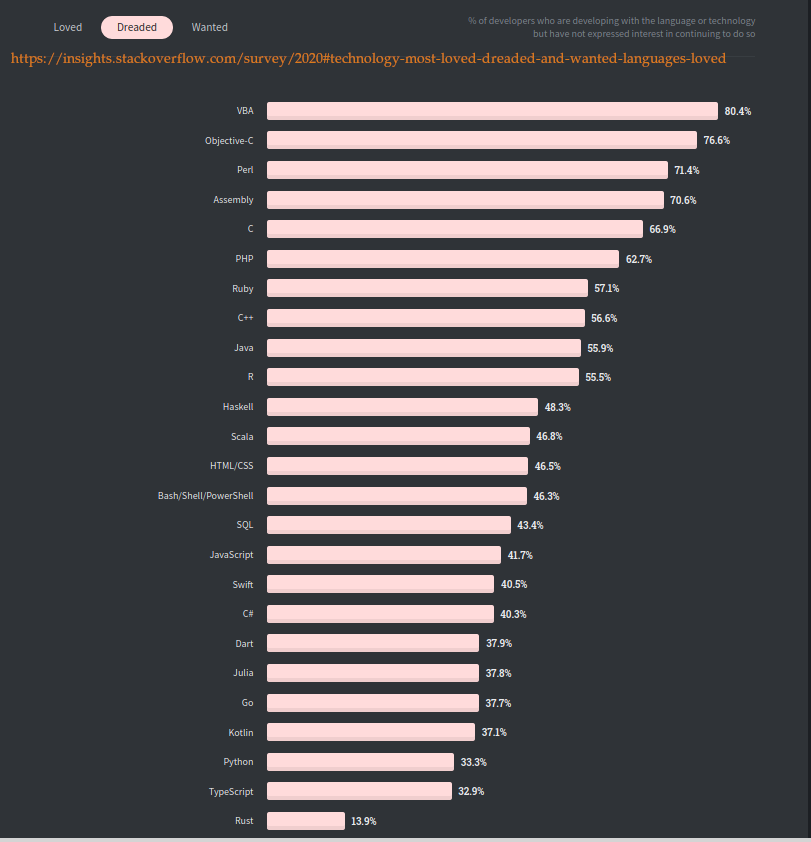 there is a saying “never trust a chart, that you did not fake yourself” X-D

(which probably just means: the data will never be a perfectly representation of reality (because some users block JavaScript and cookies so not a lot of info can be collected of them) it is not always clear where the data came from)

it would be great of the developers of a language to state their mission goal, because then it becomes clear for what purpose the language was build… and it becomes test-able if the lang serves that purpose well or not.

dev-philosophy: humans make mistakes – only god writes perfect software – and nobody is god – nobody wants to be nobody.

imho while Linus Torvalds considers anything but c “bullshit”, if a software works or not, probably depends on more factors ( a lot of languages are written in c, so to understand those languages (look under the hood (of Open Source) in the detail, knowledge of c is still needed).

interesting realization: developing in JavaScript directly is a bad idea because the lang just sucks. so the only thing possible to do is: develop a new language that does not suck and compile to JavaScript.

why is this approach not taken by other languages?

have a meta-language that then compiles to Java, PHP, C, C# or what the user wants. ( https://www.sparxsystems.com/ this expensive tool for Unified Modeling Language called Enterprise Architect.[2] can compile diagrams to many languages)

in the end the idea is:

ok actually it is, C is basically a meta-language (translates into) Assembler.

Almost nobody develops software in assembler directly, because it is so humane-brain-incompatible language, so C is the “meta” language that compiles into Assembler.

the problem with this approach is that a lot of software (with errors) is involved and unless all errors are found in all layers the product might be a unusable binary. (crashes… behaves weird in an undebuggable way… what is known from C++ an Win95 X-D)

so what is needed (AGAIN)