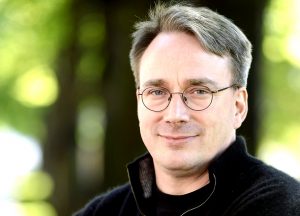 “The function resets the cache not only when necessary, but also on the “order” of any application.
Linus Torvalds, the Creator of the Linux kernel, opposed the addition of the L1 data cache reset function when context switching to the Linux kernel version 5.8. This feature was proposed as a protection against vulnerabilities of the Spectre class and other cache leaks.

The problem is that the function resets the cache not only when necessary, but also at the “order” of any application. In multitasking OSS such as Linux distributions, this will reduce the performance of not only the application itself, but also the rest of the processes. Of course, this state of Affairs is not suitable for highly loaded server systems. According to Torvals, resetting the L1 cache makes sense only for Intel processors, and where it is not required, the function will be superfluous.

In fact, as usual, the Creator of the Linux kernel expressed himself much more clearly. “I don’t want some apps to think,’ Oh, I’m so special and beautiful, and I’m such a pretty little flower, that I want to flush out the L1D every time I switch tasks, regardless of what CPU I’m running on or whether there’s a problem at all, ‘” Torvalds said.

The developer from Amazon is responsible for the patch that resets data from L1 when changing contexts.

However, neither he nor Intel representatives have yet commented on the proposed feature in any way. Whether it is really so necessary and effective, they also do not specify.” (src)

Linus loves programming and has learned coding at a very early age.

He started in Assembler then moved to C and has sticked to it since.

He can foresee what Assembler code the C compiler will create and loves micro management.

He said, that from a computer’s perspective, writing programs in the C way makes sense.

Thanks to this massive C geek super power, his love to programming and of course the GNU Compiler (and the C Super Powers of Mr Stallman) gave existence to the highly resource efficient yet secure GNU Linux operating system kernel that is now running on so many devices, and in contrast to Windows: it is Open Source, it (should)  respecting the user’s right to privacy and updates are eternally free.

But yes… upgrading from Debian 7 to Debian 10 might not work. Just as in Windows re-installation from scratch might be required.

Also installing too much programs on GNU Linux will just get the user in the same kind of trouble as Windows users.

“C++ is a horrible language. It’s made more horrible by the fact that a lot of substandard programmers use it, to the point where it’s much much easier to generate total and utter crap with it. Quite frankly, even if the choice of C were to do *nothing* but keep the C++ programmers out, that in itself would be a huge reason to use C.” (src: reddit)

“Java what a horrible language”

“Disregard of why Linus Torvald think that Java is garbage let’s make our own assessment with regard Java vs C and calculate the global impact.

did you know that Linus gives kernels not only versions but names?

so what does mean?

hover mouse over stars then click to rate this article: