Of course: this madness operates – just as tax avoidance – completely within the legal frameworks of countries with politicians that are open to “donations” (it is called CORRUPTION -> corrupt laws to profit the few).

Of course capitalism is all about profits.

Especially with this cancerous kind of exploitational economics – it is not even for sure – if mankind survives this cancer – at all.

Nature will survive us – but will mankind survive itself?

Of course – a few need to drive Porsche – while the rest can not even afford a car and should go by bus.

but when neoliberal madness will have destroyed this planet and sickened mankind, it is not sure if mankind can migrate to Mars at all (massive (license?) costs (all the spaceships need to run on Windows 365 and Office 365 (Off-course).

It is a very long trip there, massive amounts of money, effort, technology and precious human time are needed to accomplish such a goal. 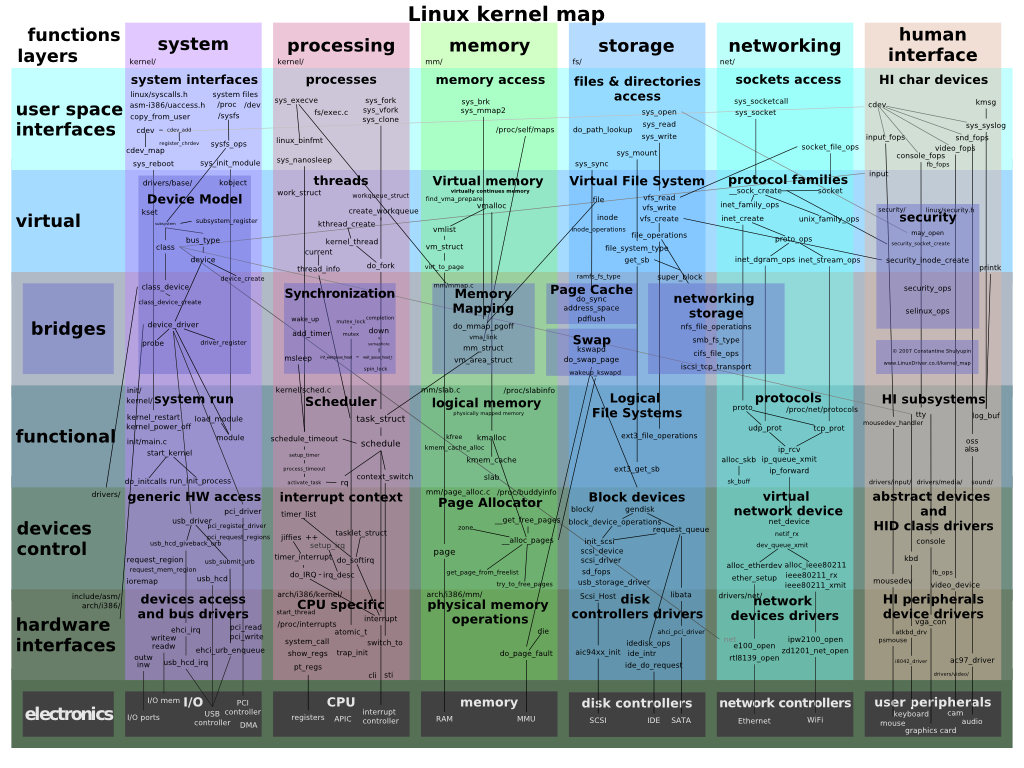 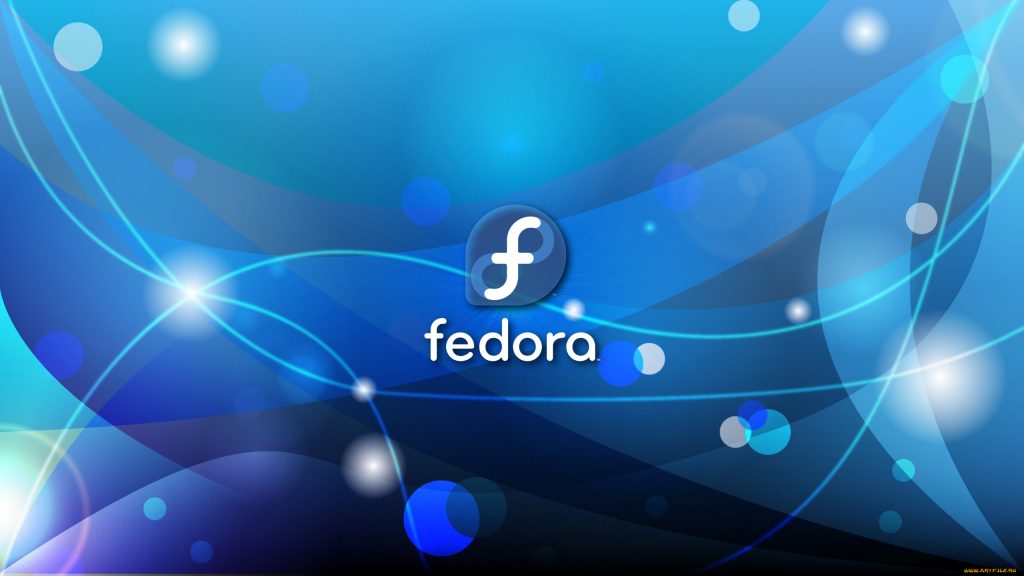 and does anyone charge license fees for it? NO!

Linus Torvalds wanted a great operating system for himself that allows others to contribute to it. this is called cooperation.

without cooperation – mankind is fu***d.

“November 2017: The (Munich) city council decided that LiMux will be replaced by a Windows-based infrastructure by the end of 2020.

The costs for the migration are estimated to be around 90 million Euros.[38]

license costs and interest rates are part of every product and “secretly” charged put in the price and passed on to the end user thus making products more expensive.

So the administrative costs of the city of Munich – by license costs alone – has increased + 1 Million € per year. Costs that will be passed on by higher fees to it’s citizens.

While taxes are usually transparent – on the bill of the product the user buys – interest rates and license fees are not.

According to some economics the cost for loan (credit costs, interest rates) on a product like a cup of coffee (3€) can accumulate to up to 30% (1€) of a end user price!

in the case of mobile phone operators that burden is (according to this chart) +3.3%. 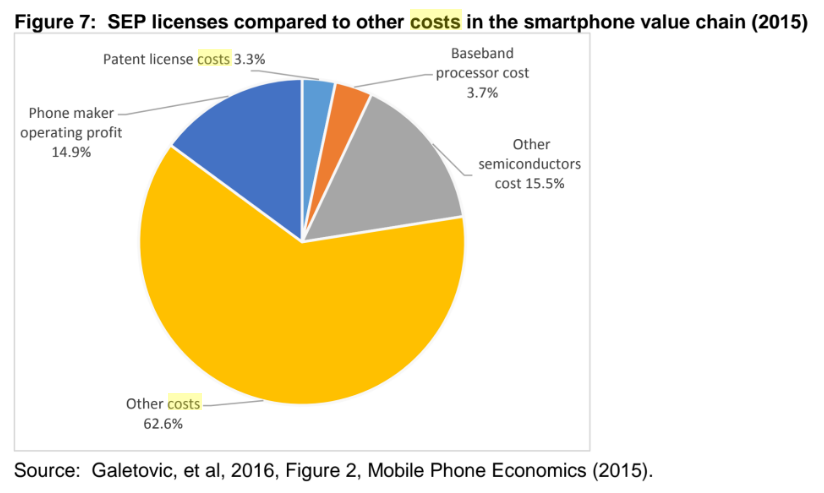 “Luxembourg-based patent administrator Sisvel has published a list of patents that the company claims apply to the AV1 free video codec.

Cnet first reported on it.

Companies are now supposed to pay for the distribution of devices with AV1 patent licenses.

Thanks to a free patent license, the distribution of the AV1 video codec should actually be possible without patent payments or associated litigation.

At least that was the plan of the Alliance for Open Media (AOMedia) consortium that created AV1.”

“Founded in 1982, Sisvel initially lived, incredible as that may sound, from the well-known volume bar of a TV that grows larger from left to right.

Another company had patented this representation and commissioned Sisvel to market the intellectual property. As a result, according to the company founder Roberto Dini, Sisvel was able to persuade all well-known manufacturers of televisions from Europe, Japan, Korea and the USA to pay for licenses, the Patent has now expired.”

“AOMedia patent defense program to help protect AV1 ecosystem participants in the event of patent claims”, but did not mention the Sisvel claim by name.[112]

It would be a “good” patent troll, if 90% of the income with those licenses would go into research to enable mankind to survive more sustainable and thus better on this planet – other planets and in the universe in general (free software and open source technology is key philosophy to acchieve this). But is it? Probably not.

It is just a evil lawyers’s game to drive Porsche nothing less nothing more.

“Patent licensing outfit Sisvel has acquired 450 patents from Nokia, 350 of which are essential for mobile telephony, but despite appearances this is no desperate attempt to borrow cash from the future.

Nokia: why not open source your licenses?

ah… gosh Nokia was bought by Microsoft, that is why it is profits before people.

The patents include 350 which are considered “essential”, in that it is impossible to create mobile phones conforming to 2G, 3G and/or 4G telephony standards without infringing them. But as such they are also subject to Fair, Reasonable and Non-Discriminatory (FRAND) licensing – hardly the sort of thing a patent troll would be interested in.”

“Perhaps this is a good example of how we know absolutely that the current patent system is a mess: that we seem to need an intermediary like Sisvel.

But given that mess it’s rather good that we’ve got one.”

“ITU G.994.1 standard is currently an integral part of the start-up procedure for the DSL technology and its variations including, but not limited to, ADSL, Splitterless ADSL, ADSL2, Splitterless ADSL2, ADSL2+, VDSL, VDSL2, SHDSL and G.fast.”

this is just outrageous.

After all – economics should not only be about profits – but about producing value.

the state should step in and demand very important patents that are needed for everyday life of economy to work – to be open sourced – if people can not use the internet – than that is a critical technology.

“Musk saw in 2014 that if electric vehicles were to succeed in taking over from polluting ICE cars, the technology to make them had to be accessible.”

(in italian, can not understand)

what can we do?

teach students how to use Open Source software!

so can decide who get’s to survive.

evil lawyers will not get a license at all.