“show me the src” https://github.com/rust-lang

DebConf 2019: Why would a python programmer learn rust when there are no jobs in it https://ytpak.net/watch?v=IYLf8lUqR40

“This means no matter what language you use, the only safe way is to keep in mind: stop doing stupid things.” (src)

Update 2020-08: “Through the past five years of experimentation, I’ve gone from intrigued, to optimistic, to convinced that Rust is an ideal language to build industrial grade, bulletproof bare metal software.

Beyond that, I’ve come to realize that even the highest level constructs that the base language offers are applicable to firmware development, very much unlike other languages that span a wide range of paradigms (I’m looking at you, C++). There are a few reasons I felt this way:

Rust is syntactically similar to C++,[17] but is designed to provide better memory safety while maintaining high performance.

Rust was originally designed by Graydon Hoare at Mozilla Research, with contributions from Dave Herman, Brendan Eich, and others.[18][19] The designers refined the language while writing the Servo layout or browser engine[20] and the Rust compiler. The compiler is free and open-source software dual-licensed under the MIT License and Apache License 2.0.

Introduction to Rust at https://LINUX.conf.au 2017

presented by E. Dunham …with harme and wit 🙂 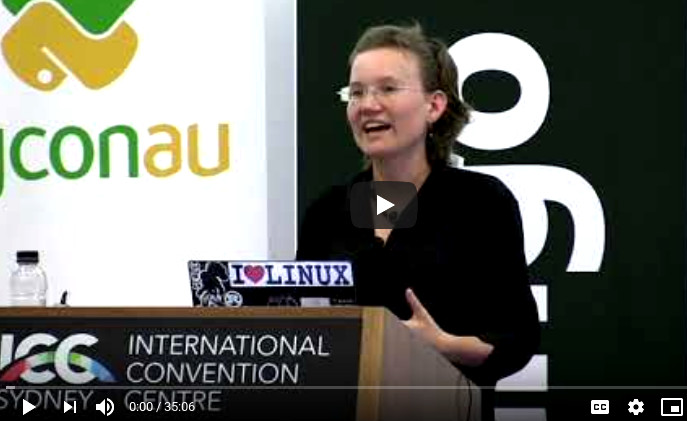 The language grew out of a personal project begun in 2006 by Mozilla employee Graydon Hoare,[16] who stated that the project was possibly named after the rust family of fungi.[38]

Named rustc, it successfully compiled itself in 2011.[42]

while features are developed in nightly Rust and then tested with alpha and beta releases that last six weeks.[46]

The typestate system modeled assertions before and after program statements, through use of a special

Discrepancies could be discovered at compile time, rather than when a program was running, as might be the case with assertions in C or C++ code.

In January 2014, the editor-in-chief of Dr Dobb’s, Andrew Binstock, commented on Rust’s chances to become a competitor to C++, and to the other upcoming languages D, Go and Nim (then Nimrod).

According to Binstock, while Rust was “widely viewed as a remarkably elegant language”, adoption slowed because it changed repeatedly between versions.[49] 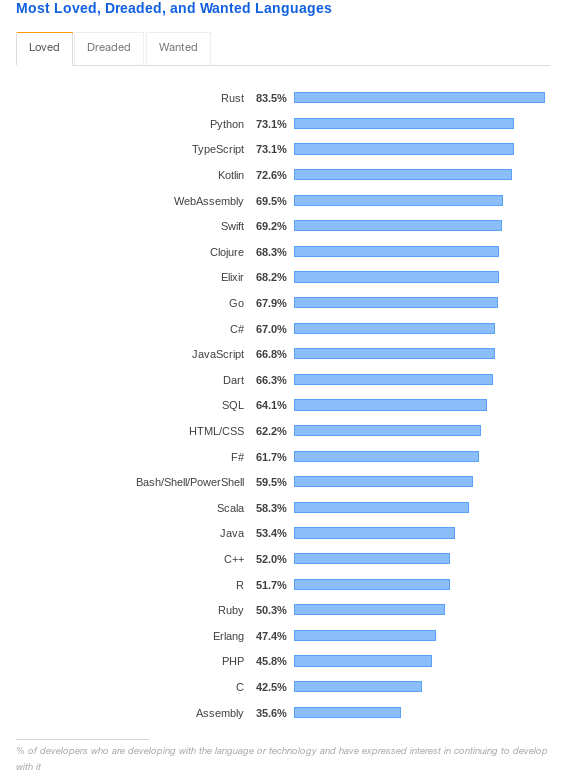 The language is referenced in The Book of Mozilla as “oxidised metal”.[55]

one can run the examples in the online editor: https://play.integer32.com/

highly recommend setting this up in a virtual machine, that once it is set up, can be moved to various machines where one intends to work. (laptop, desktop, ultratop, megatop, hypertop, gigatop)

as non-root user, download and run the setup script, warning! this will download ~100 MBytes of Data! (one might want to do this with connections of fast and inexpensive bandwidth)

install procedures for rust (usually a one-liner) change from time to time please checkout the website for up-to-date-howto-install: https://www.rust-lang.org/tools/install 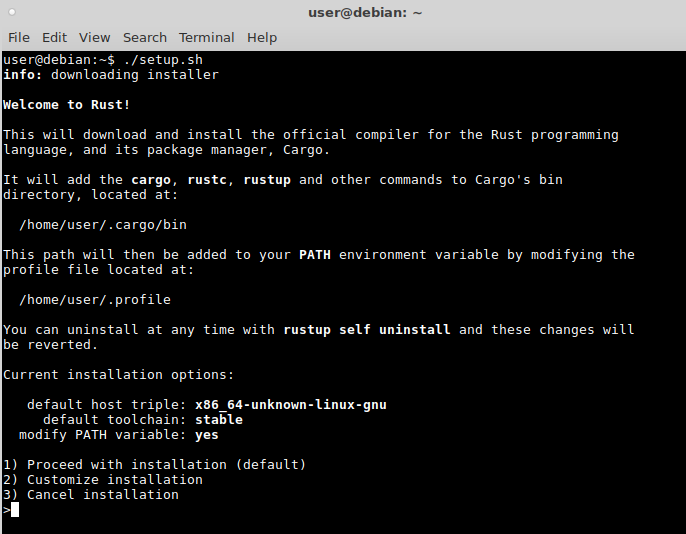 this should probably also be in one’s home folder, but out of shier crazyness will create this under /

Here is a simple “Hello, World!” program written in Rust. The println! macro prints the message to standard output.

so simply do vim helloworld.rs and insert this content:

when done, one can compile it to binary.

In 2018, the Rust community decided to improve programming experience for a few distinct domains (see the 2018 roadmap). For these, you can find many high-quality crates and some awesome guides on how to get started.

Whip up a CLI tool quickly with Rust’s robust ecosystem. Rust helps you maintain your app with confidence and distribute it with ease.

Use Rust to supercharge your JavaScript, one module at a time. Publish to npm, bundle with webpack, and you’re off to the races.

We love documentation! Take a look at the books available online, as well as key blog posts and user guides.

The Rust community has a dedicated YouTube channel collecting a huge range of presentations and tutorials.

Rust is truly a community effort, and we welcome contribution from hobbyists and production users, from newcomers and seasoned professionals. Come help us make the Rust experience even better!

show me the src: https://github.com/rust-lang/rust