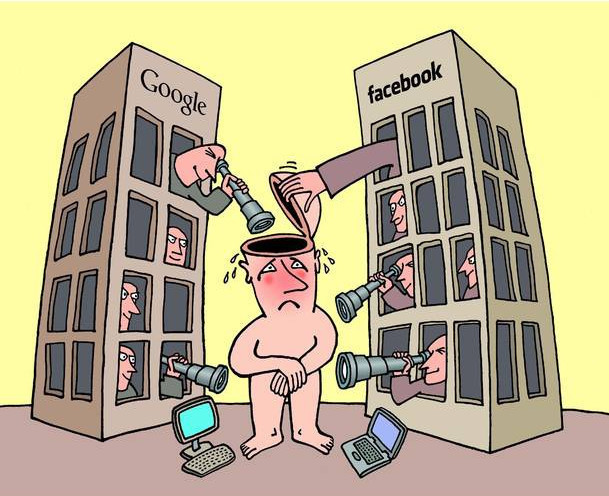 will soon all the freedom of speech and wildness of the net disappear under lawmaker’s bureaucrazy and lawyers suing bloggers?

Also in EU/Germany law makers have dated 2018-05-25 a law that is said to protect user data and called EU-DSGVO.

While the IDEA of DSGVO is surely good – the implementation is IMHO not good.

It is placing heavy bureaucratic burdens on everyone running a website and gives lawyers an “attack vector” to extract money from those not complying “in time”.

privacy wise it is likely to not change a lot – how does 10.000 lines of “disclaimer” protect visitors of a website?

not at all – blocking cookies, Javascript and using TOR, VPN and SSL does – not word about those 3 technologies in the DSGVO!

Instead it enable evil lawyers to scan for websites and companies not complying with the law and suing them for profit – so it’s good for the lawyers – bad for bloggers – that very likely will move their servers abroad and use anonymized domain names.

So the law has already failed it’s target.

Everyone may interpret this law by him/herself – that’s what lawyers do every day (in order to extract profit out of the situation) … but not the average blogger/company adding to the confusion.

Even small and larger hosting companies have trouble complying with the DSGVO because they have to work out contracts (again lawyers profit).

i try to translate:

Objectives of the DSGVO are:

while we are on it… new “great” laws from great countries:

Your data moves across international borders, and it should be protected at home and abroad. But a new bill in Congress would weaken existing protections, endangering the privacy of your emails, chat messages, and online photos. As Congress debates whether to attach this bill to another must-pass spending bill, we need your help. Tell your representative to reject the CLOUD Act.

Tell your representative today to protect privacy by rejecting the CLOUD Act and any attempts to attach it to must-pass spending legislation.

The Internet we know today is possible because of Section 230 of the Communications Decency Act. Section 230 protects online platforms from liability for some types of speech by their users. Without Section 230, social media would not exist in its current form, and neither would the plethora of nonprofit and community-based online groups that serve as essential outlets for free expression and knowledge sharing.

If Congress undermined Section 230’s essential protections by passing The Allow States and Victims to Fight Online Sex Trafficking Act (FOSTA, H.R. 1865), many online platforms would be forced to place substantial restrictions on their users’ speech, censoring a lot of people in the process.

The version of FOSTA that’s passed the House, and is expected to come up for a Senate vote in the next few days, is a Frankenstein combination of an earlier version of FOSTA and a bill called the Stop Enabling Sex Traffickers Act (SESTA). While the name might sound appealing, FOSTA is not needed to fight online sex trafficking. Existing Criminal law already allows federal prosecutors to go after online platforms that knowingly play a role in sex trafficking.

It would scare online platforms into censoring their users. Websites run by nonprofits or community groups, which have limited resources to police user content, would face the most risk. Some of the discussions most likely to be censored could be those by and about victims of sex trafficking.

Censorship is not the solution. If you care about preserving the Internet as a place where everyone can gather, learn, and share ideas, it’s time to call your senators.