The new coalition agreement in Munich commits to the principle of “Public Money? Public Code!”. The FSFE welcomes this decision by the new government and will closely monitor the progress of the implementation.

The coalition of SPD and Greens in Munich agreed on a coalition treaty last Sunday following the local elections in March. It includes a positive statement on the use of Free Software: the principle “Public Money? Public Code!” should apply in future. Munich thus joins the FSFE’s demand.

The FSFE welcomes the “Public Money? Public Code!” policy by the new Munich government. After the last government of SPD and CSU had distanced itself from the prior progressive Free Software strategy this is now a positive signal again. Public administrations following the principle of “Public Money? Public Code!” can benefit from collaboration with other public bodies, independence from single vendors, potential tax savings, increased innovation, and a better basis for IT security.”, says Matthias Kirschner, President of the Free Software Foundation Europe.

In 2014, the SPD entered a coalition agreement with the CSU, and Dieter Reiter (SPD) was elected new mayor of Munich. Munich abandoned their “LiMux” strategy of developing an independent IT infrastructure built with Free Software and a GNU/Linux operating system, and started to move back to depending on proprietary software. The Free Software Foundation Europe criticised this re-migration in the past. Now, with the new coalition of SPD and Greens, Munich seems to be back on the track by its commitment to “Public Money? Public Code!”. Still, the treaty leaves room for improvement as it includes some typical loopholes such as the vague limitation to software whose code does not contain personal or confidential data. Therefore the FSFE will continue to closely monitor the progress of the implementation of the “Public Money, Public Code!” policy and how procurement procedures will be handled in future.

The “Public Money? Public Code!” initiative aims to set Free Software as the standard for publicly financed software. The Free Software Foundation Europe together with over 180 civil society organisations and more than 27.000 individuals signed the open letter. We will use the signatures to contact decision makers and political representatives all over Europe and convince them to make public code the standard. You are invited to add your signature to make a bigger impact on https://publiccode.eu/ 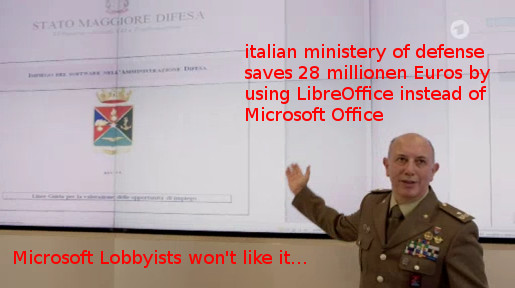 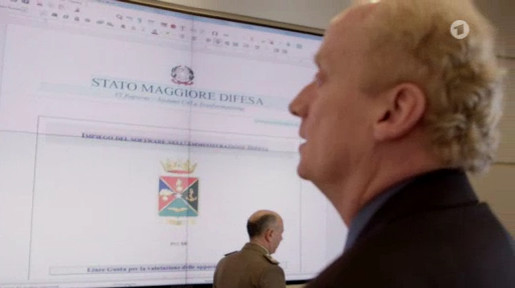 … the same document in LibreOffice.

It looks exactly the same.

So a lot of Europeans State organs want to break free from the Vendor lock. But the Vendor is financing massive lobbying against this process.

Often it is NOT EVEN KNOWN how much public tax payer’s money goes into Microsoft’s pockets.

It is probably 200€ per Computer-Client per Worker per YEAR.

Often Bill Gates visits a country’s leader and suddenly a lot of tax payer’s money flows into the Microsoft direction.

What does the citizen / nation states have from an European Union, that does not help each other?

Europe a Software-Colony – Microsoft – PLEASE SPY ON US!

in terms of it-security it is the same in nature – if all systems/humans were exact copies – they would share the same flaws and would be compromised and even killed by the same viruses/attacks.

Therefore it is CRUCIAL to have biodiversity not only on the fields / in nature but also in the it-landscape.