checkout what is the latest version of netinst.iso

not so free – but your network card might work

you can try the free software only version first – and if it says – “firmware missing”… try again with this version… after all i want you to have a conveniant time with linux right from the start – even if that means using closed source drivers. which can not be condemned enough. It takes major efforts to use as much free software and hardware as possible. Some people even say – if you have secrets – keep them on paper – not on your harddisk.

insert into your computer, make it boot from DVD/CD-ROM (try those keys F2, F12, Del/Entf straight after boot).

Rufus under windows can help you create a bootable usb stick from the image.iso

the grafical setup is self-explanatory… if you are not running a server you can stay with the automatic partitioning scheme “whole harddisk” and “all in one partition”.

do NOT install any software… we want to keep it minmal from scratch. 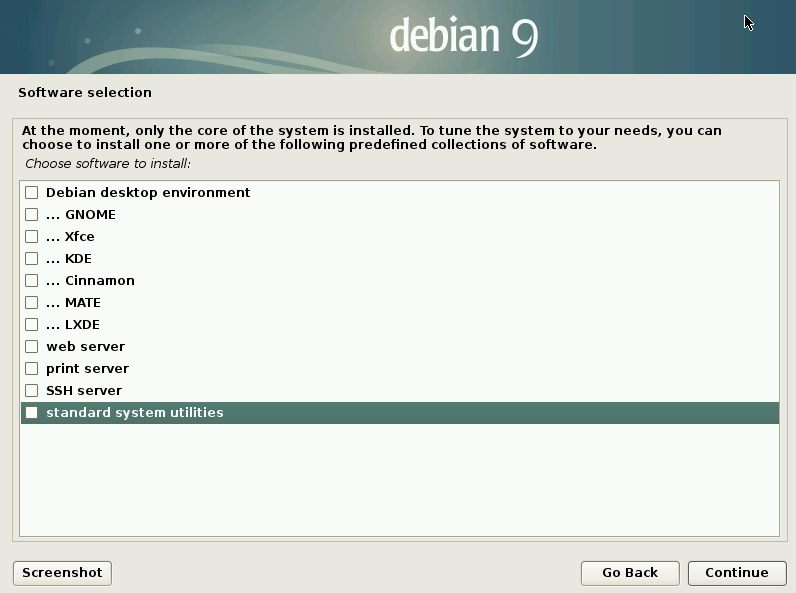 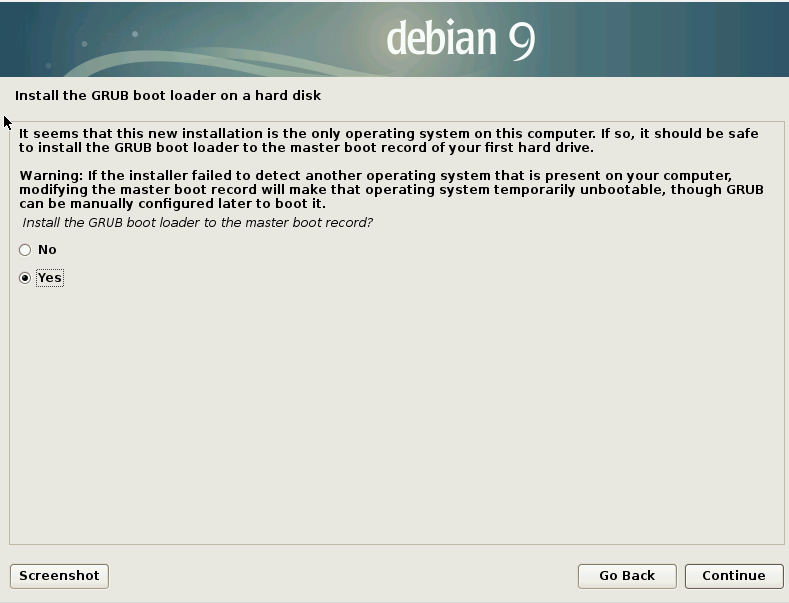 yes you want a bootloader (grub2) to be on the first harddisk of the first controller.

otherwise nothing will boot. 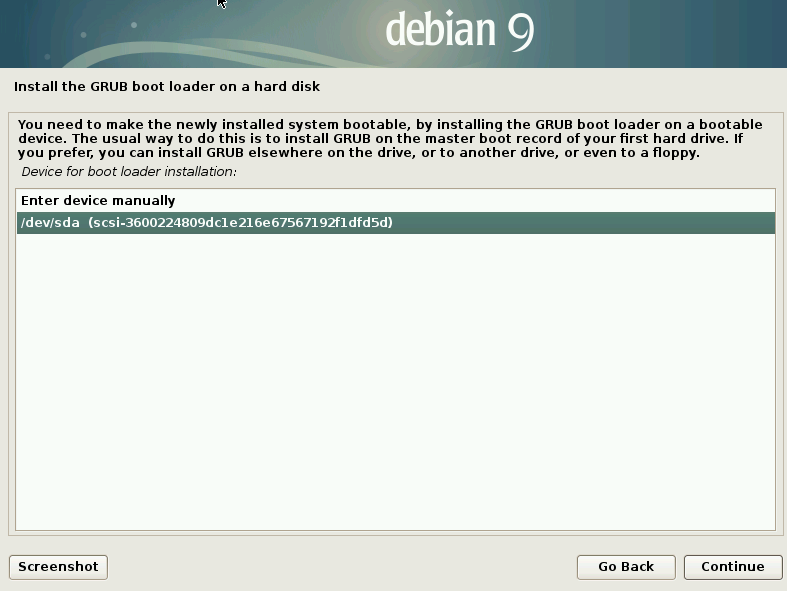 the first thing you probably want to do is 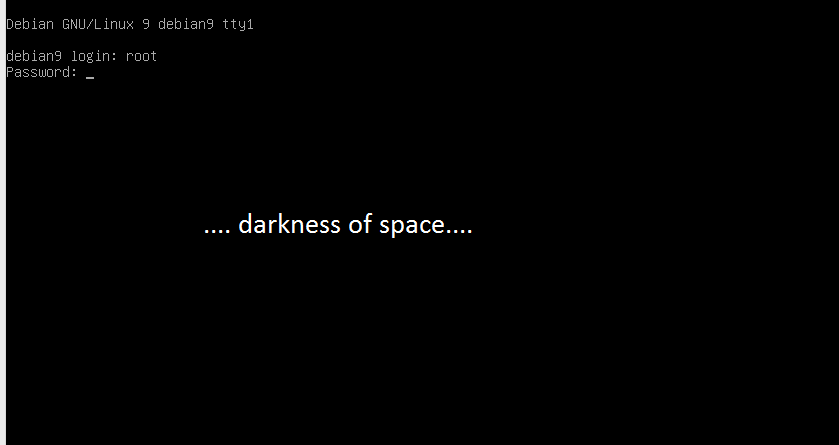 then you want to check if you are up to date…

The ifconfig command has been deprecated and thus missing by default on Debian Linux, starting from Debian stretch – but you can install it with the net-tools package.

now it should be possibly for you to immediately ssh-remote-login to your debian9 system.

and issue more commands, yes not even less is installed in the minimal version 😀

so as i understand it mate-core is a “softlink” to mate-desktop-environment-core  – essentially they are the same package and it does not matter if you install you this or the other – result will be the same.

The MATE Desktop Environment is the continuation of GNOME 2. YEAH! ROCK ON! Minimalistic (below 210MByte of RAM) but still nice to look and configure desktop! 🙂 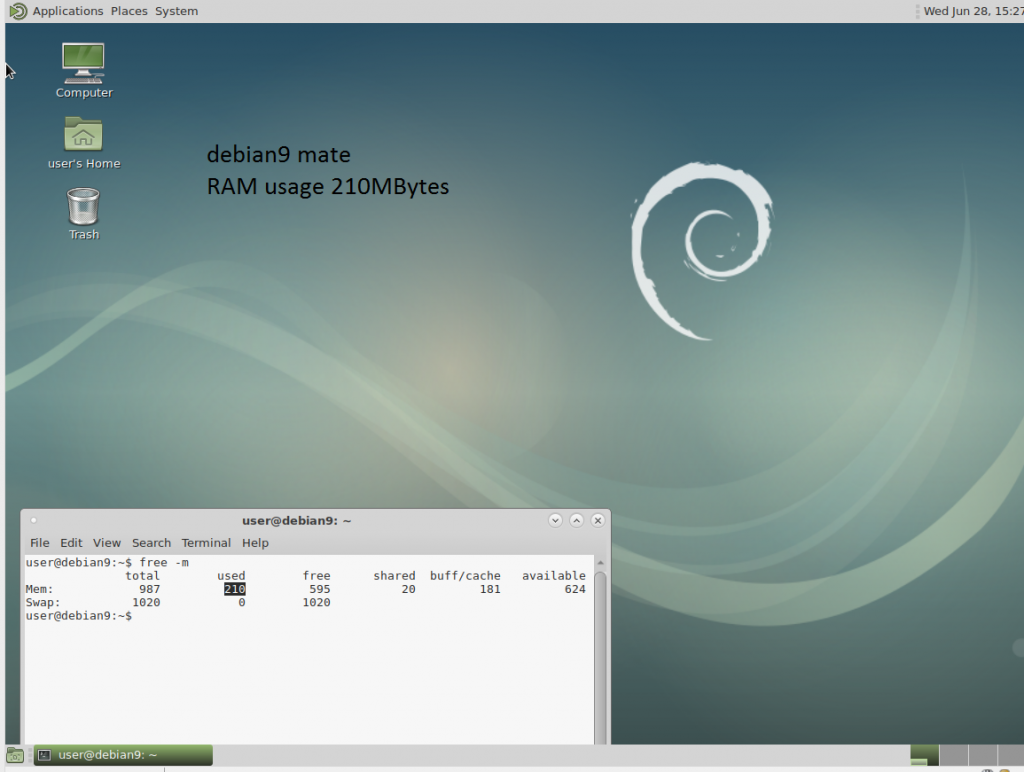 It provides an intuitive and attractive desktop environment using traditional metaphors for Linux and other Unix-like operating systems.

MATE is under active development to add support for new technologies while preserving a traditional desktop experience.

which will also install xorg server…

and you should have that beatiful sleek gnome2 desktop… 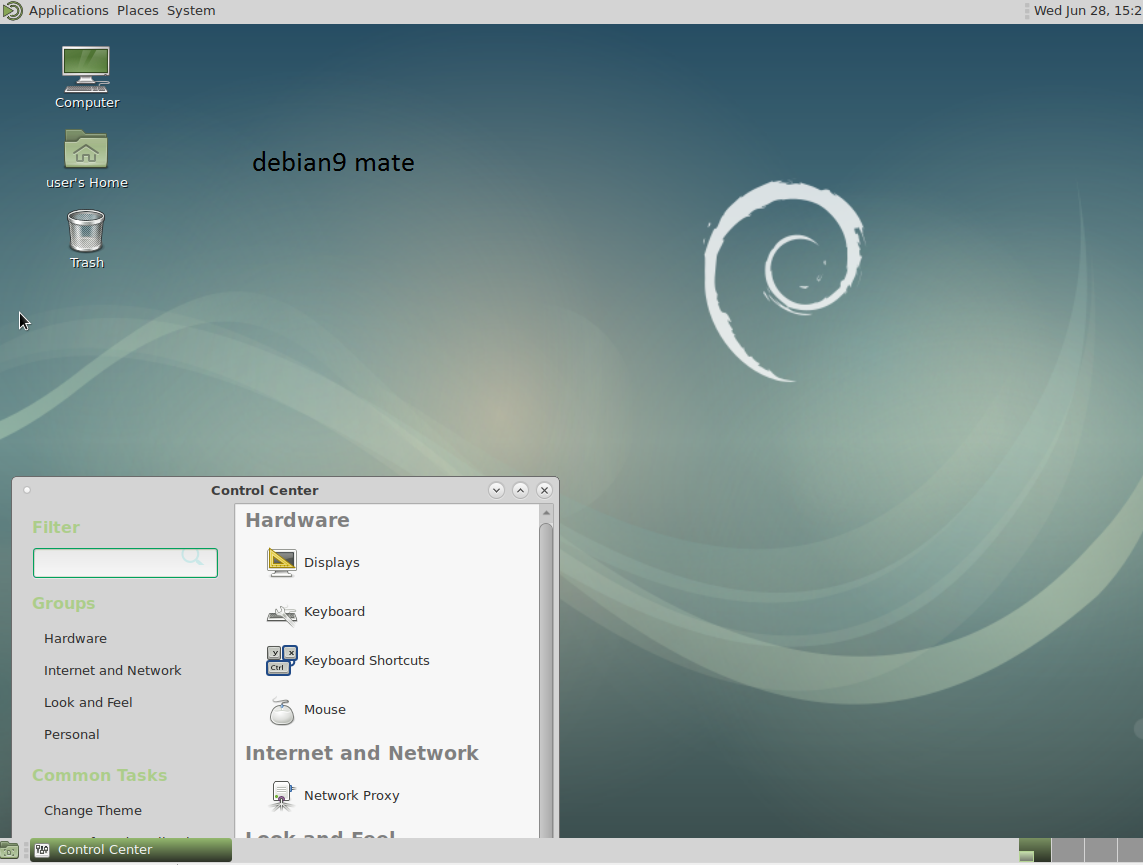 efficiency is not everything 😀

yes sometimes you wonder why you can not unmount a drive and realize 3 hours – later simply a typo.

if it says „device not managed“ this means you have some manual settings defined in:

if you # comment out those and restart your system – the network device should be managable by network-manager-gnome.