i love the american people… but here and there are totally irresponsible ceos.

Stephen Elop: I wasn’t a Trojan horse for Microsoft at Nokia 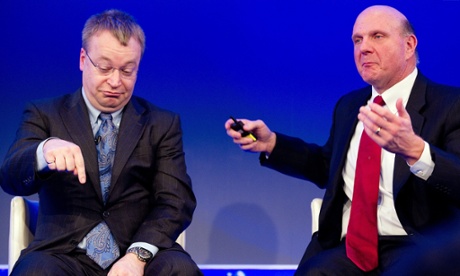 Nokia’s former chief executive has denied being planted in the firm by Microsoft before its acquisition of the company.

Nokia’s annual revenue, profits and share price fell dramatically during Elop’s tenure, and he was instrumental in the company’s decision to ditch its long-held Symbian software for Microsoft’s Windows Phone.