about the C lang:

Because of it’s simplicity and speed, the C lang, is the fastest and most ported language on this planet. (there is basically no CPU that can not run C somehow, almost no system for which no C compiler exists)

It is still widely used and considered a milestone in the age of computing, so over 50 years later, it is still worth learning C.

The GNU Linux kernel is basically all C.

IT and Cyber Security was not really a problem in the 1970s, but because of C’s problems with buffer over and under-runs, more and more “around” the kernel will be written in another high-level language RUST that does not has those problems.

fun fact: computers ALWAYS were ment for gaming! (let that sink in Apple!)

Thompson wrote games for the pdp-11!!!

“Throughout his career at the Labs, Ken devoted amazing energy to games of various kinds” (src)

but there was also pacman!!! 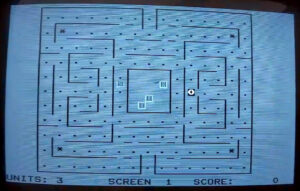 (it is probably completely unrelated but…)

What is Crystal Lang?

“Crystal is a general-purpose, object-oriented programming language, designed and developed by Ary Borenszweig, Juan Wajnerman, Brian Cardiff and more than 300 contributors.[5] With syntax inspired by the language Ruby,[4] it is a compiled language with static type-checking, but specifying the types of variables or method arguments is generally unneeded. Types are resolved by an advanced global type inference algorithm.[6] Crystal is currently in active development. It is released as free and open-source software under the Apache License version 2.0″ (Wiki)

show me the src https://github.com/crystal-lang

The Unix philosophy of K.I.S.S – simple and beautiful software that “just works”

Btw. Thompson was hired by Alphabet-Google to work on Go.