one more step for mankind 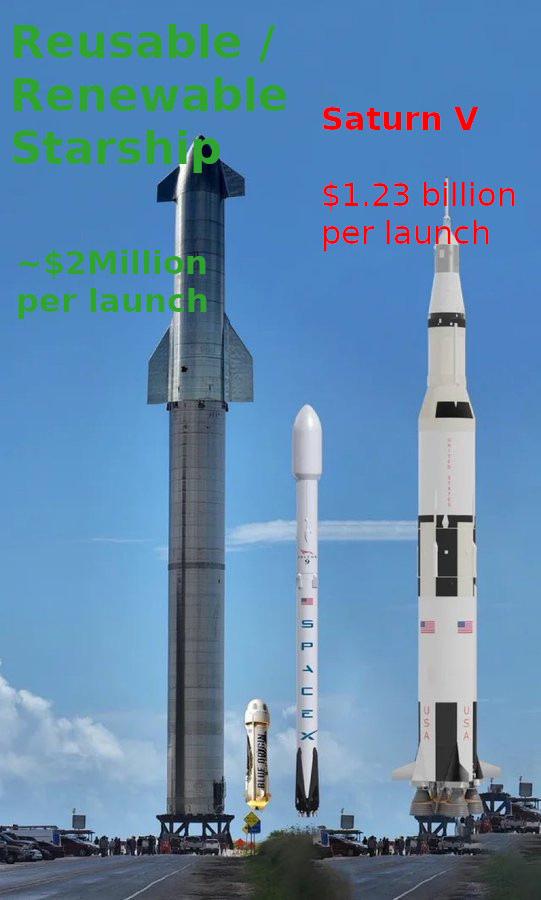 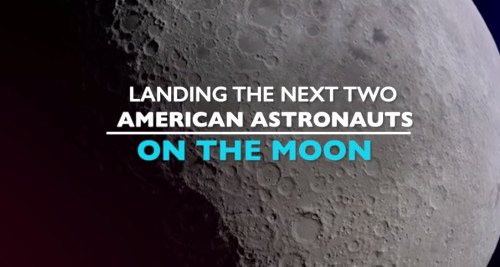 IN NO WAY shall the accomplishments of the year 1969 be belittled, OR the Space Shuttle ($1.5 billion per flight), but imho what is happening NOW at NASA is a complete waste of money.

NASA has run out of Saturn V.

Instead of designing a re-usable rocket from scratch, they build a Saturn V like rocket called SLS (with 1990s parts) that is supposed to take people to Moon and Mars for “only” $2billion per launch.

NASA MUST BE KIDDING!

This catastrophic waste of taxpayers money can be explained in one sentence: “Trump’s controversial NASA chief, Jim Bridenstine, narrowly confirmed”

Estimates are that a Starship flight will be ~$2Million per launch.

What is ESA doing on this topic?

Just to proof a point “because we can, if we throw a lot of money and resources at it”. Well, yes every country could do that then, but does it make sense? Can not a lot of money be saved by working together?

The ISS came into trouble, because Russia’s space agency Roscosmos supplied boost to the ISS via Soyuz to keep it up in orbit.

Without regular boosts, the ISS is designed to “deorbit” (break down and dissolve in a fiery melt down in Earth’s atmosphere).

Next to supply & person transport, SpaceX could take over that task too. (any craft with fuel left over)

“The (ISS) station was formed after a Russian space module joined with an American module in 1998.”

Another milestone in ending the cold war 1.0 and coming to a (more or less) peacefull cooperation between the two rivaling countries.

“Construction was completed in 2011” 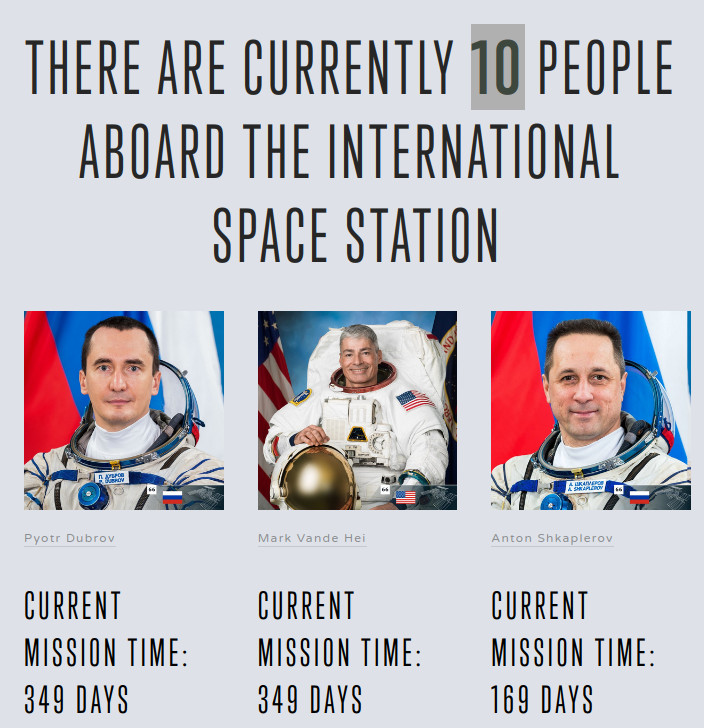 “According to NASA’s report in July 2020, a total of 242 individuals from 19 different countries have managed to travel to the ISS” (src: republicworld.com)

“But the station will require fuel and maintenance to continue operations. In December 2021, the Biden administration announced it would continue ISS cooperation through 2030.”

“Private companies like Axiom Space and Blue Origin are currently developing their own replacement stations, and Roscosmos plans to launch its own station in 2025. The Indian Space Research Organization indicated in 2019 that it may skip the ISS entirely, with plans to launch a 20-tonne space station.” (src: inverse.com)