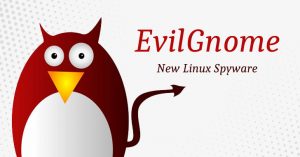 “Linux desktop remains an unpopular choice among mainstream desktop users, making up a little more than 2% of the desktop operating system market share. This is in contrast to the web server market share, which consists of 70% of Linux-based operating systems. ” (src)

nothing is known about possible attack vectors.

one possibility could be hacked update-servers (that would be VERY VERY BAD, DO YOU HEAR ME DEBIAN, UBUNTU AND REDHAT/CENTOS?)

It is KEY that update processes are safe, sound and secure.

So no software from untrusted sources/repositories – no updates via unencrypted connections – no updates/software without verifying the sha512sum. (but if a server get’s hacked this could be changed as well)

If not you might as well install no updates at all.

Which puts your system (especially the internet facing one’s) also at risk.

It’s a known fact that there are a very few strains of Linux malware exist in the wild as compared to Windows viruses because of its core architecture and also due to its low market share, and also many of them don’t even have a wide range of functionalities.

In recent years, even after the disclosure of severe critical vulnerabilities in various flavors of Linux operating systems and software, cybercriminals failed to leverage most of them in their attacks.

However, researchers at security firm Intezer Labs recently discovered a new Linux backdoor implant that appears to be under development and testing phase but already includes several malicious modules to spy on Linux desktop users.

Dubbed EvilGnome, the malware has been designed to take desktop screenshots, steal files, capture audio recording from the user’s microphone as well as download and execute further second-stage malicious modules.

According to a new report Intezer Labs shared with The Hacker News prior to its release, the sample of EvilGnome it discovered on VirusTotal also contains an unfinished keylogger functionality, which indicates that it was uploaded online mistakenly by its developer.

EvilGnome malware masquerades itself as a legit GNOME extension, a program that lets Linux users extend the functionality of their desktops.

According to the researchers, the implant is delivered in the form of a self-extracting archive shell script created with ‘makeself,’ a small shell script that generates a self-extractable compressed tar archive from a directory.

Notably, all the above modules encrypt their output data and decrypt commands received from the C&C server with RC5 key “sdg62_AS.sa$die3,” using a modified version of a Russian open source library.

Furthermore, the researchers also found connections between EvilGnome and Gamaredon Group, an alleged Russian threat group that has been active since at least 2013 and has targeted individuals working with the Ukrainian government.

Here below, I have briefed some of the similarities between EvilGnome and Gamaredon Group:

How to Detect EvilGnome Malware?

To check if your Linux system is infected with the EvilGnome spyware, you can look for the “gnome-shell-ext” executable in the “~/.cache/gnome-software/gnome-shell-extensions” directory.

“We believe this is a premature test version. We anticipate newer versions to be discovered and reviewed in the future, which could potentially shed more light into the group’s operations,” researchers conclude.