Our solar System: including orbits 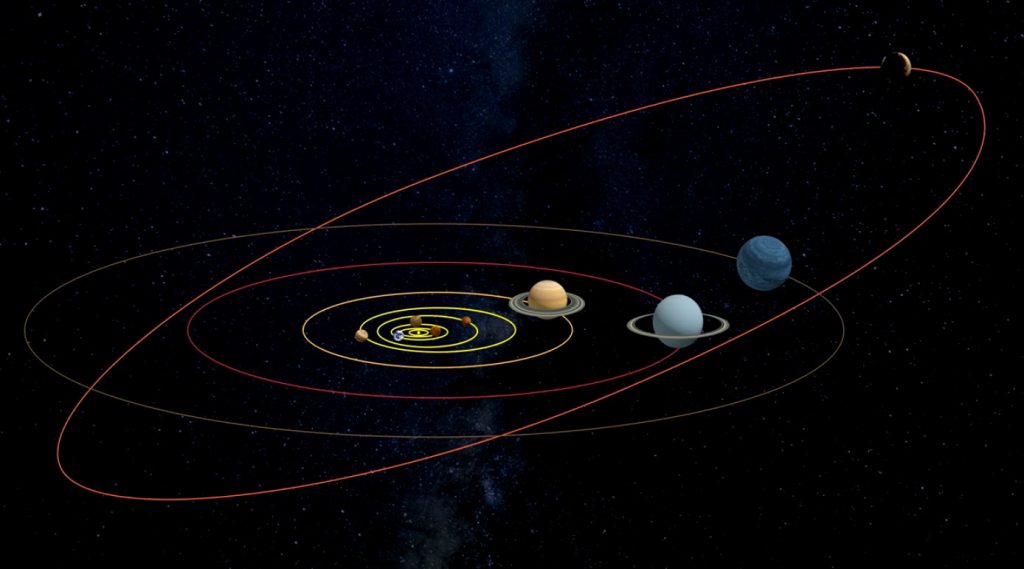 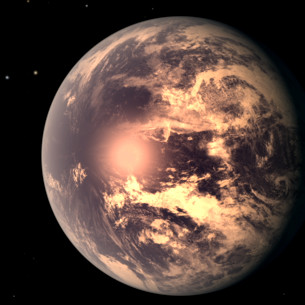 Artist’s impression of TRAPPIST-1e from 2017, depicted here as a tidally locked planet with a liquid ocean. The actual appearance of the exoplanet is currently unknown, but based on its density it is likely not entirely covered in water.

one of the most Earth-like worlds (ever) found

It is extremely similar to Earth physically, with 91% the radius, 77% the mass, 102.4% the density (5.65 g/cm3), and 93% the surface gravity. TRAPPIST-1e is confirmed to be a terrestrial planet with a solid, rocky surface. It is cool enough for liquid water to pool on the surface, but not too cold for it to freeze like on TRAPPIST-1f, g, and h.[6] The planet receives a stellar flux 0.604 times that of Earth, about a third lower than that of Earth but significantly more than that of Mars.[7] Its equilibrium temperature ranges from 225 K (−48 °C; −55 °F)[12] to 246.1 K (−27.1 °C; −16.7 °F),[7] depending on how much light the planet reflects into space. Both of these are between those of Earth and Mars as well. TRAPPIST-1e is confirmed to have a compact, hydrogen-free atmosphere like those of our Solar System’s rocky planets, further raising the chances of habitability. Hydrogen is a powerful greenhouse gas, so if there was enough to be easily detected, it would mean that the surface of TRAPPIST-1e would be completely inhospitable.[10] Since such an atmosphere is not present, it raises the chances for the planet to have a more Earth-like atmosphere instead.

TRAPPIST-1e is set to be one of the first science targets of the James Webb Space Telescope, which will be able to better analyze the planet’s atmosphere and search for the chemical signs of life.[16]

how much are 40 light years?

if i have the done the calculations right, the currently fastest ever launched object: “Parker” “As the probe passes around the Sun, it will achieve a velocity of up to 200 km/s (120 mi/s), which will temporarily make it the fastest manmade object” (src)

Not very promising at current speeds.