who cares we gotta go there – Mars might be mankind’s only hope for survival in the Universe.

CO2 would be good on Mars! (right now too cold)

also: if mankind manages to settle on Mars, only people with an IQ higher than 100 should be allowed to vote or mankind will recreate the same mess that it left behind on Earth. 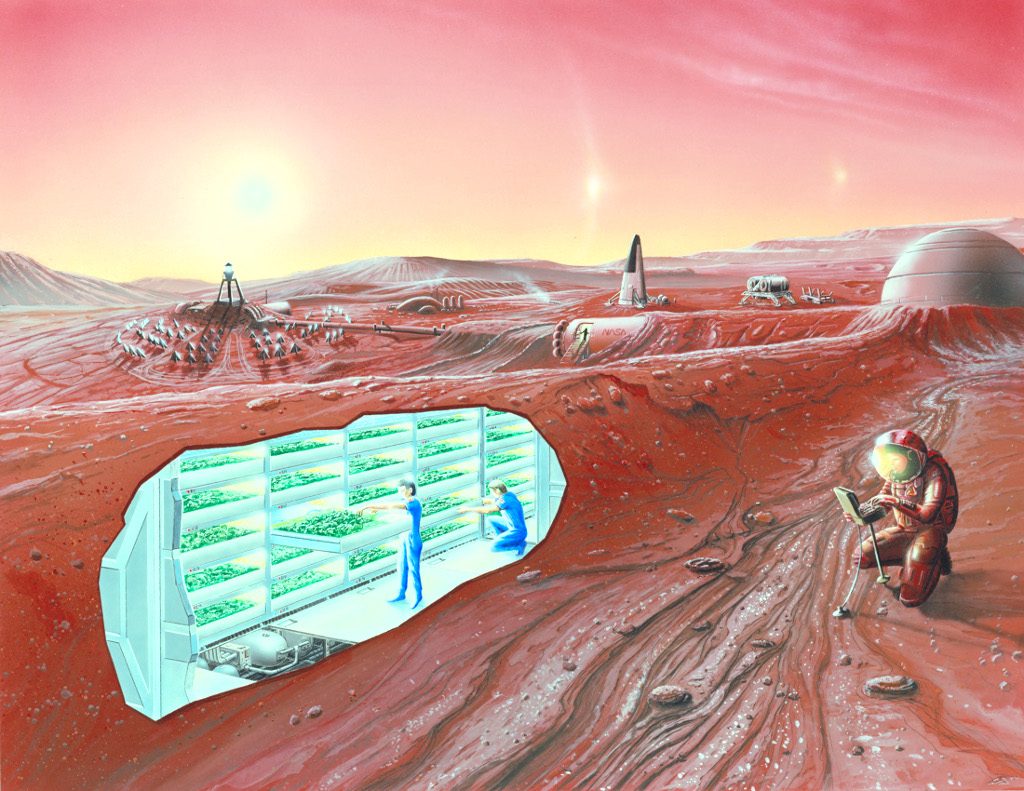 Maybe an “Underground” Mars colony would be good to shield against deadly radiation? 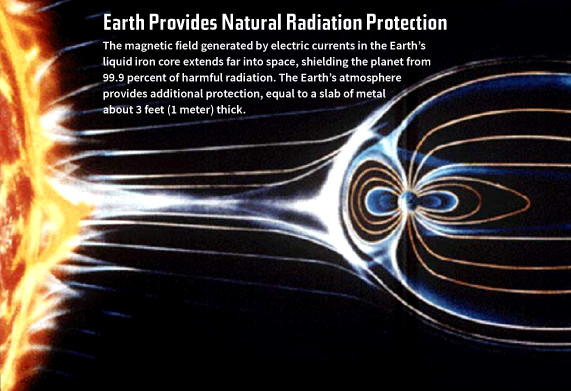 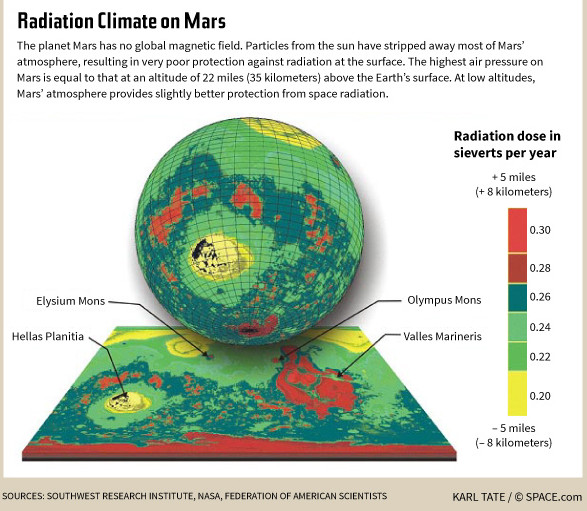 “The space radiation environment will be a critical consideration for everything in the astronauts’ daily lives, both on the journeys between Earth and Mars and on the surface,” said Ruthan Lewis, an architect and engineer with the human spaceflight program at NASA’s Goddard Space Flight Center in Greenbelt, Maryland. “You’re constantly being bombarded by some amount of radiation.” (src)

“The results imply that on a six-month journey to the Red Planet, and assuming six-months back again, an astronaut could be exposed to at least 60% of the total radiation dose limit recommended for their entire career.”

Radiation: “The Liulin-MO dosimeter of the Fine Resolution Epithermal Neutron Detector (FREND) provided data on the radiation doses recorded during the orbiter’s six-month interplanetary cruise to Mars, and since the spacecraft reached orbit around the planet.

On Earth, a strong magnetic field and thick atmosphere protects us from the unceasing bombardment of galactic cosmic rays, fragments of atoms from outside our Solar System that travel at close to the speed of light and are highly penetrating for biological material.

In space this has the potential to cause serious damage to humans, including radiation sickness, an increased lifetime risk for cancer, central nervous system effects, and degenerative diseases, which is why ESA is researching ways to best protect astronauts on long spaceflight missions.

The ExoMars measurements cover a period of declining solar activity, corresponding to a high radiation dose. Increased activity of the Sun can deflect the galactic cosmic rays, although very large solar flares and eruptions can themselves be dangerous to astronauts.”

“One of the basic factors in planning and designing a long-duration crewed mission to Mars is consideration of the radiation risk,” says Jordanka Semkova of the Bulgarian Academy of Sciences and lead scientist of the Liulin-MO instrument.

“Radiation doses accumulated by astronauts in interplanetary space would be several hundred times larger than the doses accumulated by humans over the same time period on Earth, and several times larger than the doses of astronauts and cosmonauts working on the International Space Station. Our results show that the journey itself would provide very significant exposure for the astronauts to radiation.”

The results imply that on a six-month journey to the Red Planet, and assuming six-months back again, an astronaut could be exposed to at least 60% of the total radiation dose limit recommended for their entire career.

The ExoMars data, which is in good agreement with data from Mars Science Laboratory’s cruise to Mars in 2011–2012 and with other particle detectors currently in space – taking into account the different solar conditions – will be used to verify radiation environment models and assessments of the radiation risk to the crewmembers of future exploration missions.

A similar sensor is under preparation for the ExoMars 2020 mission to monitor the radiation environment from the surface of Mars.

Arriving in 2021, the next mission will comprise a rover and a stationary surface science platform.

The Trace Gas Orbiter will act as a data relay for the surface assets.” (src)

“Estimates for the mass of material that falls on Earth each year range from 37,000-78,000 tons. Most of this mass would come from dust-sized particles.”

“A study done in 1996 (looking at the number of meteorites found in deserts over time) calculated that for objects in the 10 gram to 1 kilogram size range, 2900-7300 kilograms per year hit Earth.

However, unlike the number above this does not include the small dust particles.

They also estimate between 36 and 166 meteorites larger than 10 grams fall to Earth per million square kilometers per year.

But most meteorites are too small to actually fall all the way to the surface.

(This study was led by P. A. Bland and was published in Monthly Notices of the Royal Astronomical Society.)” (src) 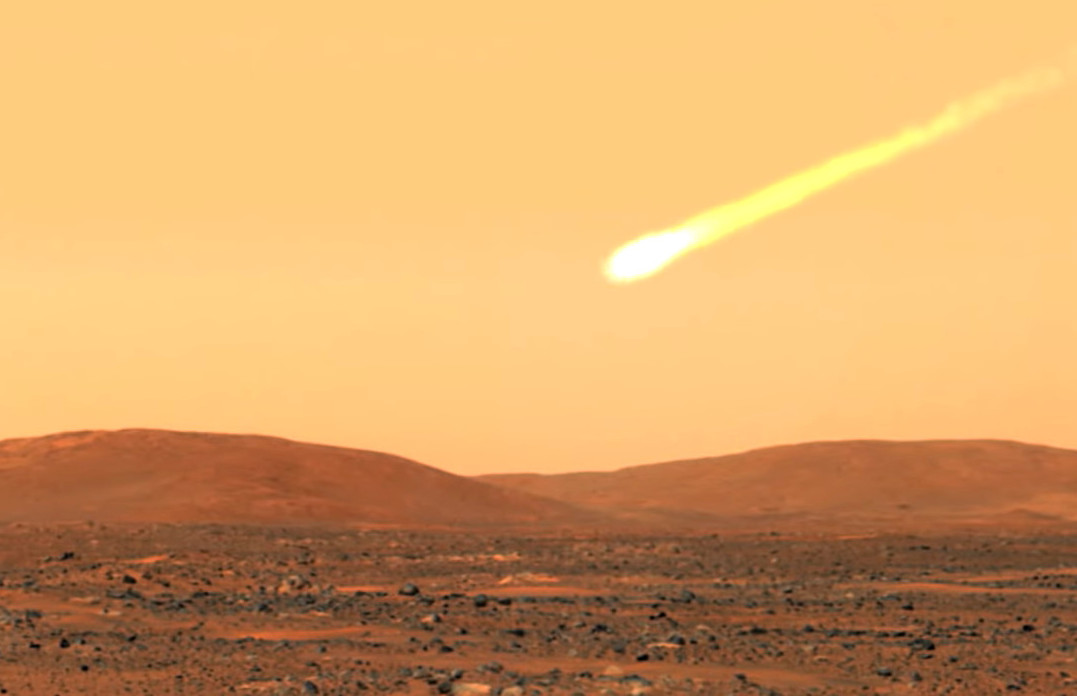