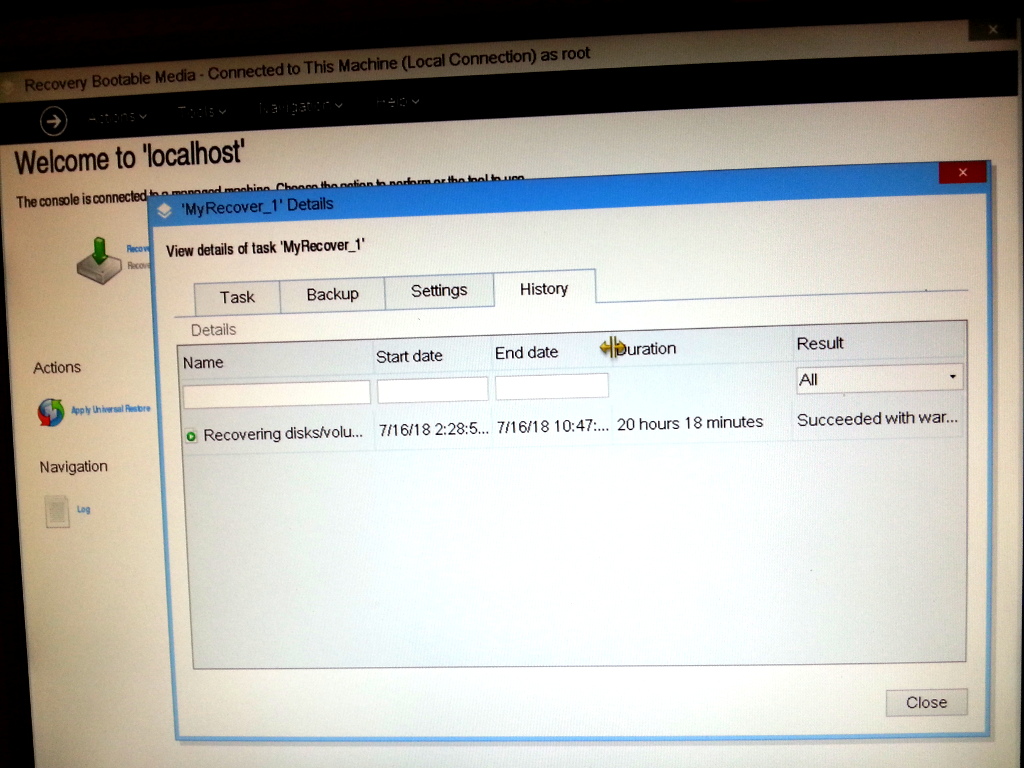 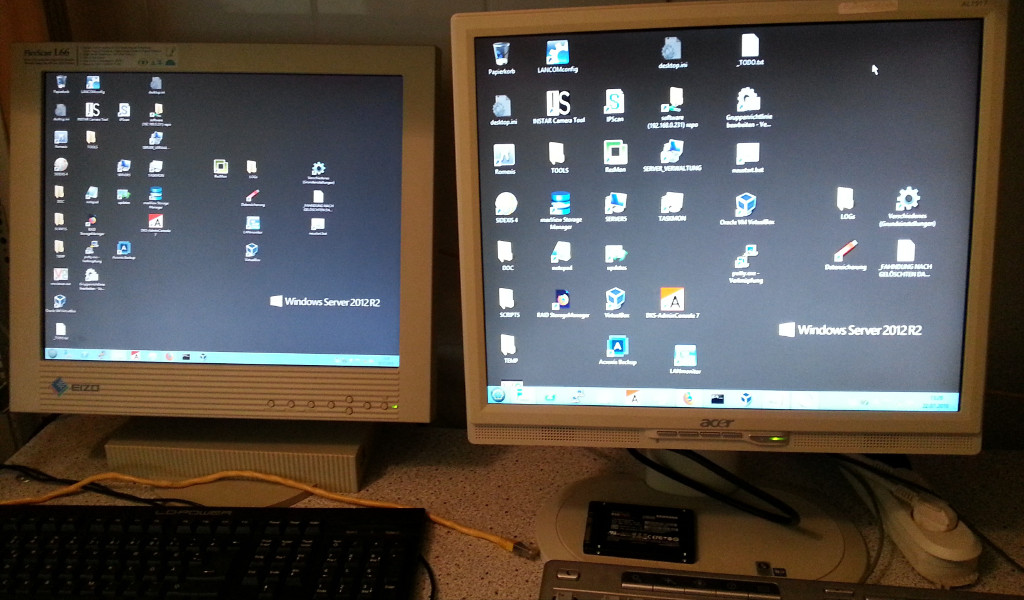 it seems since server 2008 restore to different hardware “usually” works… but it very much depends on the availability of disk drivers.

maybe i was just lucky – on the left you see a intel mainboard + Adaptec RAID controller (C: is on SATA) of a fujitsu server5 – on the right side you see Supermicro Server with X8DT3 mainboard (C: on SATA and LSIMegaRaid).

Linux based Acronis 2012 boot cd was NOT able to access the RAID10 of the Supermicro Server (LSI 1068e with shitty linux support).

So in order to restore 3.5TBytes of DATA to the RAID i had to install a “temporary” SATA HD of 10TB, where the data will be restored and then copied under Windows to the RAID.

Not optimal. But that’s what you get when hardware vendors neglect LINUX! (SHAME ON YOU LSI!)