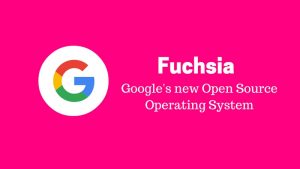 LK (Little Kernel) is a tiny operating system suited for small embedded devices, bootloaders, and other environments where OS primitives like threads, mutexes, and timers are needed, but there’s a desire to keep things small and lightweight. On embedded ARM platforms the core of LK is typically 15-20 KB.

LK is available from https://github.com/littlekernel/lk and is Open Source software, provided under the MIT license.

Who is using LK?

Newer Android phones have some chance of LK running all the time alongside Linux.

A few ARM SoC manufacturers use LK as their default bootloader such as DragonBoard 410c based on Qualcomm Snapdragon 410 processor.

The Fuchsia Operating System’s microkernel, Magenta is based on LK.

NewOS is a open source operating system with an emphasis on design and portability. It is largely implemented in C/C++, with a small amount of assembly. Full source is available.Currently, the system is mostly a kernel with a minimal amount of user space libraries and applications. Thus far, most of the work has been put into the kernel and other underlying support. As a result the system isn’t that interesting from an end-user point of view (no gui, simple commands on a command line), but that can change given a moderate amount of work by the maintainers or any volunteers.

The main developer is Travis Geiselbrecht (geist@newos.org). You can get in contact with him in a variety of ways. Also see the acknowledgements page for a list of other contributors.

The following is a short list of implemented design features that you’d expect on a modern operating system:

The system currently can be built to run on the follwing systems:

Many ports of the system are waiting to happen when we get the time (hardware is purchased, documents have been found, just need to dedicate a few weeks):