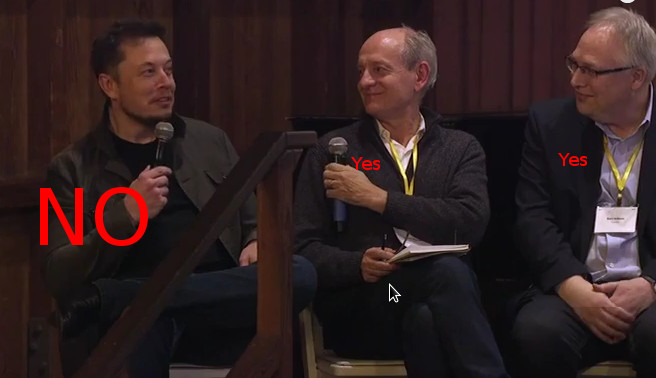 Elon Musk: “What is a good future that we would like to live in? In which this super-intelligence exists.”

“high speed interface to the cortex”

“1. the machine-brain-bandwidth constrains 2. democratization of AI”

… well if it is going to be like with the Android (Google did not pick that name randomly) Operating System – basically porting and optimizing Linux for mobile devices and the touch-panel interface… then it is going to be: everyone wants it. but let me be honest… it also has it’s negative side-effects.

Because of smartphones people communicate less in person – so the social interaction is trained less… so social skills decline… but social skills are absolutely essential to live and work as a team.

You don’t need to kill billions of mice and apes to find out that the “meaning of life is to be happy – happiness is defined by the Buddhist monks as sustainable deep inner satisfaction. So don’t be an ashole” (Dalailama)

Up to now – mouse <-> computer interfaces are pretty ugly… and the mouse is definitely not happy with it. 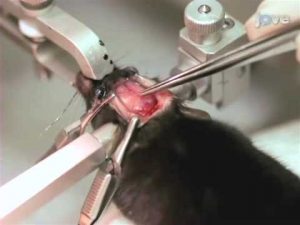 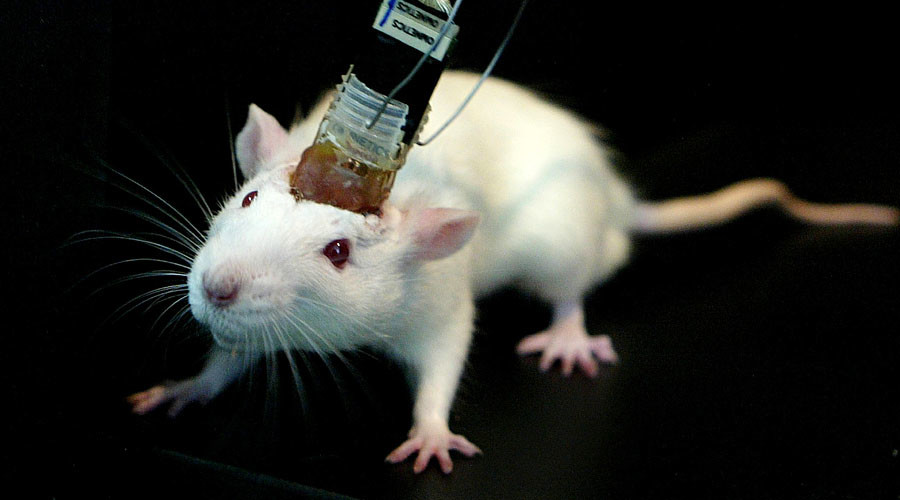 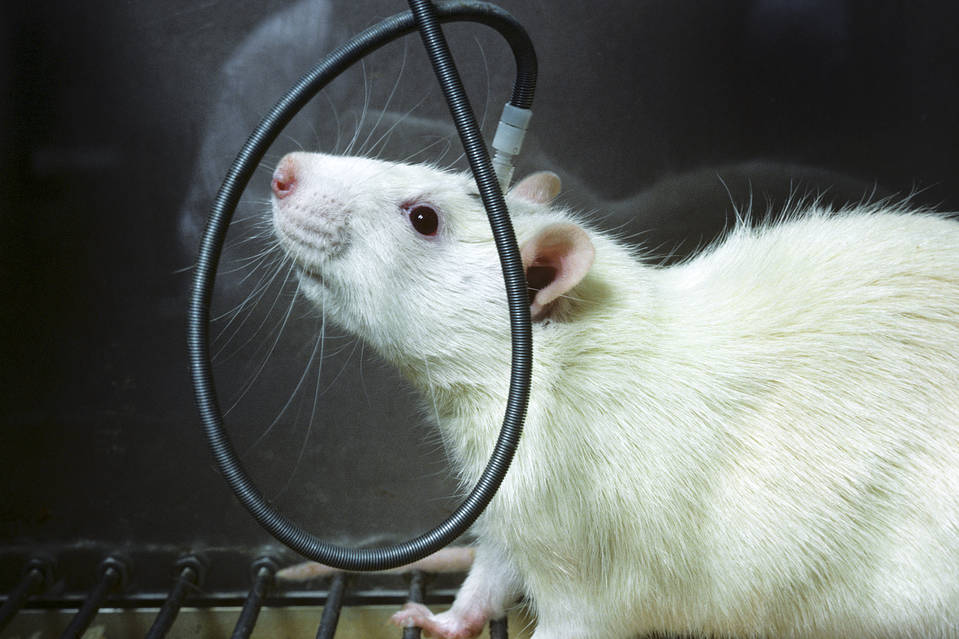 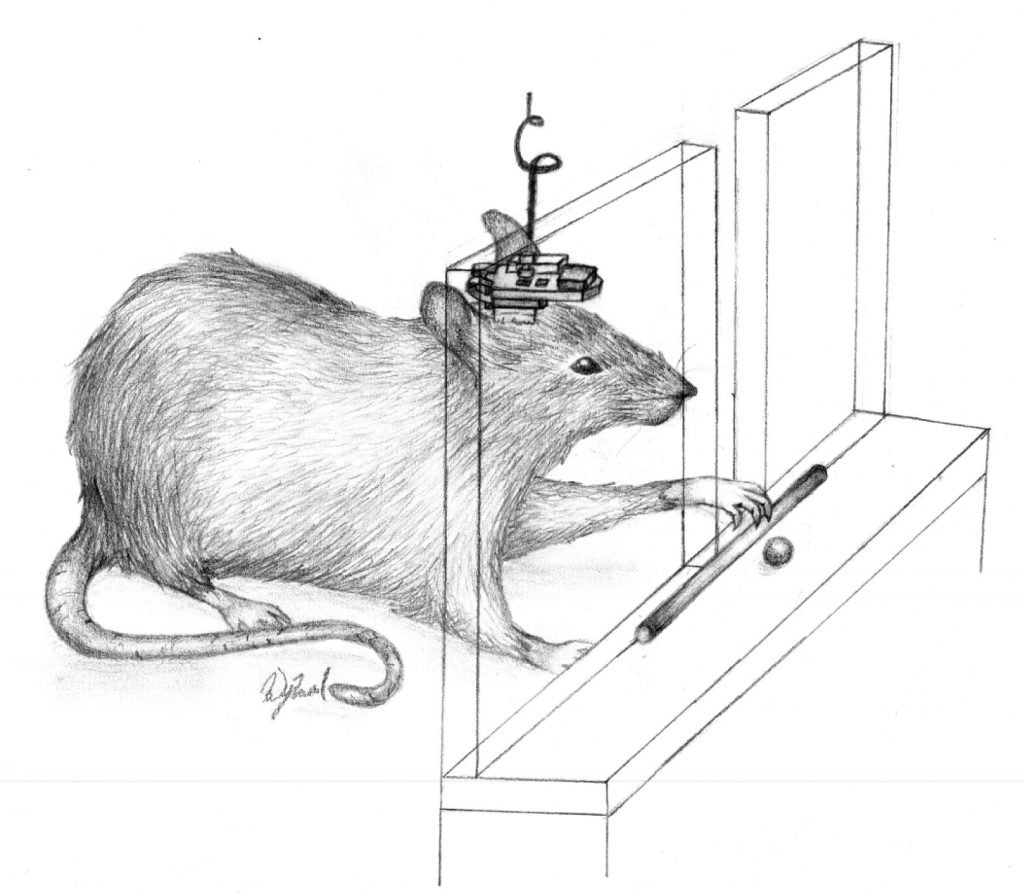 “Ten years ago this month, Nature Neuroscience published the first paper showing that a light-sensitive protein from algae worked—and worked well—at turning on rat neurons. Since then, scientists have used optogenetics in mice, rats, fruit flies, nematodes, and even monkeys. It’s hard to understate the technology’s impact in neuroscience. “Optogenetics has more than anything else let people play the piano in the brain, as opposed to just slamming their whole forearm down on all the keys,” says Joshua Sanes, a neuroscientist at Harvard.”

The Unexpected Science of Manipulating Neurons With Light 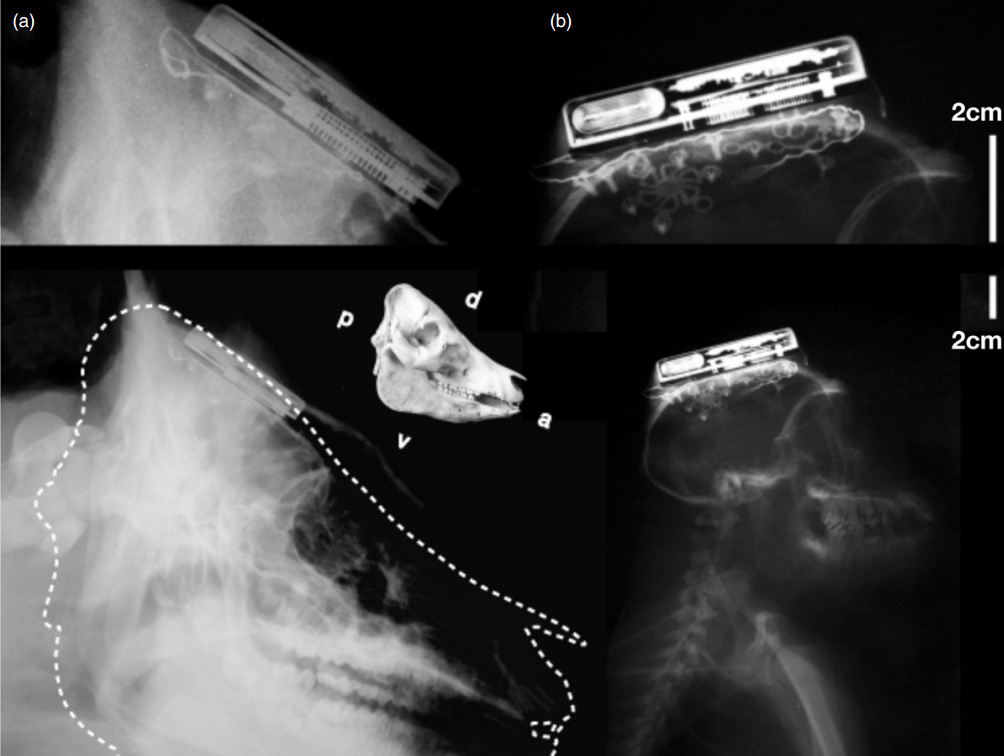 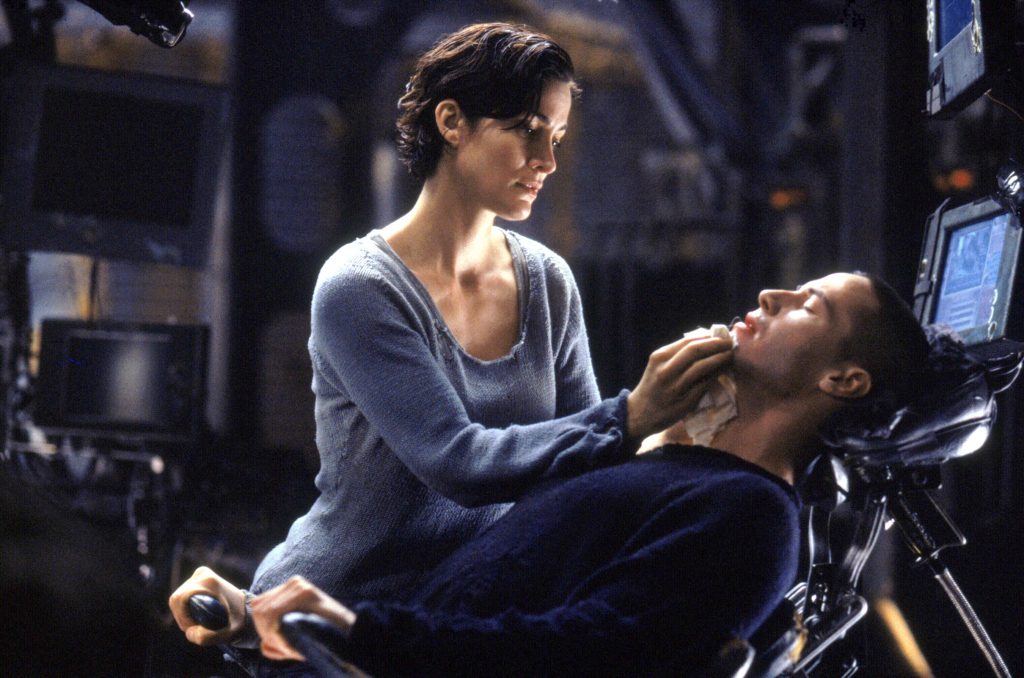 … luckily, mankind does not even understand it’s own brain fully… neither can we simulate it in a computer… so how on earth… should it be possible to make something as intelligent as a human brain? 😀

In Games: It is usually fake intelligence…

on the other hand… if it was possible… it would be damn scary.

“The adult human brain is estimated to contain 86±8 billion neurons, with a roughly equal number (85±10 billion) of non-neuronal cells.”

“The complexity of the task requires a fairly inconceivable 100 billion neurons, interconnected via trillions of synapses”

compare this to “Sandy Bridge” i5 CPUs with Transistors: 1.16 billion

So would 100 i5 CPUs be possible to simulate a human brain?

“The most accurate simulation of the human brain to date has been carried out in a Japanese supercomputer, with a single second’s worth of activity from just one per cent of the complex organ taking one of the world’s most powerful supercomputers 40 minutes to calculate.

Researchers used the K computer in Japan, currently the fourth most powerful in the world, to simulate human brain activity. The computer has 705,024 processor cores and 1.4 million GB of RAM, but still took 40 minutes to crunch the data for just one second of brain activity.”

“Cambridge, Mass. – November 1, 2013 – It doesn’t take a Watson to realize that even the world’s best supercomputers are staggeringly inefficient and energy-intensive machines.

Our brains have upwards of 86 billion neurons, connected by synapses that not only complete myriad logic circuits; they continuously adapt to stimuli, strengthening some connections while weakening others. We call that process learning, and it enables the kind of rapid, highly efficient computational processes that put Siri and Blue Gene to shame.”

There are various aspects of consciousness generally deemed necessary for a machine to be artificially conscious. A variety of functions in which consciousness plays a role were suggested by Bernard Baars (Baars 1988) and others. The functions of consciousness suggested by Bernard Baars are Definition and Context Setting, Adaptation and Learning, Editing, Flagging and Debugging, Recruiting and Control, Prioritizing and Access-Control, Decision-making or Executive Function, Analogy-forming Function, Metacognitive and Self-monitoring Function, and Autoprogramming and Self-maintenance Function. Igor Aleksander suggested 12 principles for artificial consciousness (Aleksander 1995) and these are: The Brain is a State Machine, Inner Neuron Partitioning, Conscious and Unconscious States, Perceptual Learning and Memory, Prediction, The Awareness of Self, Representation of Meaning, Learning Utterances, Learning Language, Will, Instinct, and Emotion. The aim of AC is to define whether and how these and other aspects of consciousness can be synthesized in an engineered artifact such as a digital computer. This list is not exhaustive; there are many others not covered.

Awareness could be one required aspect, but there are many problems with the exact definition of awareness. The results of the experiments of neuroscanning on monkeys suggest that a process, not only a state or object, activates neurons. Awareness includes creating and testing alternative models of each process based on the information received through the senses or imagined, and is also useful for making predictions. Such modeling needs a lot of flexibility. Creating such a model includes modeling of the physical world, modeling of one’s own internal states and processes, and modeling of other conscious entities.

Because objects of awareness are often conscious, the distinction between awareness and consciousness is frequently blurred or they are used as synonyms.[10]

Conscious events interact with memory systems in learning, rehearsal, and retrieval.[11] The IDA model[12] elucidates the role of consciousness in the updating of perceptual memory,[13] transient episodic memory, and procedural memory. Transient episodic and declarative memories have distributed representations in IDA, there is evidence that this is also the case in the nervous system.[14] In IDA, these two memories are implemented computationally using a modified version of Kanerva’s Sparse distributed memory architecture.[15]

Learning is also considered necessary for AC. By Bernard Baars, conscious experience is needed to represent and adapt to novel and significant events (Baars 1988). By Axel Cleeremans and Luis Jiménez, learning is defined as “a set of philogenetically [sic] advanced adaptation processes that critically depend on an evolved sensitivity to subjective experience so as to enable agents to afford flexible control over their actions in complex, unpredictable environments” (Cleeremans 2001).

In 2015, Musk and Y Combinator’s Sam Altman founded OpenAI, a nonprofit with the mission to advance “digital intelligence in the way that is most likely to benefit humanity as a whole.”