So it seems pretty hard to find a grafix-card that runs on completely open source and not closed-source drivers.

we try never the less we try. 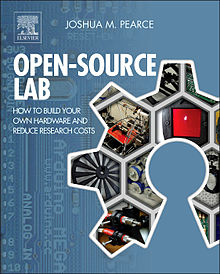 Richard Stallman, the founder of the Free Software movement, was in 1999 skeptical on the idea and relevance of Free hardware (his terminology what is now known as open-source hardware).[59] In a 2015 Wired article he adapted his point of view slightly; while he still sees no ethical parallel between free software and free hardware, he acknowledges the importance.[60] Also, Stallman uses and suggest the term free hardware design over open source hardware, a request which is consistent with his earlier rejection of the term open source software (see also Alternative terms for free software).[60]

Other authors, such as Joshua Pearce have argued there is an ethical imperative for open-source hardware – specifically with respect open-source appropriate technology for sustainable development.[61] In 2014, he also wrote the book Open-Source Lab: How to Build Your Own Hardware and Reduce Research Costs, which details the development of free and open-source hardware primarily for scientists and university faculty.[62][63]

“Intel Native onboard video accelerator is the most well supported on Linux. Intel is ready to merge support for Haswell chip video APIs (VA-API) in kernel 3.8. This is fairly early considering its processors will take more time than that to come to the market. VA-API implementation really boosts graphic performance on the chips and given the powerful current generation of i5s and i7s it should be very competititve.

Nvidia has put in an effort in their 310 drivers and have boosted performance compared to their previous 304 drivers by a significant percentage. But that is all proprietary. On the open source front, nouveau got a rewrite in kernel 3.7 and should be completed by 3.8. This will marginally boost performance. But again this is much later than when the hardware for this became available. Nvidia released Optimus in their video cards around the time 3.0 kernel was released, and it has taken them so long to get it working in Linux (both in the proprietary and the open source versions).

ATI AMD is even worse off if possible. The Radeon is just broken. AMD also recently fired a significant fraction of their employees working on the open source support for their hardware. Currently there are negligible number of employees who have contributed to their open source stack, on their payrolls.