BitCoins BlockChain and the Government – what if the NSA – the biggest employee of mathematicians on this planet – is the inventor “Satoshi” behind the blockchain? (a permanent record that can not be altered) 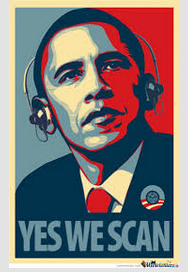 guess one is not the only one thinking that way

“Governments at one time laughed at the cryptocurrency or simply feared it.

They rejected the technology as useless or suitable only for drug dealers and criminals.

Today, China is ready to issue a state-sponsored cryptocurrency with the support of its major technology companies. When President XI Jinping called on the country to accelerate the implementation of blockchain and become a world leader in this technology, crypto markets were happy.

However, no one should be happy. When centralized authorities look at the blockchain, they do not look at it through the prism of freedom, independence and sovereignty. They see what they always see:
Monitoring

The blockchain can become a two-way mirror, a government control right in your pocket.

They see open registries as a way to spy on every transaction. They view the ability to Deposit your keys and lock your funds at the touch of a button as absolute power. And this is exactly what they will create. A digital prison for all mankind.

As state-owned cryptocurrencies spread around the world, all analytical information will flow into the hands of Big Brother. Think about how often you use money during the day and what that money says about you. Wherever you go, whatever you do, everyone you know or sleep with will now be a matter for the government. Everything you buy leaves a deep digital footprint that can be tracked, verified and analyzed using hidden technologies.

This kind of information is completely defenseless before centralized authorities. It’s like heroin. The more they get, the more they want.

It won’t be long before every major government on Earth has its own cryptocurrency standard competing for world domination. China was simply the first to volunteer, but the US will not sit idly by and bear it. As well as Russia and the EU. Even small countries will see their chance to move closer to global dominance by building a truly revolutionary cryptocurrency that will give them the power they could only dream of.

As soon as the national state will release their digital money, it will be too late for the open, decentralized cryptocurrency. Coins that symbolize freedom (Freedom coins) will die a quick death if they do not solve the problem of scaling and do not win popularity among the masses. Anonymous open coins need a killer app, and they need it as soon as possible. If they don’t come up with it soon, it will be the end.

The government is already struggling to destroy the anonymity of private currencies, in an effort to prohibit the mixers and other technologies to preserve confidentiality.
Soon cash will be outlawed

This is the last loophole into the world of anonymity, and governments have already tried to close this door, step by step, inch by inch. Cash is analog technology, and analog technology is always a loophole for digital technology. You may not be able to remove DRM protection from an audio file, but you can always play and record it. The analog gap is insurmountable. Nature hates DRM. Analog technology is the progenitor of privacy technology. And in the modern world of surveillance and control, no one will tolerate any loopholes.

The ban on cash will occur slowly at first, and then simultaneously.”

what if the NSA – the biggest employee of mathematicians on this planet – is the inventor “Satoshi” behind the blockchain?

because of a stupid US court ruling: Snowden won’t get a dime for his book! 🙁

“The court’s ruling is a hack intended to circumvent first amendment limits on what the government can censor,” he told his followers. “They can’t (yet) ban the book, so they ban profit to try and prevent such books from being written in the first place.”

“The National Security Agency knows Edward Snowden disclosed many of its innermost secrets when he revealed how aggressive its surveillance tactics are. What it doesn’t know is just how much information the whistleblower took with him when he left.

For all of its ability to track our telecommunications, the NSA seemingly has little clue exactly what documents, or even how many documents, Snowden gave to the media. Like most large organizations, the NSA had tools in place to track who accessed what data and when. But Snowden, a system administrator, apparently was able to cover his tracks by deleting or modifying the log files that tracked that access.

An Estonian company called Guardtime says it has a solution to that: using the same ideas that underpin the digital currency Bitcoin, the company says it can ensure no one can alter digital files, not even an organization’s most senior executives or IT managers. The idea is to stop the next Snowden in his tracks by making it impossible to tamper with data, such as the NSA log files, in secret.”

the thing is: Open Source against fishy-ness

it is always “fishy” if secret agencies around the globe – as the NSA – the biggest employee of hackers and mathematicians – creates systems of encryption (AES) or software like SELinux that is – per default (not anymore in Debian 10) installed and activated.

Torvalds: “show me the source” here it is: https://github.com/selinuxproject

Unfortunately some Open Source software loads closed source (virtualbox -> usb 2.0 driver extension, but it also works without it, if user does not need usb 2.0 and 3.0).

The “many eyes” principles Open Source and it’s Open Source ( = transparency) nature should prevent any hidden trojans and backdoors that seems to be a very “common thing” to be found in Cisco, Fortinet and other routers and so on.

So there are NSA created products users that use VPN use every day, that might be “okay to use” even when it’s coming from a source like the NSA?

This would mean for BlockChain: can it be used for good?

He is a very funny and intelligent ex-wallstreet guy, but just as people hoped the IPhone would rescue mankind from all evils, the BlockChain and BitCoin will most likely be not “all we need” to battle climate change and settle on Mars. But as any technology – it can be a tool for good or evil.

So in the end – it’s up to mankind’s consciousness – to make conscious decisions pro good – because nobody wants to be “the bad guy” and live in an fu**ed up evil world.

One wonders what many “undeclared” products are out there… that users did not know, were NSA products – that might be closed source NSA products – and then – for sure report to some strange 1984 servers. (Snowden should know X-D)

So closed source programs are more likely to “control the user”, but then: people manage to obfuscate even JavaScript (which comes per default “Open Source” even when not licensed that way) so massively, that even when using “Online JS Beautifier Tools” (thanks for that btw) it still takes ages to figure out what it actually does (GoogleWebToolkit generates file.js of 13MBytes when beautified! X-D, thanks!).

well yes of course, because it can be used for anonymous payments to buy illegal stuff online or back illegal groups (actually thought the parcel companies have some kind of automatic parcel / package scanning to detect if anything illegal is shipped but guess in 2020 still not? (does not increase their profits and it is not required by law X-D)

(guess the intel community is using bitcoins massively themselves X-D)

again and again: Bitcoin exchanges are hacked – while the bitcoin price “the digital gold” is ever growing, simply because the fiat economy does not know where their money is invested best:

like almost all technologies you can use them for good or for evil.

right now crypto-currencies as bitcoins are imho mostly associated with the “dark-net” or became famous on TV in association with “Silkroad Market Place” were mostly illegal stuff was traded.

So if people want to do stupid things with a knife – who is there to keep them from burning their hands? only their own consciousness, awareness, moral, reason, intelligence and maybe the state and laws.

But there is more potential behind the BlockChainCurrency system. It could be used as “alternative” currency for Dollar and Euro and there is were the shit get’s thick, because it directly attacks the power of central banks (run by private individuals) to be the only legal issuer of legal tender (colorful printed cotton-paper backed by nothing but the trust of people in it).

and there again comes the critical part: Trust.

If the BitCoin-Software running on many many servers gets hacked – it is possible to compromise all servers running that software – lowering people’s trust in the system.

And you can bet on that, that NSA and Co. (labeled by Snowden as the “biggest hacking organisation of the planet” will try to do exactly that.

Trust is the “real currencies” issued by central banks – the only reason why things as the Dollar or the Euro work – is people trust in it – it’s not backed by anything (Gold, Oil, Weed, Grain, nothing).

Whenever an part of the BitCoin-System is hacked – it will lower the prices for BitCoins and also the trust of people into that new fancy system (see MtGox).

Bitcoin Core ensures every block and transaction it accepts is valid, increasing not only your security but also helping prevent miners and banks from taking control of Bitcoin.

Bitcoin Core provides exclusive privacy features that can make it hard for anyone to link you to your transactions.

Bitcoin Core uses more resources than other wallets, but it’s still convenient to run on most computers and Internet connections.

Bitcoin Core helps support other peers. This isn’t as useful as helping to keep Bitcoin decentralized, but it’s an easy way for broadband users to contribute to less well-connected users.