if it’s a great SciFi show or not is up for debate. The title is great. The intro is fantastic. The cover design is great.

The plot is (at least partly) pretty confusing and the show ends with an open ending … (it was saved once, by Jeff Bezos himself, and the makers probably hope for more funding? So far not in sight.)

“The Expanse is a 10 book (9 novels & 1 short fiction collection) science fiction series from James S.A. Corey, the pen name for a collaboration between Daniel Abraham and Ty Franck.

The books are numbered here in publication order, which is the order recommended by the authors. There is also an alternative chronological order.”

“James S. A. Corey is the pen name used by collaborators Daniel Abraham and Ty Franck, authors of the science fiction series The Expanse.” (src)

What was nicely designed is the different groups with their different accents (most noticeable “The Belters“, humans, that were born in low gravity and grew up in low gravity, thus unable to adapt to high-gravity planets like Earth or Mars (so the story goes), are doing all the “dirty” work like mining asteroids, they have a “pirate” slang that sounds “Caribbean” to me, “Bossman”, but many words might originate from other languages than English, like “Beratna” (“Bratna” means brotherhood in Russian)). 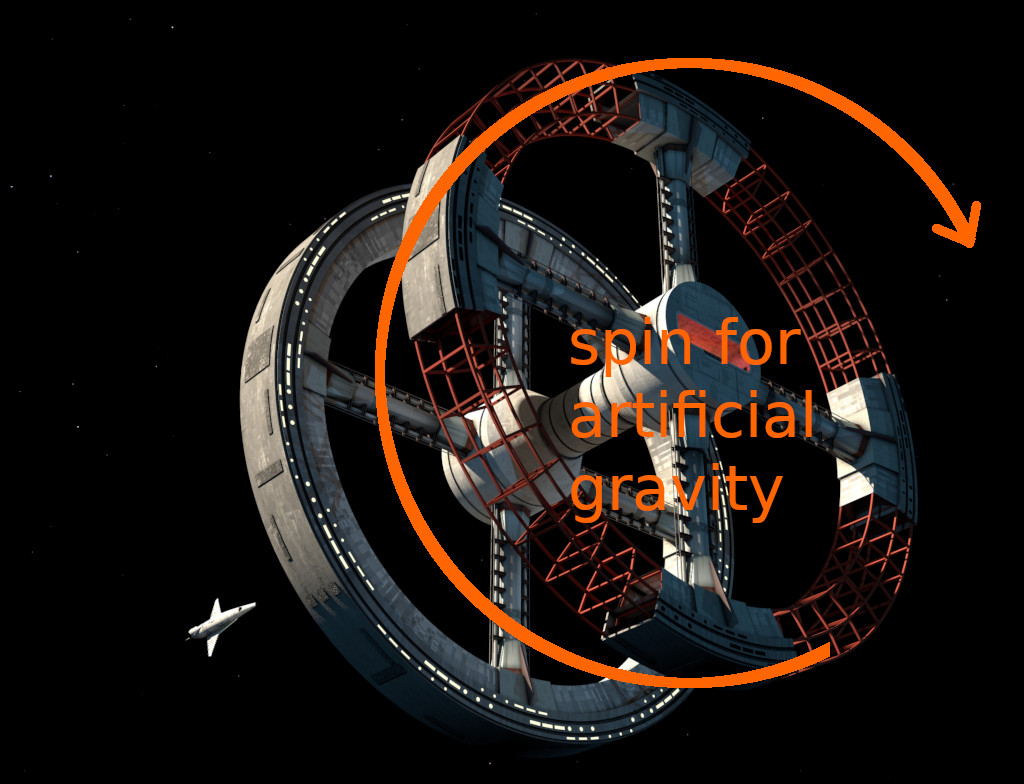 So when the Belters have a hard time adapting to high gravity environment (as can be seen, when astronauts return from space missions, being unable to lift their own weight, bone density decreased and so on).

Staying in space WITHOUT artificial gravity (which can simply be made by a spinning wheel as shown by Kubrick 1968 classic “2001: A Space_Odyssey”) – for longer – might come with multiple unwanted consequences:

of course: the daily “radiation” weather forecast, are just as important as proper shielding of the space craft and a save-rooms for Astronauts.

btw: not a big fan of SpaceX’s “diver” with “heat-shield-tiles” approach of landing the Starship (It is very risky, and failed the SpaceShuttle, why should it work this time? If one tile comes off… boom. (only difference, StarShip might sustain heat-tile loss a bit longer because of stainless-steel hull.. but still…  at high speeds, the atmosphere becomes a cutting torch, really want to risk that?)

Why not do it as with Falcon 9 and have multiple retrograde burns to slow down descent through atmosphere?

(this user here says, “because it would need too much fuel”, with orbital refueling, that would not be a problem right?)

what scifi goodies might still be out there, that man has never seen before?