THE most controversial filesytem in the known universe: ZFS – so ext4 is faster on single disk systems – btrfs with snapshots but without the zfs licensing problems

ZFS is probably THE most controversial filesytem in the known universe:

“FOSS means that effort is shared across organizations and lowers maintenance costs significantly” (src: comment by JohnFOSS on itsfoss.com)

“Mathematicians have a term for this.  When you rearrange the terms of a series so that they cancel out, it’s called telescoping — by analogy with a collapsable hand-held telescope.

In a nutshell, that’s what ZFS does: it telescopes the storage stack.

That’s what allows us to have:

“The whole purpose behind ZFS was to provide a next-gen filesystem for UNIX and UNIX-like operating systems.” (src: comment by JohnK3 on itsfoss.com)

“The performance is good, the reliability and protection of data is unparalleled, and the flexibility is great, allowing you to configure pools and their caches as you see fit. The fact that it is independent of RAID hardware is another bonus, because you can rescue pools on any system, if a server goes down. No looking around for a compatible RAID controller or storage device.”

“after what they did to all of SUN’s open source projects after acquiring them. Oracle is best considered an evil corporation, and anti-open source.”

“it is sad – however – that licensing issues often get in the way of the best solutions being used” (src: comment by mattlach on itsfoss.com)

“Zfs is greatly needed in Linux by anyone having to deal with very large amounts of data. This need is growing larger and larger every year that passes.” (src: comment by Tman7 on itsfoss.com)

“I need ZFS, because In the country were I live, we have 2-12 power-fails/week. I had many music files (ext4) corrupted during the last 10 years.” (src: comment by Bert Nijhof on itsfoss.com)

“some functionalities in ZFS does not have parallels in other filesystems. It’s not only about performance but also stability and recovery flexibility that drives most to choose ZFS.” (src: comment by Rubens on itsfoss.com)

“Some BtrFS features outperform ZFS, to the point where I would not consider wasting my time installing ZFS on anything. I love what BtrFS is doing for me, and I won’t downgrade to ext4 or any other fs. So at this point BtrFS is the only fs for me.” (src: comment by Russell W Behne on itsfoss.com)

bachelor projects are written about btrfs vs zfs (2015)

it will have to recompile for every kernel update!

“No one can predict the future, but for that to happen, all copyright holders would have to sign off, and there are lots of them, including Oracle and other big corporations.  It’s hard to imagine them caring about this.”
That’s harsh.

ext4 is good for notebooks & desktops & workstations (that do regular backups on a separate, external, then disconnected medium)

is zfs “better” on/for servers? (this user says: even on single disk systems, zfs is “better” as it prevents bit-rot-file-corruption)

zfs has awesome features such as:

how much space do snapshots use?

look at WRITTEN, not at USED. 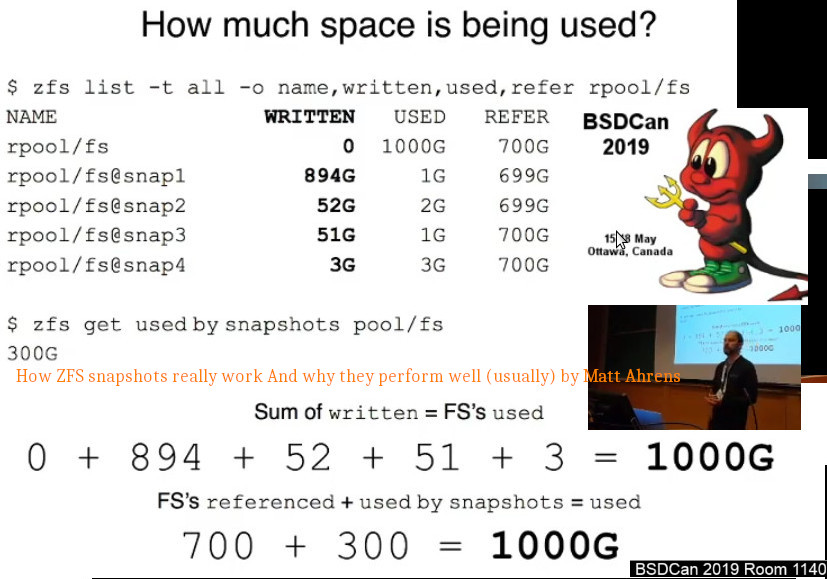 so on a single-drive system, performance wise ext4 is what the user wants.

on multi-drive systems, the opposite might be true, zfs outperforming ext4.

it is a filesystem + a volumen manager! 🙂

“is not necessary nor recommended to partition the drives before creating the zfs filesystem” (src, src of src) 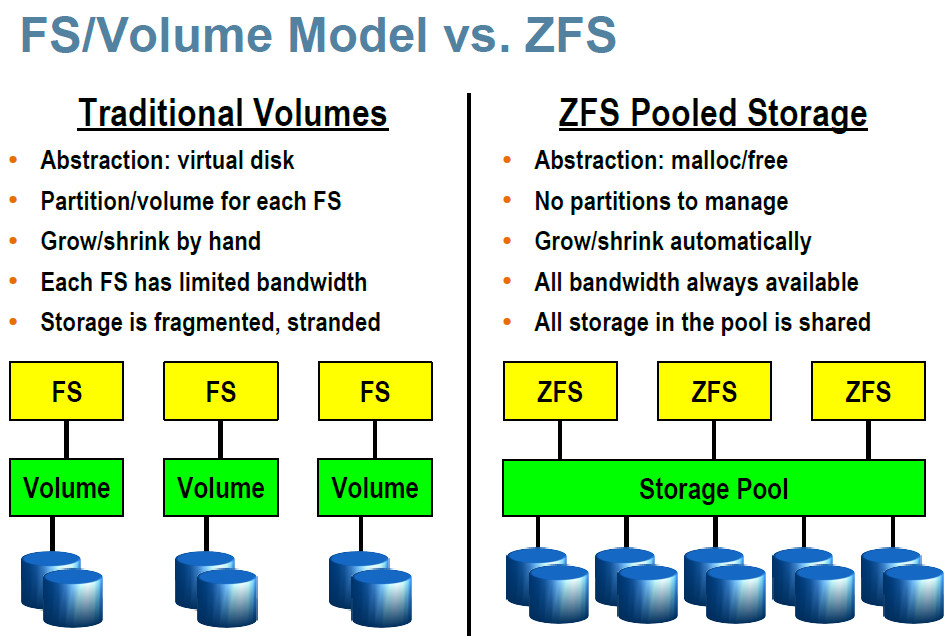 more RAM is better than an dedicated SSD/NVMe cache, BUT zfs can do both! which is remarkable.

“our ZFS support with ZSys is still experimental.”

Linus: “And honestly, there is no way I can merge any of the ZFS efforts until I get an official letter from Oracle that is signed by their main legal counsel or preferably by Larry Ellison himself that says that yes, it’s ok to do so and treat the end result as GPL’d.” (itsfoss.com)

comment by vagrantprodigy: “Another sad example of Linus letting very limited exposure to something (and very out of date, and frankly, incorrect information about it’s licensing) impact the Linux world as a whole. There are no licensing issues, OPENZFS is maintained, and the performance and reliability is better than the alternatives.” (itsfoss.com) it is Open Source, but not GPL licenced: for Linus, that’s a no go and quiet frankly, yes it is a problem.

“this article missed the fact that CDDL was DESIGNED to be incompatible with the GPL” (comment by S O on itsfoss.com)

it can also be called “bait”

“There is always a thing called “in roads”, where it can also be called “bait”.

“The article says a lot in this respect.

“That Microsoft founder Bill Gate comment a long time ago was that “nothing should be for free.”

That too rings out loud, especially in today’s American/European/World of “corporate business practices” where they want what they consider to be their share of things created by others.

Just to be able to take, with not doing any of the real work.

License (CDDL) 1.0 says use it for free, find our bugs, but we still have options on its use, later on downstream.

And nothing really is for free, when it is offered by some businesses, but initial free use is one way to find all the bugs, and then begin charging costs.
And it it has been incorporated into a linux distribution, then the linux distribution could later come to a legal halt, a legal gotcha in a court of law.

That businesses (corportions have long life spans) want to dominate markets with their products, and competition is not wanted.

So, how do you eliminate or hinder the competition?

Imagine this: just as with Java, Oracle might decide to change the licence on any day Oracle seems fit to “cash in” on the ZFS users and demand purchasing a licence… #wtf Oracle

Guess one is not alone with that thinking: “Linus has nailed the coffin of ZFS! It adds no value to open source and freedom. It rather restricts it. It is a waste of effort. Another attack at open source. Very clever disguised under an obscure license to trap the ordinary user in a payed environment in the future.” (comment by Tuxedo on itsfoss.com)

“Licenses of OpenZFS and Linux are incompatible”

“You cannot change the license when forking (only the copyright owners can), and with the same license the legal concerns remain the same. So forking is not a solution.” (comment by MestreLion on itsfoss.com)

of course users can say “haha” 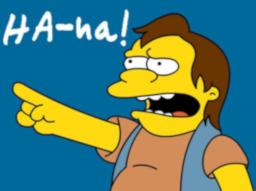 or come up with a smart file system, tha can do snapshots.

how to on GNU Linux Debian 11:

the idea is to:

Caution: If you are in a poorly configured environment (e.g. certain VM or container consoles), when apt attempts to pop up a message on first install, it may fail to notice a real console is unavailable, and instead appear to hang indefinitely. To circumvent this, you can prefix the apt install commands with DEBIAN_FRONTEND=noninteractive, like this:

but than the user would miss out on the zfs awesome restore snapshot features, which would mean:

as can be seen: zeros compress really really well 🙂 (so it is way faster with writing & reading zeros with compression lz4 enabled (yes lz4 is also a very fast compression algorithm, there was some CPU usage going up shortly (few seconds) to 40%))

Warning! this test will install a lot of stuff (including php-cli) and possibly upload a lot of system details to openbenchmarking.org

tried to use the exact settings of this zfs vs ext4 benchmark: 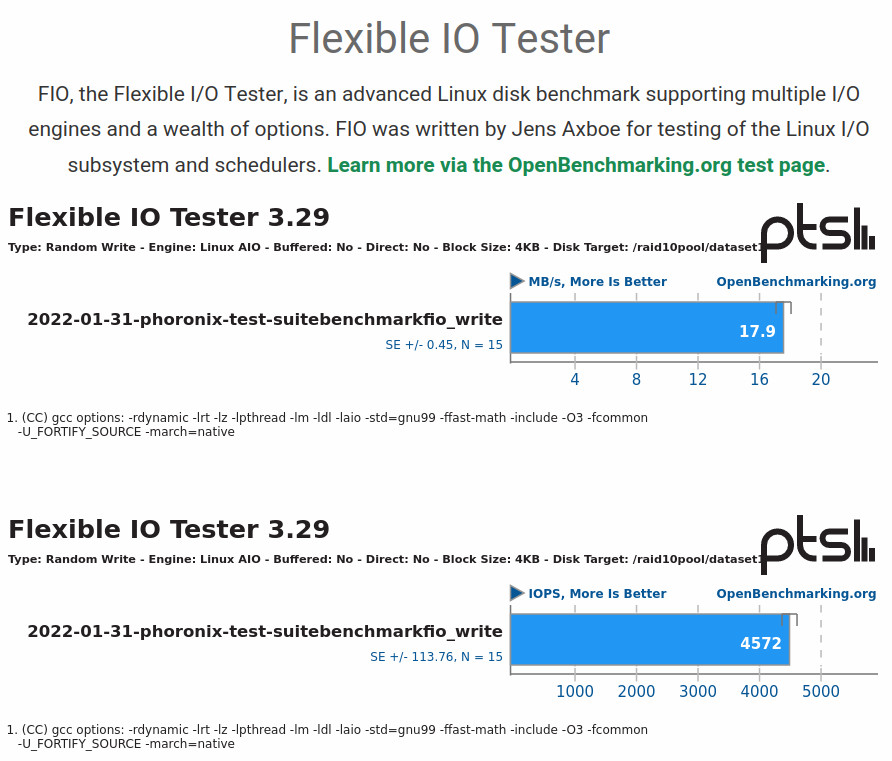 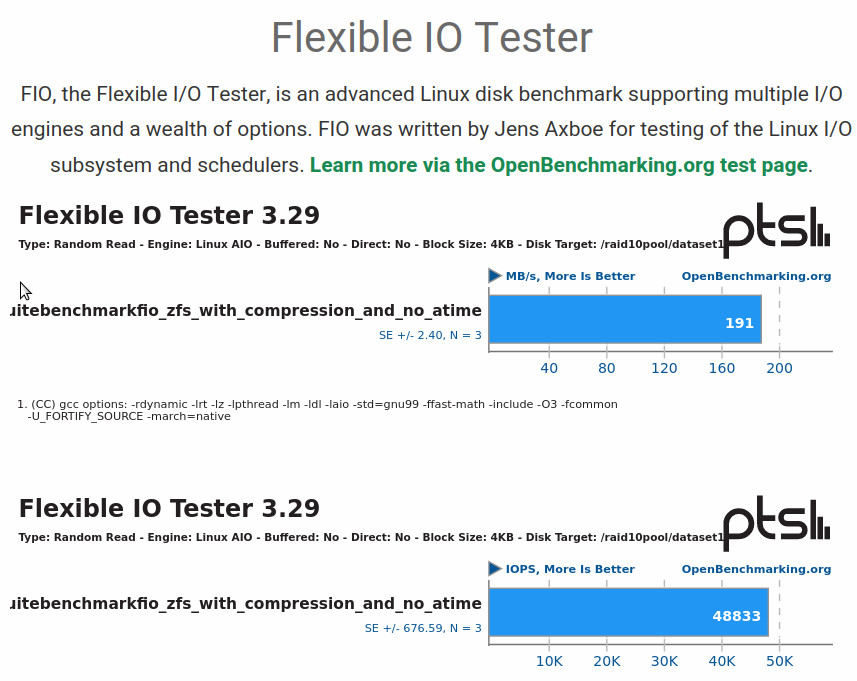 wow! if that was correct, it would be really really bad 17.9MBytes/sec of write performance can’t possibly be right.

this can be simply proofed wrong by:

how to setup the test suite:

for getting maximum performance out of zfs: https://serverfault.com/questions/617648/transparent-compression-filesystem-in-conjunction-with-ext4

but be aware of the pitfalls!

Ashift is per vdev, and immutable once set. This means you should manually set it at pool creation, and any time you add a vdev to an existing pool, and should never get it wrong because if you do, it will screw up your entire pool and cannot be fixed.” (src: jrs-s.net)

creditz4: https://openzfs.org/wiki/Main_Page to make zfs available to GNU Linux at all (despite the licence catastrophe)

no creditz4: https://linuxhint.com/install-zfs-debian/ for misguiding users to use DRIVE LETTERS for zfs pool creation that will get users in trouble!