from the TL-WA901ND menu: “Bridge with AP – In Bridge with AP mode, this device can be used to combine multiple local networks in distant hard-to-wire distant together to the same one via wireless connections. While bridging with other APs, this device can also act as an access point at the same time to create a local wireless network for all Wi-Fi devices.”

can NOT recommend TL-WA901ND <-bridge-with-ap-mode-> TL-WA901ND, get frequent disconnects/reconnects (every ~20min for 30sec? it also might be to bad signal-receipten or something disturbing the signal at that rate) to extend StarLink WIFI and older tp-link + external antenna has performed better (2.4Ghz (b+g) only = slower but better range/stable signal).

(tthe WA901ND can do 2.4Ghz and 5Ghz but do not reach the 450MBit/s anyway, also hint: when TL-WA901ND v5 wifi channel is set to “auto” it will (randomly?) select a new channel on every reboot/restart) 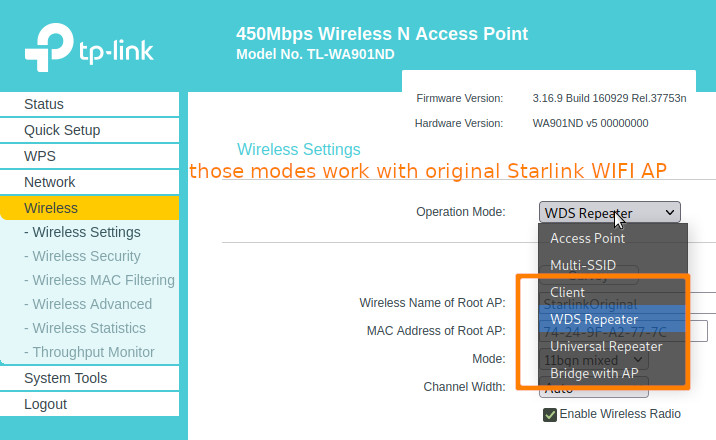 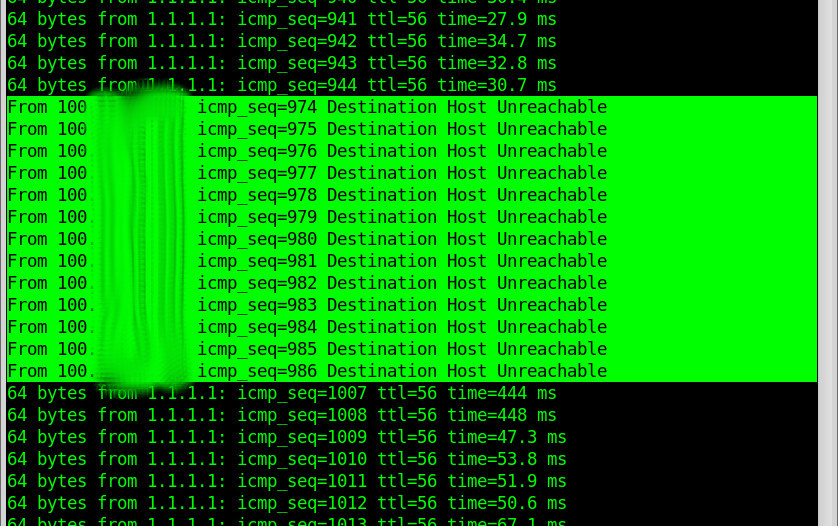 the Antennas of the TL-WA901ND are detachable 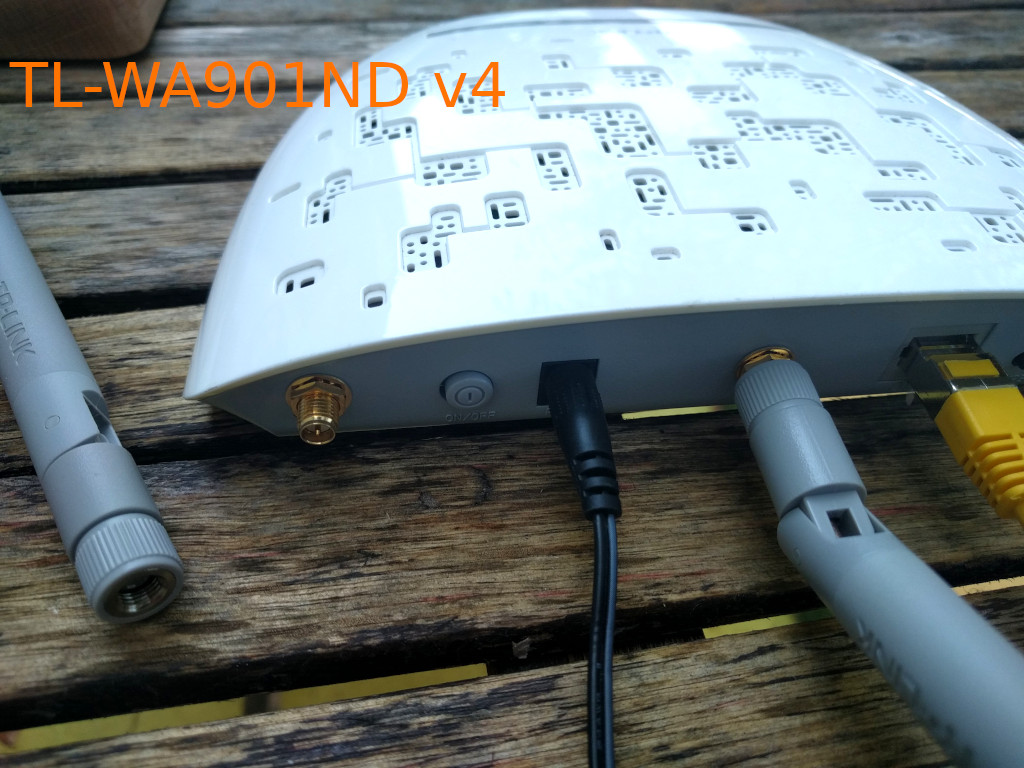 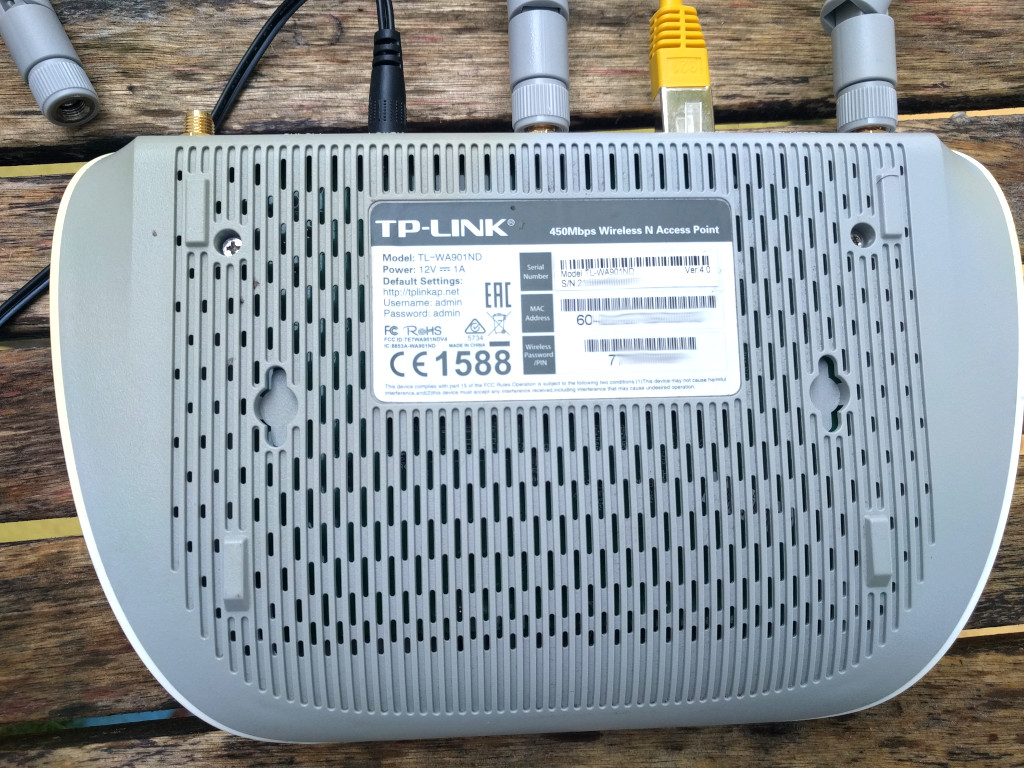 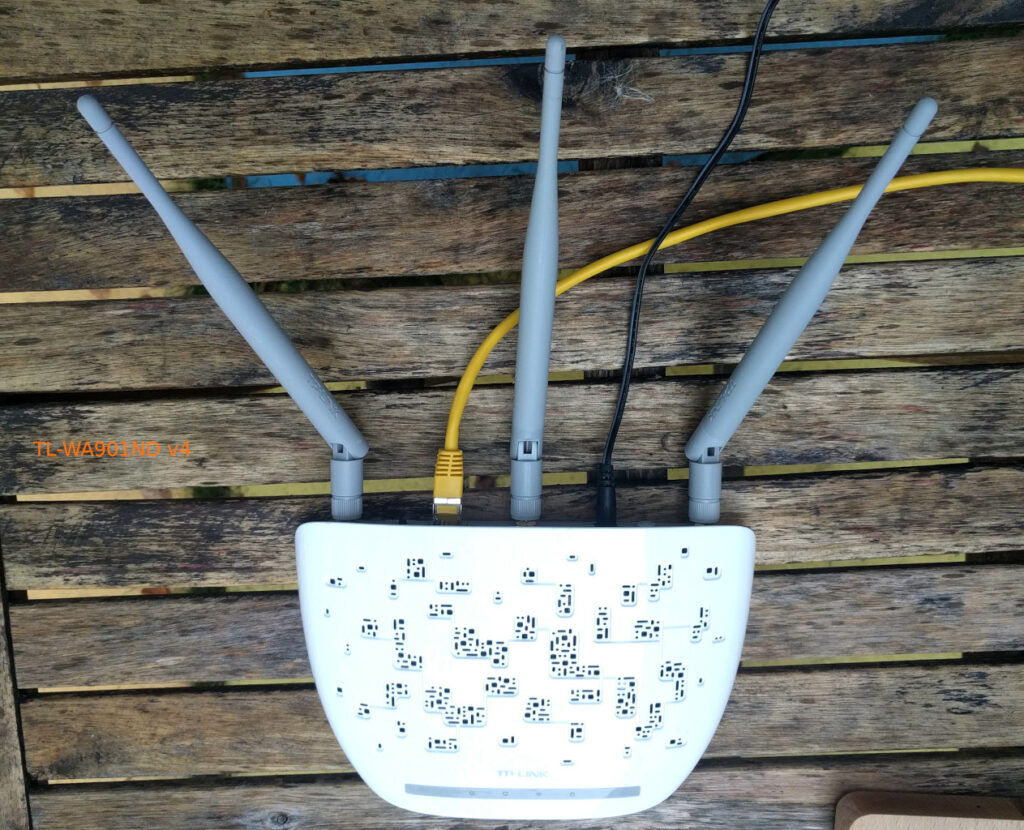 there seem to be even more differences as ONLY the WA901ND supports WDS bridging: so if user wants that: 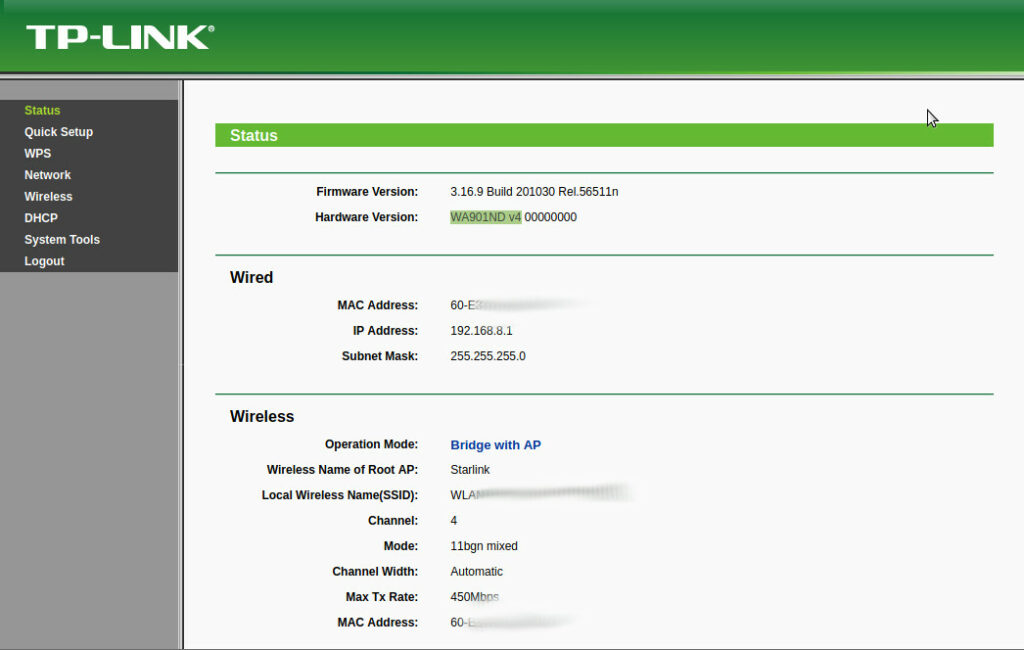 this is a screenshot of a TL-WA901ND, and realized that those 3 Wireless Operation Modes are missing from the TL-WA901N 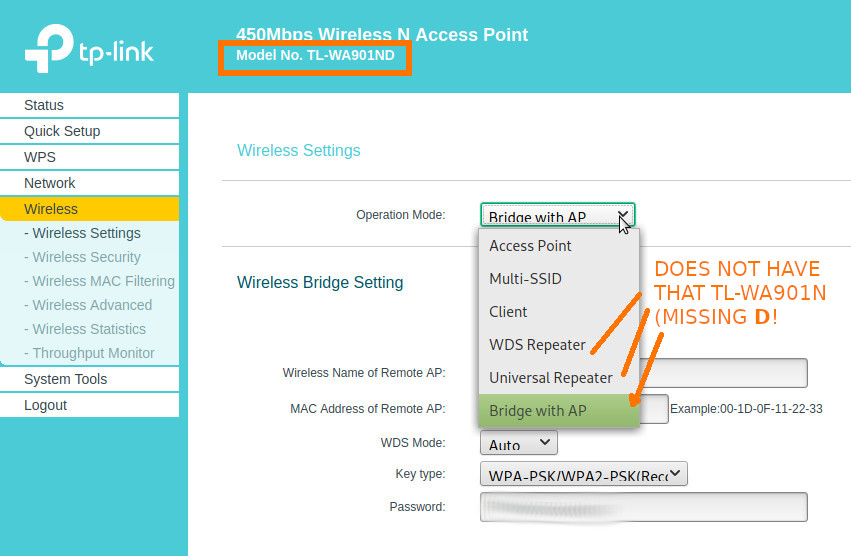 does it work, fast & reliably?

but right now DATE: 2021-08-29 TIME: 22:13:28 experiencing frequent outages… like every 20min, it has to reconnect for some reason, which results in several seconds of “offline”, which is, of course, inacceptable.

is it “relevant” if it drops connection every now and then for 5 to 10 sec?