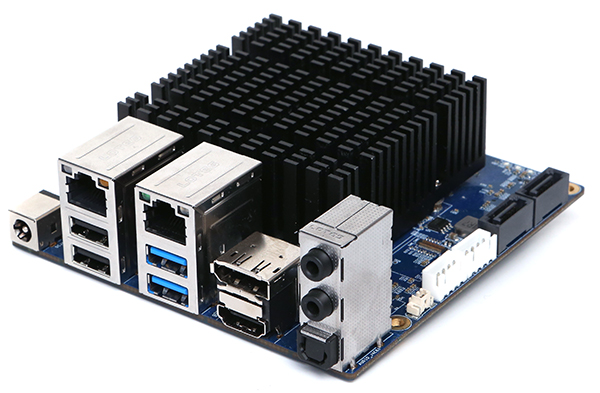 while Spectre & Meltdown based hack was observed in the wild, going with RISC-V SoC or AMD based SoC (CPUs & Mainboards) might be the better / safer option.

“No announced RISC-V silicon is susceptible, and the popular open-source RISC-V Rocket processor is unaffected as it does not perform memory accesses speculatively.” (2018-01-05 src)
“If you’re selling an IoT sensor for 1 USD, how can you suddenly triple your costs by integrating secure technology, either forcing your market to bear the weight (if it will), or forcing your own company to vastly decrease its profit margins. None of this is sustainable in an ecosystem where the average ARM Cortex-M0+ costs under 0.60 USD per unit at volume with no trusted element.
My solution? RISC-V. With custom, open source, RISC-V processing technology, we can build secure processors with trust elements at a fraction of the cost of ARM processors. Integrating the RISC-V architecture into Lab Mouse, we can then offer a secure platform that is finally cost-effective.
So, in 2016, I researched the RISC-V architecture and joined the RISC-V consortium. I currently sit on the Debug, Security, and general ISA groups and hope to soon get back to participating more heavily. In 2017 at Hack in the Box Amsterdam, I demonstrated security flaws in the RISC-V processor architecture that are now resolved, proving that I put in the effort to research the architecture to ensure it is resilient enough for use in the Lab Mouse solution.” (src) 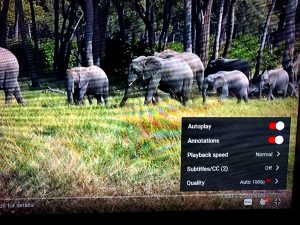 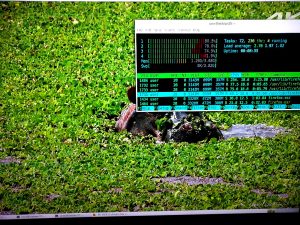 Hardkernel is SouthKorea based, import tax might apply, currently 130€ @ pollin (should ship all over Europe).

what else will one need:

(WARNING! could come with a different one! (because of supply problems with intel checkout the odroid h2 forum)

Celeron used to be a synonym for slow… not anymore:

“Celeron J4105 is a quad-core 64-bit x86 desktop microprocessor introduced by Intel in 2017. This processor is based on Goldmont Plus microarchitecture and is manufactured on a 14 nm process. The J4105 operates at 1.5 GHz with a burst frequency of 2.5 GHz and a TDP of 10 W. This MPU incorporates Intel’s UHD Graphics 600 GPU operating at 250 MHz with a burst frequency of 750 MHz.” (src: wikichip.org)

how and what to boot? setup Debian:

had to use the realtek closed source blob firmware to get network running. 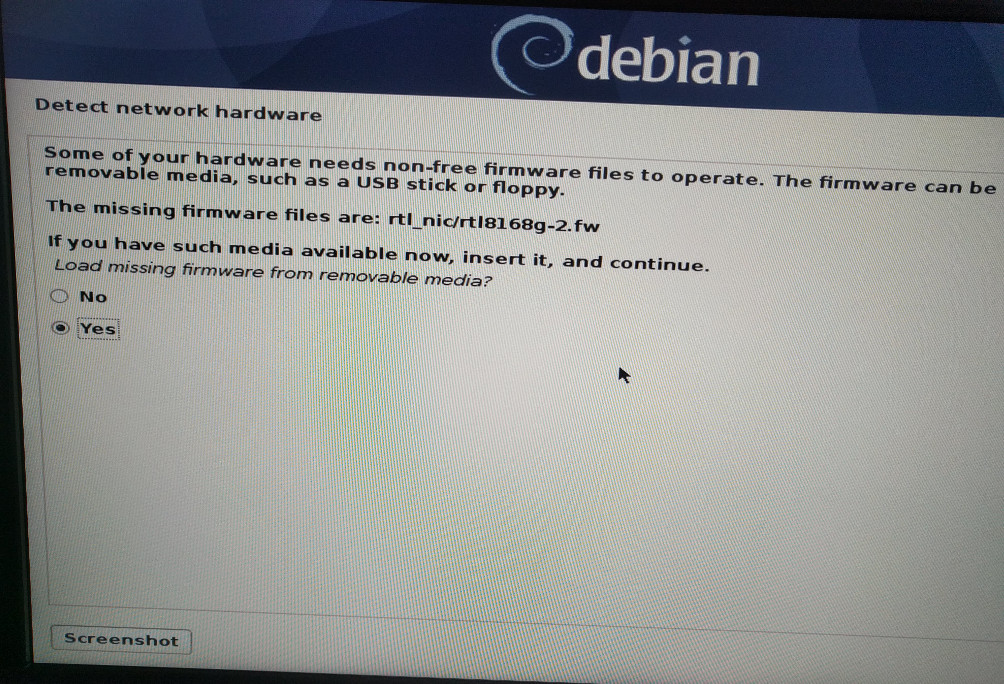 and unpack it onto a fat32 stick like this:

cpu gets warm up to 70 °C still heatsink can be touched with hand, CPU does not throttle down! (stays at 2.2 Ghz!) 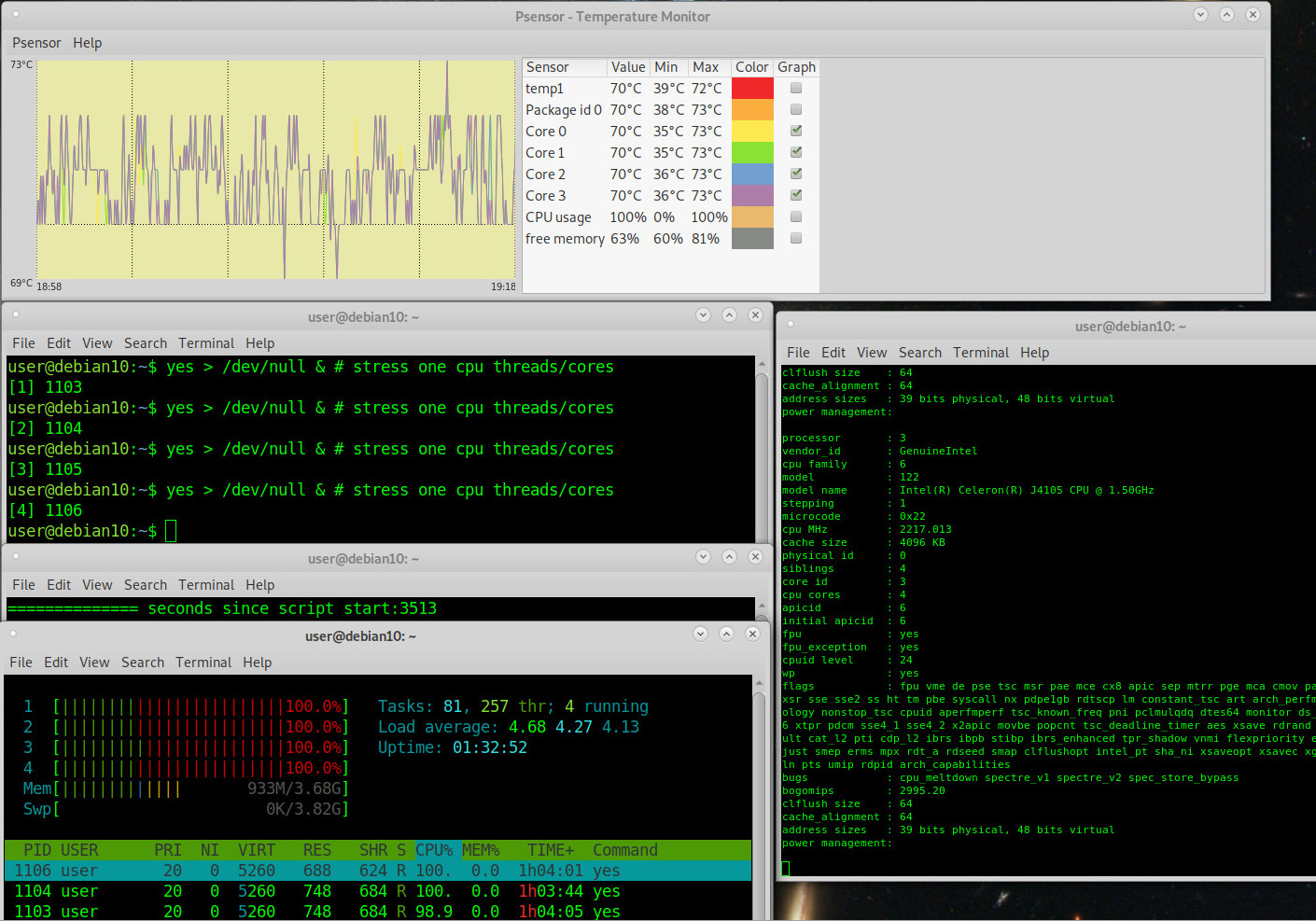 was a little sceptical at first if the Celeron (which is not known for fast CPU computation) can pack a punch. 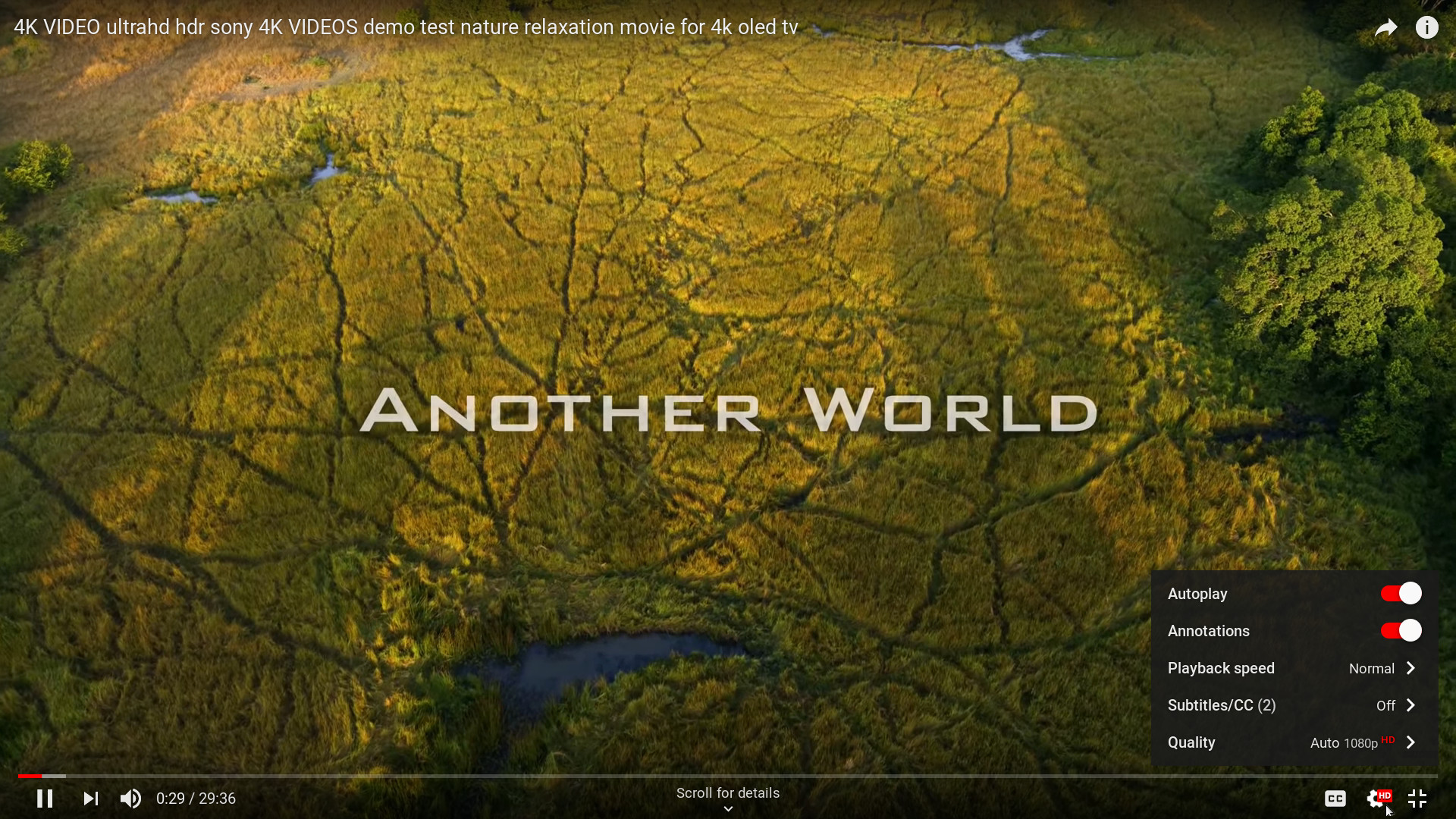 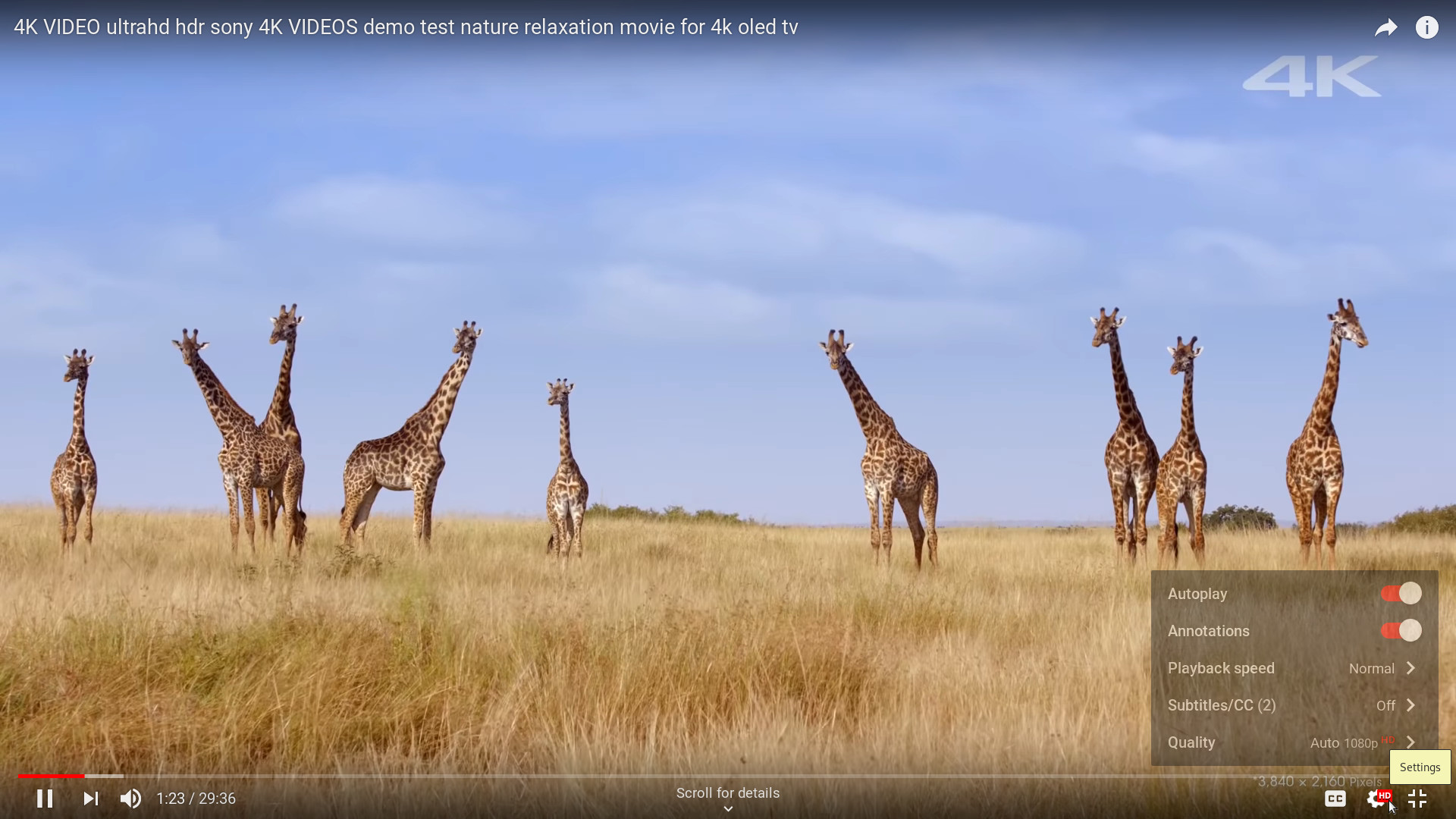 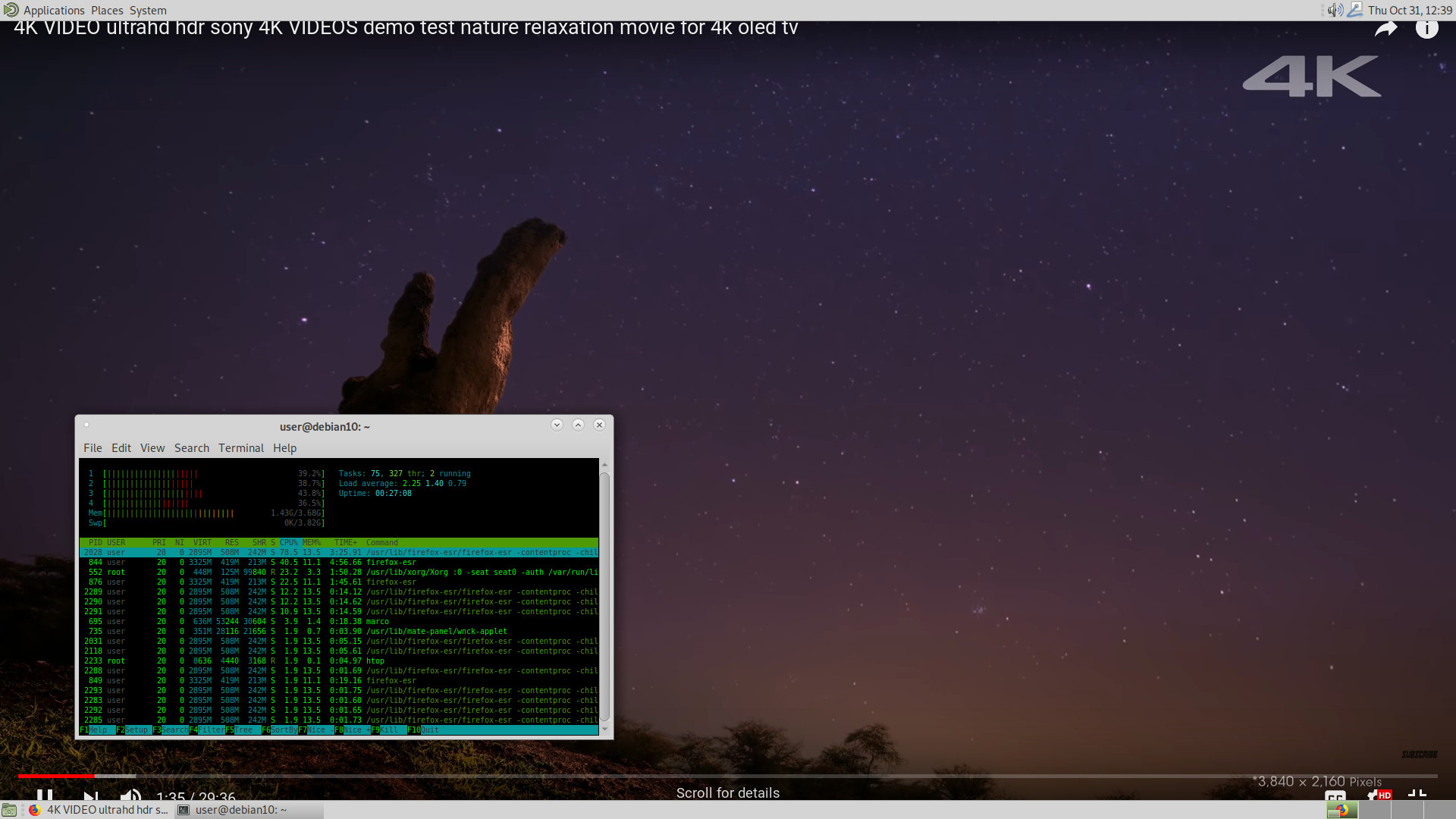