When you have to replace a switch, a router or a network card’s driver… since windows 7 it tries to detect if you are in an internet cafe (public) or at work (work) or at home (private) and set’s firewall profiles accordingly (strict, medium, loose).

This feature tries to increase security – but it can really get on your nerves. Because it might change the network type under Windows Server 2012 R2 WITHOUT asking you. Under windows 7 you should get the following notice: 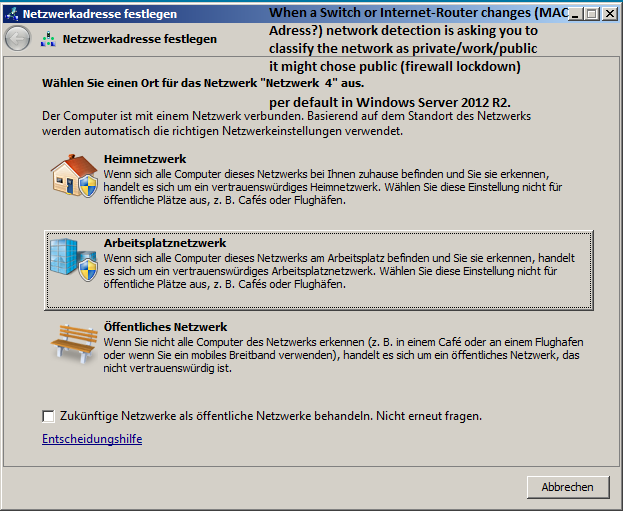 Backup from: How to Change your Network Profile in Server 2012 (thanks!)

In Server 2012, Administrators can no longer change the network profile in Network and Sharing Center, they can view just not change. (WTF?) 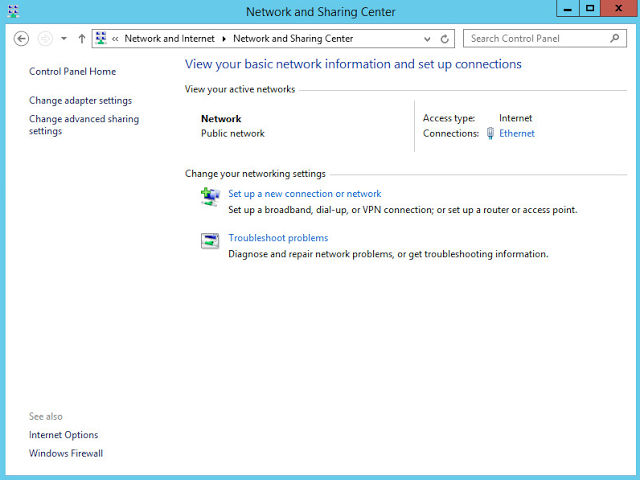 Public means basically: LOCKDOWN, no remotedesktop no SQL no nothing.
To change the network profile you must use the new PowerShell cmdlets introduced in PowerShell version 4 in Windows Server 2012.

Please refer to the following screenshots for performing this procedure.

After making this change, it will update in Network and Sharing Center. 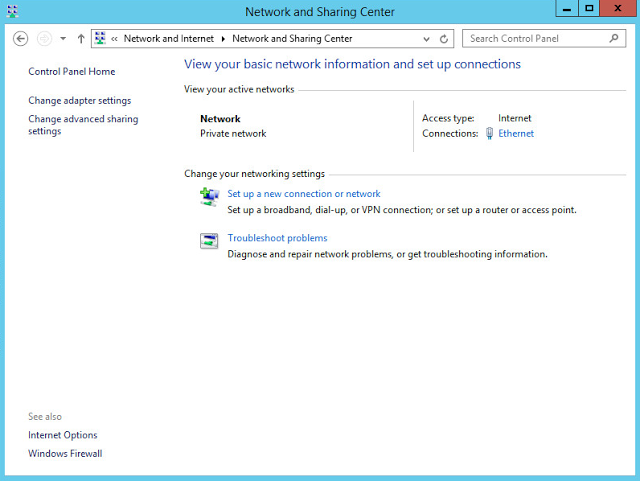 The default profile in Windows Server 2012 is public. This changes automatically when you join the server to the domain however in the event your server is not to be joined to the domain, you need to change the profile manually yourself. In this instance I’m setting up a stand alone offline certificate authority which must not be domain joined. As a result I needed to configure this manually.

while the above command might “fix” your firewall problem.

what it actually does is DISABLE the firewall entirely which probably DOES NOT make your system/server more secure. 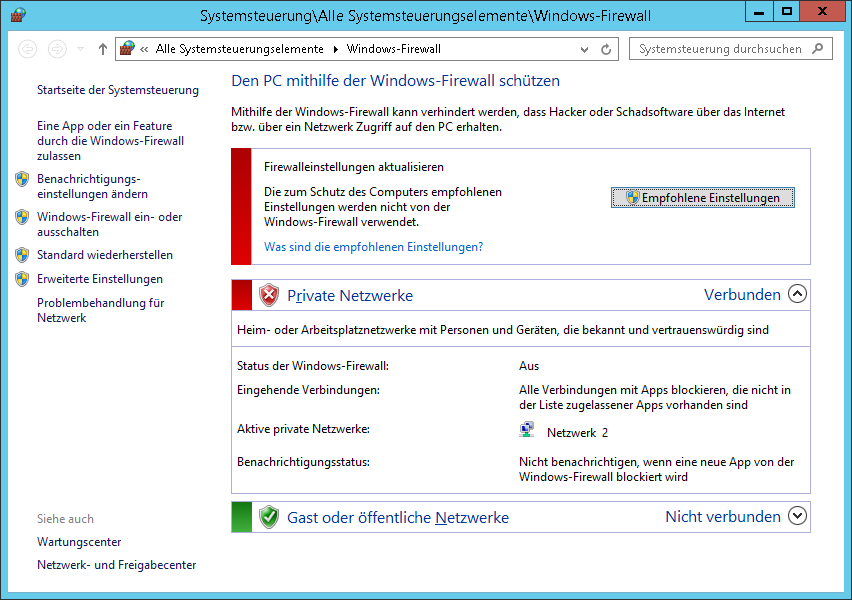 can’t really call this a solution, can you?

it would be wiser to disable NLA per default by factory.

That’s also why i hate updates…
NEVER EVER CHANGE THINGS AUTOMATICALLY ON A SERVER!