it is ALWAYS a good idea to use ssh -v for enhanced debugging-output-info messages.

“ECDSA: The elliptic-curve (EC)DSA algorithm is supposed to help us combat these quantum computational attacks, while generating keys with significantly smaller key size without compromising the level of security.” (src)

“The book Practical Cryptography With Go suggests that ED25519 keys are more secure and performant than RSA keys.” (src)

it is assumed that the user has setup public-private-key-authentication and tested its workings and tightened security to only allow public-private key auth of specific non-root users.

giving a passphrase seems like a good idea, because it will protect your key (if passphrase is sufficiently strong) if it get’s stolen.

So even if somebody manages to hack into the user’s client and steal the private ssh-key – it won’t be usable without the password (unless even that passphrase is keytroke captured).

downside of pass-phrases: can’t (well) automate processess that use ssh for backup purposes such as rsync every monday at 00:00 o’clock this folder to this server, if a passphrase is in use.

what is really really usefull, is running this script (on server AND client) to debug possible problems during ssh connections.

it is conveniant to give everybody access to everything… but in the end you will have some evil ransomeware asking for money to restore your files.

physical security: could do it like this, keep your ssh key on an (truecrypt-encrypted? 😀 (not 100% plausible denyability… (they can tell there is something on the stick besides music, but atleast encrypted) stick that the user wears like a neckless? 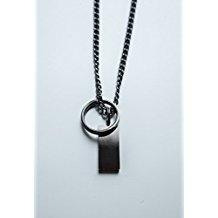 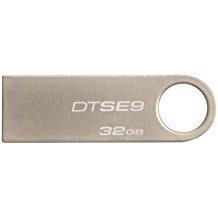 add the same username to client and server

no. but the problem is: the longer the keys, the slower (cpu heavy) becomes the encryption/slowing down the connection or file transfer.

more cpu is needed – but in general probably bandwidth is the limiting factor if you operate over the internet.

ssh-agent is usually started in the beginning of an X-session or a login session, and all other windows or programs are started as clients to the ssh-agent program.

Through use of environment variables the agent can be located and automatically used for authentication when logging in to other machines using ssh(1).”

You can actually cache-per-session your passphrase with the ssh-agent.

cool things to do with ssh: https://dwaves.de/2017/05/08/remote-desktop-gnu-linux-x11-forwarding-gui-output-run-process-on-server-while-graphical-output-is-on-client-ssh-x-encrypted-tunneling-of-graphical-output-of-programs-vnc-job-control/